As creators, we have a moral obligation to understand the message in the games we make. This is how I think about a game's message and what I did for my own game, Mech Armada.
Sergio Garces
Blogger
April 22, 2021

Many years ago, I was casually browsing a bookstore’s shelves when I saw a book titled The Simpsons and Philosophy and my curiosity was piqued. As you might expect, the book made several points about philosophy and ethics based on the content of the popular TV show. It’s real, you can find it here.

I don’t remember all the specific points the book was trying to make about Aristotle or Nietzsche, so my main take away was this: everything around us speaks to the human condition in one way or another. Even what seems on the surface as pure entertainment is shaping the way we think and behave. It’s part of our culture.

Some years later, I was working on the game [Prototype]. It’s a third-person action adventure game where you play as Alex Mercer, who after being infected develops extraordinary powers and has to unravel a conspiracy while the military hunts him down. The game is enjoyable and was well reviewed. Players appreciated the fluid controls and variety of over-the-top attacks and enemies.

You could stop your analysis there and say that spending some time wrecking havoc around Manhattan is just entertainment. I wanted to go deeper. I wanted to understand how the game was speaking to players.

A lot of art centers around the message the artist is trying to convey. Sometimes the message is accidental, often it’s intentional. Every art form has a different way to convey this message. For games, it’s through the simulation, more specifically through the bias and the limits of the simulation introduced by the designers.

Let’s see some examples of this.

Papers Please is a fantastic game where you play the role of an immigration officer, deciding whether to let people into the country or not. The game puts you in an impossible situation: you have limited time to screen all the documents, the paperwork gets increasingly complicated and making mistakes has serious consequences, including not being able to feed your family at the end of the day. The message I interpret is one of empathy for the real people in that job and the hard choices they have to make. They are trying their best.

The design decisions in a game influence how it’s experienced by players. The awkward controls in Resident Evil contribute to the feeling of panic when you try to flee from zombies. The balance in Counter Strike favors teamwork and cooperation.

So what is the message from [Prototype]? In my opinion it’s a fairly common and straightforward one, actually. The game presents the player with a power fantasy. You control the most powerful character in the game. You overcome obstacles through sheer force by destroying the opposition. Even though your character cares for some allies he (and the player by extension) must disregard the lives of all others as they serve only to feed his growing power. Whenever the game challenges players, they know they can win without any help if they just try a bit harder.

But, you say, this is just a game, so what? Well, the game is encouraging you to feel and act in certain ways. You feel powerful and superior, you act individually and decisively. This is the message, these are the values that are being practiced when you play.

I’m not trying to make a judgment call here. I wasn’t in charge of [Prototype]’s message and one could argue back then these conversations were fairly uncommon. Games were just games.

Now I’m the one in charge of Mech Armada‘s messaging and I want to design and understand what the game is saying. Go check it out if you haven't heard of it.

Beyond juicy explosions, some of the deeper meaning hopefully comes from the game’s pillars: 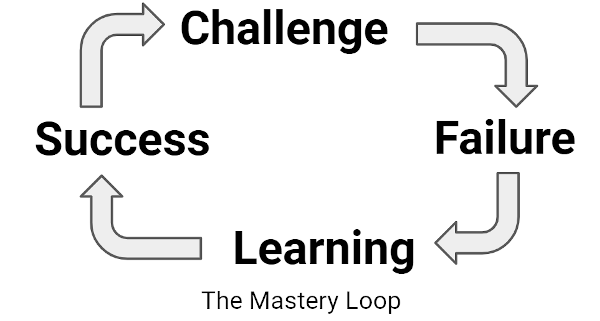 I'm happy with these values. I believe they also represent my personality reasonably well, as I’m very analytical but I get creative when I’m trying to problem-solve. I hope some players’ lives will be a tiny bit better after playing the game and practicing mastery, strategy and experimentation.