A Very simple definition of a video game that is relevant to all video games regardless of genre. Added to this is a broad definition of what constitutes a good or bad game. Lastly, I speak about modding as a game enhancing tool, with regards to GTA IV.
Game Developer
Staff
March 04, 2012

Performance between a developer and an end user in some kind of pre structured virtual  environment.

A good game always has a strong performance by the developer. A bad game cannot perform well unless the end user modifies the game to make it perform better. One example is to set respawning enemies in a game where there are none, or modify the opacity of enemy characters so that they are harder to see.

A games performance must always be judged on what has come before it, how long it took to make, how many people made it, and how much money was spent making it. Unfortunately, there is no reliable data for this in most AAA cases from the 70's onwards.

A game should therefore be judged firstly on its most simplest performance. Name & box art. If it is a digital copy, then it should be judged on the introduction & interface first. After that the game should be judged from the moment players receive control over their characters. If the gameplay is initially poor, whether because of long passages of scrolling text or poor enemy patterns & variety, the game should be sped up/laboriously played through in order to see if and when the game changes pace. If the game continues at the same pace after a number of missions/levels/objectives, merely pallete swapping enemies,  sounds and graphics, it should be taken as a lack of caring on the part of the developer and discarged as poorly performed. But the reviewer hasn't played the whole game! True, but does the reviewer need to? Lets assume that there are some good objectives/weapons/enemies in the later stages of the game, the fact that the game has performed so poorly thus far causes it to lag behind those other games which not only started off well, but got better and better as the player progressed. In that regard the game most likely will never be a better experience, certainly not a 9 or 10. If its not a 9 or 10, why play it? Assuming you modify the games structure to make it perform better. Did it make the game better than its competitors? If not, then was it worth the effort? The GTAIV FPS mod is a good example of effort well spent. It eclipses both the original GTAIV, & Red Ded Redemption by its immersive first person FOV, and thus gives the user what no other game on the market has, a first person, city based sandbox game. It gives the game a completely new perspective, and by virtue of the fact that no other game is doing this, makes the GTA IV Mod one of the most important games of this generation. As it stands, perhaps even a perfect 10. 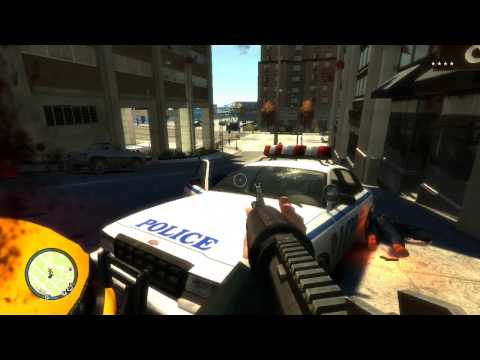