Creating The Illusion Of Accomplishment

What I find interesting about these parody games is that they are actually fun -- the design techniques are still effective even in a satirical context. Here are some examples of parody games. Click the titles or pictures to try them!

You Have To Burn The Rope 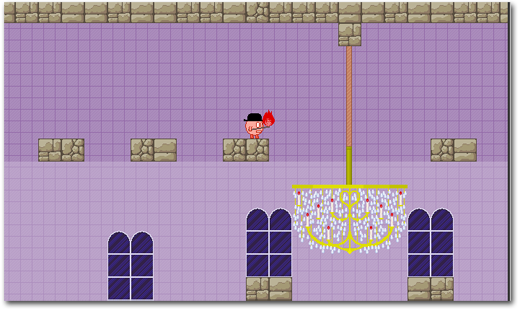 When I finished this game, I felt a real sense of accomplishment, even though it was a ridiculously trivial task. This shows the effectiveness of the standard 'quest' pattern: tell the players exactly what to do, let them do it, and then reward them for doing it. This game uses a funny song as a reward, but there are many other possible rewards. If you finish a quest in an RPG, an NPC thanks you, new story options are unlocked, you gain experience points, and you get new items.

Psychological studies have shown that random reward schedules are usually the most effective, so it's no coincidence that you see them in the most addictive games. For example, every enemy or container in Diablo is like a piñata -- there is a random chance that it will drop something good if you click on it. This combines with the sunk cost fallacy very effectively. Once you've killed three enemies looking for a rare item, you can't stop now... you have to keep going until you get it! Many games use well-designed rewards to convince players that they've accomplished something important, even when they've only completed a trivial task (like burning the rope). 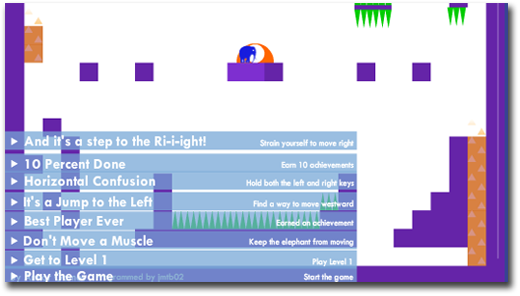 'Achievements' are one of the newest techniques to add gameplay goals and rewards with minimal development effort. The developer can just think of arbitrary goals, and reward the player with an achievement alert whenever he reaches one of these goals. Achievement Unlocked takes this idea to its logical extreme -- there are achievements for everything you do, and your only goal is to get all of them.

Achievement Unlocked is a fun game because it uses achievements for humorous effect, and to guide players gently from trivial tasks to more difficult ones. However, it doesn't actually capture the real purpose of achievements: replay value and platform reinforcement.

Achievements help reinforce the platform (such as Steam or XBox 360) because players have a platform-specific list of all the achievements they've unlocked, which they can show to all their friends. For gamers who actually care about this list, it's a good enough reason to buy a game on Steam instead of directly from the developer, or buy it on XBox 360 instead of PS3. 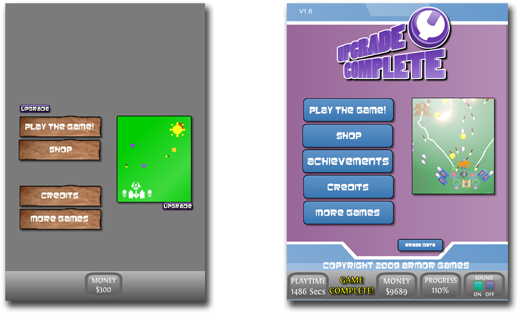 This game is all about upgrading everything with virtual money. You have to upgrade not only your space ship, but the main menu, the preloader, the graphics, and so on. I found this game addictive because it made me feel like I was accomplishing something, even though the 'upgrades' were obviously meaningless. This helps illustrate why games like The Sims and World of Warcraft are so successful. Even with very simple gameplay, it's satisfying and addictive to feel like you're improving yourself and your environment. 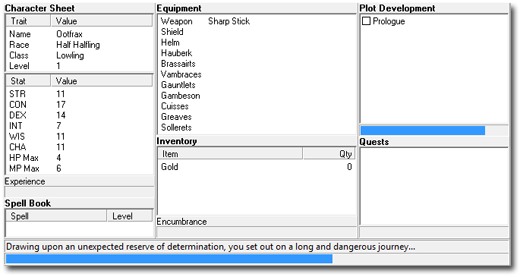 Released in 2002, Progress Quest is one of the earlier games of this type. Once you pick a race and class and roll your stats, Progress Quest plays itself without any user intervention. Your character executes monsters, gains xp and gold, and improves his equipment and level. Since it has no graphics, sounds, or controls, Progress Quest did not leave a great first impression for me, but as I left it in the background, I started to appreciate why it's so popular. Whenever I checked it, my character had gone up a few levels, was farther along in the quest, and had better equipment. I was making progress, even if I wasn't doing anything in the real world!

After leaving it going long enough, the sunk cost fallacy started to kick in again. I can't stop now; I've made so much progress already! For Progress Quest it was a minor effect, but this is the same logic that casinos use to keep gamblers hooked, and the same logic that Blizzard uses to keep users subscribed to World of Warcraft. Once we invest enough time or money in something, it can be almost physically painful to stop -- it means we have to admit that it was all for nothing. 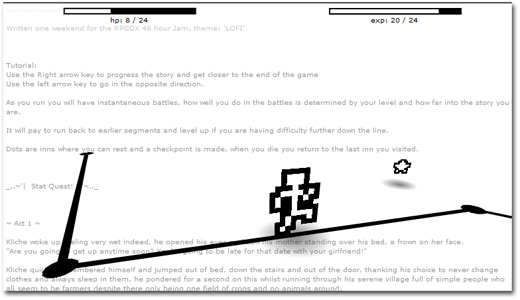 I've already mentioned this game, but it is once again relevant. The Linear RPG distills standard JRPG gameplay to its essence. JRPG games hook gamers with a dangerous combination of level grinding and story progression. Stories are effective tools for creating game addiction because it's very uncomfortable to know only half of a story, no matter how silly or nonsensical the story might be. Gamers will go through almost anything to reach the end. By adding repetitive gameplay like level grinding (addictive in its own right due to sunk cost), it's possible to stretch a short story and small game world to last hundreds of hours. The Linear RPG only lasts for a few minutes, but it is much more fun and compelling than it seems like it should be -- showing how powerful this combination can be.

Using tools like unearned rewards, achievements, stretched stories and upgrades, it's possible to create very addictive games that require little skill or effort to play. This ease of entry would allow us to reach a much broader audience, and the addiction would ensure that players tell each other about it. If our craftsmanship is good enough, then we could make a lot of money doing this, and many people do. However, this is not our plan for Overgrowth.

There's a vital question that is rarely asked: does our game make players happy when they play, or just make them sad when they stop? This is a subtle distinction, and irrelevant to sales, but I think it's very important. Medicine and heroin both sell for a high price, but I would sleep better at night selling one than the other.