Are video games too difficult? Should Dark Souls have an easy mode? There is no real answer to these questions, but if a team decide to implement an Auto-Mode it should avoid the most common mistakes
Game Developer
Staff
September 04, 2019

Are video games too difficult? Should Dark Souls have an easy mode? Can an easy mode change the creative vision of the team?
This type of questions are incredibly common since videogame become mainstream (mainstream audience varies a lot when we talk of skill level), and it even created some controversies such as: 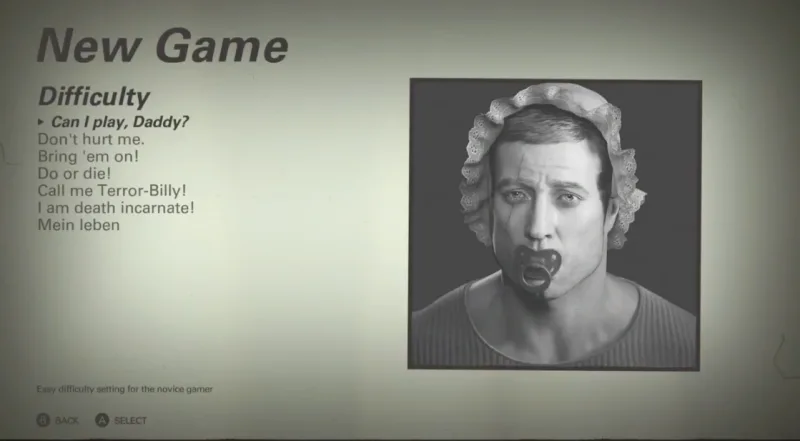 There is no real solution for these questions: easy games have pro and cons as difficult games. Nevertheless few companies started to adopt the concept of adding an “Auto-Mode” to their games.

Auto-modes are voluntary game mechanics that can be activated (sometimes are forced) to simplify a specific bit of the gameplay making the overall experience easier or more accessible.

Here’s a quick explanation of the two systems, if you know these games you can jump to the differences section.

*This is an example of an auto-combo

In DBFZ the players can repeatedly Square or Triangle to perform a combo (one for each button), a complete auto-combo always end with a special attack and a soft knockdown. 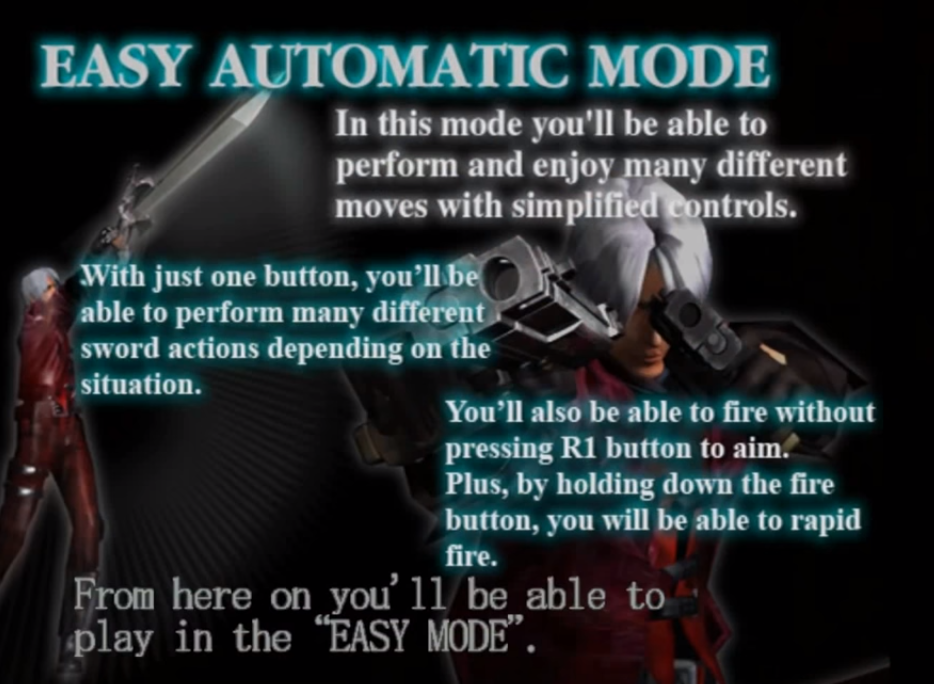 *DMC has an auto-mode from a very long time

In DMC5 the player can perform complex combos (based on the character, the weapon and the situation) by pressing a single button.

On a surface level these two systems seems quite similar, both allow the player to perform combos with the press of a single button, and yet one feels great while the other doesn’t, there isn’t a single culprit but the combination of few minor differences and two major:

Auto-combos makes the game more accessible and potentially easier, therefore they need to be balanced, compared to manual combos, both DBFZ and DMC5 do that but in opposite way:

Both games are quite heavy with their disadvantage, however the difference is in the feeling:

The ending screen of DMC5 is the climax of the level: the player has finally beat the level/boss, it worked hard for it, he/she putted his/her blood and soul into it, it’s time to collect some orbs and get a great score. However, the game in this exact moment decide to punish you, by showing your penalty for using the auto-mode (end of the video), what the player feels in that moment isn’t Fiero or achievement, instead the player is left wondering what could have been his/her score/orbs if he/she didn’t use the auto-mode?

DBFZ makes the auto-mode penalty way more subtle: if you are a skilled player or you are really interested into getting better at the game, you will eventually notice, read or watch something that will explain the disadvantages of the auto-combo system and you will (if you already didn’t) start to manual combo. However if you are a more casual player, or if you play the game more casually (at your friends house, at parties, etc) you probably never noticed this difference in damage output, you were focused on the game, on throwing that Kienzan to your opponent's face, that makes you feel good.

Immagine the disappointment, if after a match there was a recap screen telling you that your damage had a penalty during the entire game because you were using auto-combo.

Another minor difference in the game is how the auto-mode is presented and reminded to the players. DBFZ teaches how to use the auto-combo the start of the game and basically never remind you of that once again, the design strategy of the game is to keep the system as subtle as possible.

DMC5 add a UI auto element on the screen

to constantly remind you that what is happening of the screen, isn’t really you, and you shouldn't feel pride for your combos.

Both games rely heavily on being in the flow, has major component of their “fun-factor”.

One of the key components of flow, is crystal clear feedback, what are you doing has a clear, repeatable impact of the game, you can learn and master this sequence: input -> feedback -> result.

DBFZ respect that rule; if you are button smashing square you will always get the same combo, made of the same moves, with the same damage output. This stillness allow the players to learn how to use it (mastery is another huge element of the flow theory), allowing them to get a bit better at the game, keeping them in the flow.

DMC5 doesn’t respect that rule; if you are button smashing the same button, you will get wildly different result in: damage, moves/combo used, weapons used and even consumable (the auto-mode can decide to consume a devil breaker). This system can produce visually stunning combos, but they are unpredictable, if something as simple as smashing the same button can create many different result, I am being pull out of the flow-zone, because I’m in a constant state of anxiety: “this is my last devil breaker will I lose it?” “is this damage enough ?” “is this the best weapon/style against this boss/enemy?”

The second problem linked with the unpredictable nature of DMC5 auto-mode is a reduced player agency.

In DBFZ I can still create a basic match strategy using the auto-combo system (because it’s predictable):

Now this can be a good or a bad plan, but it's a plan, I feel agency because I created this plan and I will try to execute it, I can also change it on the run, because I can predict the result of my action.

In DMC5 if you are using the auto-mode (with manual combo is possible) this is not possible, because you cannot plan in advance, all the moves are virtualized on a single button, and the combo ends always in a different way. This reduce the perceived agency of the player, who start to feel not in-control, and if the player doesn’t feel in-control of the game (unless its a specific design decision, like in horror games) than he/she will not feel any of the emotion linked to the gameplay.

Once again I’m not here to say that auto-mode are good or bad, but if you are planning to use an auto-mode in your game you should be careful around these elements:

These are the most common mistakes that can happen when you are working on an Auto-mode system, however the most important one is always the feeling, if your Auto-mode system doesn't feel as good as the main experience it shouldn't be there.