One of the biggest factors in grid-based tactical combat is the movement range of each unit. Let's evaluate the pros and cons of each possible value, and the effects it has on the combat system.
Sean Hayden
Blogger
September 18, 2015

A big factor in how grid-based tactical combat plays out is the movement range. Different ranges have pros and cons, some of which might not be too obvious. I recently had to decide on a base movement range for my game Voidspire Tactics, so I'd like to go over the possible options and how it affects combat.

Note: in this system, every turn you can move and attack (in either order). These observations may not apply to systems where you are more restricted (move then attack only) or less restricted (move -> attack -> keep moving). 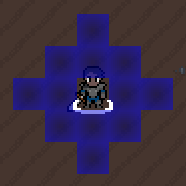 This is a very chess-like movement range, well suited to slow-paced manipulation of lots of pieces. However, in Chess your movement is the only action you take - in a Tactics game you also make an attack each turn. This slows movement down, since you generally want to be acting every turn. It especially bogs things down if you have any real distance to cover, so you can expect the beginnings of battles (where both sides start out 5-10 tiles away from eachother) to be rather boring.

It also feels untrue to reality when applied to a grid where each square is supposedly human-sized. Humans can generally move more than 10 feet while doing something, even (or perhaps especially) in a tense situation like combat.

Also worth noting - using low numbers for stats makes any buff to that stat a big deal. If we used 2 as our movement range, then +1 Move is a 50% improvement! When making varied characters, it becomes impossible to have a character that is faster but not waaayyy faster.

I think this range is best left to wargames, where each unit is an entire squad or battalion. 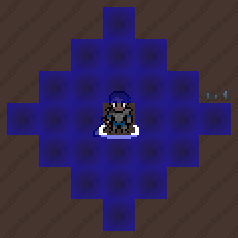 This feels more like human movement, at least for slower types like knights and mages. We traverse the battlefield much more quickly, although it can still feel sluggish if there's 8+ squares to cover. It's important to note that at this and lesser movement ranges we cannot reach the enemy's back (and vice versa) in a single turn, even when we're right next to him: 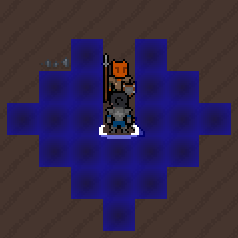 Attacks from the front or sides are less accurate, so keeping the enemy away from our back is essential. A movement range of 3 makes this a viable strategy -- as long as we stay next to the opponent, they can't get behind us. At the same time, they can still circle around to our sides, so there is constant vying for position. 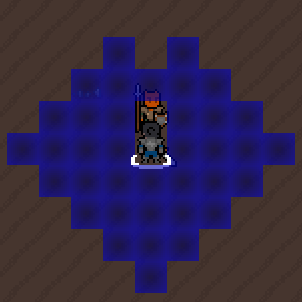 Now battlefield traversal feels comfortable. 4 is enough to go around obstacles easily, and it almost never takes more than 2 turns for the battle to be joined. However, we've lost the ability to keep our back protected in melee. Now we need to stay 1 square away if we don't want to be flanked, which limits our attacks.

It's also harder to form a defensive line. With 4 Move I can still make decent forward progress even if 3 enemies line up to stop me. I can't flank them, though, so defensive positioning is definitely still viable. 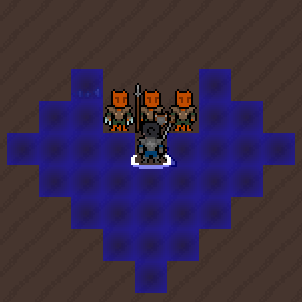 With 3 Move I would only reach the side of one of them, not get past them like this. 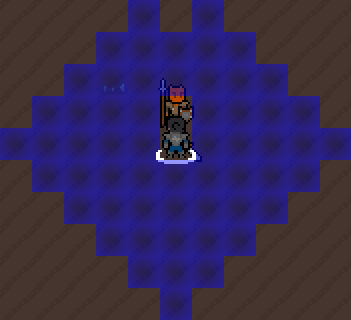 Now we're extremely mobile. We can flank even when not adjacent, and we can flank a line of 3 foes. There's not much the enemy can do to keep us away from their backs, unless they specifically try to immobilize or hinder movement.

With this much mobility, another problem arises. Area of Effect spells become rather difficult to use effectively. Normally AoEs are used to punish enemies for grouping together, but with 5 Move it's easy to advance while also staying apart from your teammates. And there's less incentive to keep together, since you're likely to get flanked even if you form a defensive line.

The Avernum series shows how transitioning from low Movement to high Movement changes the expected size of AoEs. Back in the days of Exile, you moved 4 squares per turn and spells were sized accordingly. Now in Avernum characters move 8 squares, and the AoEs are huge! 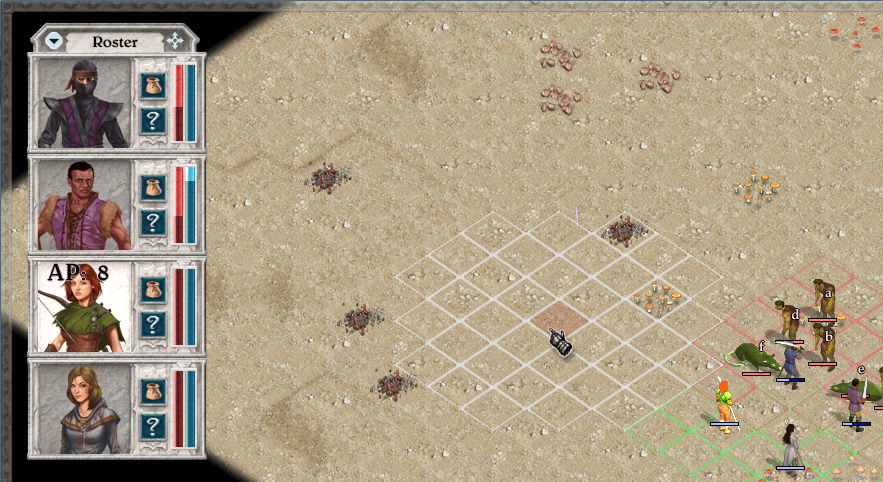 The above is 'Daze', one of the earliest spells you get. It covers up to 37 squares! And yet, this size is necessary to consistently affect multiple enemies.

As you might expect, in Avernum positioning is not that important. Positioning generally becomes less important at high ranges of movement. Which is a shame, since positioning is one of the more interesting aspects of tactical combat.

Based on all the above, the decision I made for Voidspire Tactics was to go with a base movement range of 3. Slow classes (Warriors, Sorcerers, etc.) can't flank an enemy just by approaching head on. Faster classes (Scouts, Brawlers, etc.) get +1 Move, so they can flank if they're right up against the enemy. These faster classes are often more fragile to compensate.

As a result, facing, positioning, and area of effect spells all stay important, which is just what I want from a Tactics game.