A meditation on religion, drugs, and videogames- the communities they foster and behaviours that take place within them...
Olly Skillman-Wilson
Blogger
November 24, 2011

On Religion, Drugs, and Videogames.

There are many different ways which humans have developed to help them deal with, and escape from, the perceived pressures of our existence. The primary one being religion for many people, not as much in our predominantly secular English society any more, but in other countries and cultures. Religion as far as I understand it, involves study of your chosen faith’s religious texts, devotion to a specific god or gods, and ritualistic hymn singing and prayer. All these activities are undertaken within a close community of other believers who share the same faith as you, and its that sharing which I think forms a lot of religion’s appeal. If circumstances are right and your train of thought arrives at stations as strange as mine, then you’re probably considering how many parallels there are between the practices of a religious person and an avid gamer… no?

I recently saw Marcus Brigstocke talk about his new book God Collar, and in it he explores his own atheism, faith- why people need it, and the pro’s and con’s of religious doctrine. Many of the values he posited as beneficial, were values I held about videogames: the community, the shared experience, systems to exist within. Now I imagine this comes across as a statement that trivialises faith to a criminal degree, and I’m not trying to draw direct comparison and then claim they are equivalent but there are certainly similarities worth discussing. 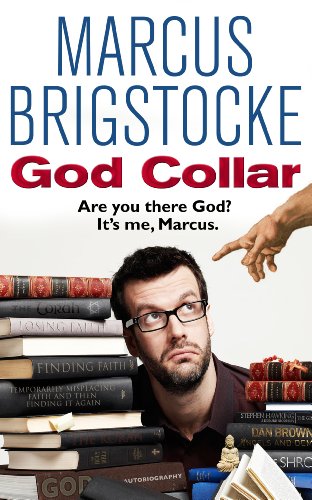 In a sense religion is sublime example of gamification itself: gamification being the abhorrent application of game design techniques implemented in real world systems. So videogames are interactive systems governed by rules, as a religion is a set of commandments that believers must abide by in order to ‘succeed’ at their faith of choice. At the end of their life they are judged on their performance and decisions and either proceed to the next level or face game-over.

Following this line of thinking would lead me to classify Christianity as a kind of vertical platformer where the player ascends by adhering to the game’s strict moral system and making the correct story based choices. While Buddhism is a kind of recursive RPG with a unique levelling up mechanic in the form of reincarnation, that rewards players with better status and equipment each time they reach the end of the level having helped others and performed good deeds.

The third element to this discussion is the use of drugs, not medical drugs, recreational drugs: something I have no personal experience of and therefore all that I’ll say on the subject is based on observation, anecdote, and research. Again, there’s something shared in the taking of recreational drugs, its something you experience with other people, as an escape, to help you understand or cope with something, to enjoy an illusory experience outside of reality. The common themes being community, escape, and ritual. If you supplant faith with addiction (whether chemical or psychological) for both drugs and videogames then you have the complete set: three different methods of escape that serve the same function as both a coping mechanism and and a source of reassurance or joy in a person’s life. When Marx said “It is the opium of the people” in reference to religion, he also said it was “the heart of a heartless world”. He was hardly condoning religious activity as an alternative to authentic human experience, but he observed the importance of the part of a person that needs to explore bigger questions, or merely escape, in an environment that is safe and predictable. While you (or I) could argue that drugs are neither safe nor predictable, videogames certainly foster exploration and experimentation in a way other media are not able to offer. Different genres beget different methods of exploration, often this boils down to simple geographical navigation but in videogames like The Sims the experimentation is of a behavioural nature, or in The Witcher 2, where it can be of a moral or political nature. 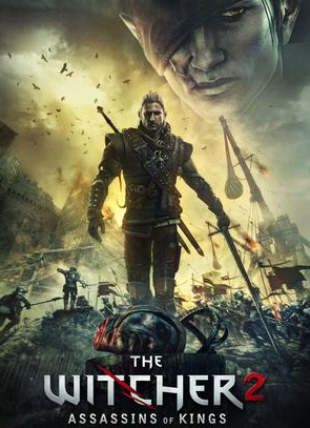 The only place I’ve read about a correlation between videogame and drug addiction is in Tom Bissell’s Extra Lives, in which he talks about his cocaine addiction which went hand in hand with copious amounts of Grand Theft Auto IV. I don’t know what to make of the way the two appear to go hand in hand but it certainly speaks of a videogames ‘just one more’ nature. Videogames are designed to have a gameplay hook, they are intrinsically addicting in that the designer wants the player to experience as much of their game as possible. So when you hear about statistics where only 40% of players finished Assassins Creed II, or 39% completed Half Life 2: Episode I, you can (almost) understand why the developer might start employing devious techniques to lure the player into the experience. A weak story not resonating with the player? Hell, lets appeal to their OCD side and throw in some collectibles, some trophies, and a levelling up system to goad the player into progressing to the next cut scene. I’m not cynical. I am however, sarcastic.

These are all things that I’ve been trying to weave together into some kind of thought out and cogent paragraph that I can call a conclusion. But at this point it doesn’t look like that’s going to happen. I suppose I am trying to equate the community I feel a part of to other socially identifiable groups. I feel a devotion to certain developers. I study the seminal games of various genres. I have affecting experiences with those games. I discuss my experiences with members of the community. I am a believer.

People of a more traditional and atheistic nature may prefer to experiment in- and explore the real world itself, but you know, when was the last time they saved the universe, swayed a medieval court, or survived a revolution in an underwater city?

Olly Skillman-Wilson is a digital animator/student/writer who worships at the alter of narrative gaming, and prays his faith will remain strong for many years to come.