C.A.T.S. One Year Retrospective - Turning fun concept into a hit

A year ago we released C.A.T.S. Today it has more than 100 mln installs and a Game of the Year award. We want to share how we came up with the idea of the game and how you can remove design risks on early stages of development to create a hit.
Ivan Verde
Blogger
April 18, 2018

One year ago — on April 20th, 2017 — we released C.A.T.S.: Crash Arena Turbo Stars. The game became an instant success on both iOS and Android, getting 8 million downloads on the first weekend. Today C.A.T.S. audience is 100 million strong, the project has been named the Game of the Year by Google Play and was among Best of 2017 on the Apple App Store. In this article we want to talk about how we came up with the idea of the game and how you can remove game design risks on early stages of development.

The development started in the summer of 2015. The core team consisted of just 5 people: a game designer, an artist, a client-side and server-side developers and a product manager. Their task was to create an asynchronous online game that was aimed at the biggest audience possible. Our previous title called King of Thieves, that also featured an asynchronous multiplayer, was a big success for us (75 million downloads in 3 years), we learned a lot while creating and managing it. Naturally, with the new title we tried to implement all this knowledge, while avoiding previous mistakes and bringing in something completely new.

One of the biggest challenges with King of Thieves — that is also, ironically, what many players loves about the game — is that despite its cute look, it’s actually quite hardcore and requires a lot of skills to master it. This automatically narrows its audience and makes it harder to acquire new users. So this time, we decided to aim for the biggest audience possible.

That’s how the idea of automatic fights came in mind. We've created 5 prototypes in 2 months and chose the one that featured two cars pushing each other from the edges of the arena. At that time, they didn’t even have guns, just chassis and wheels. The biggest inspiration was Drive Ahead from Dodreams — it just came out at that time and we were having a lot of fun playing it. 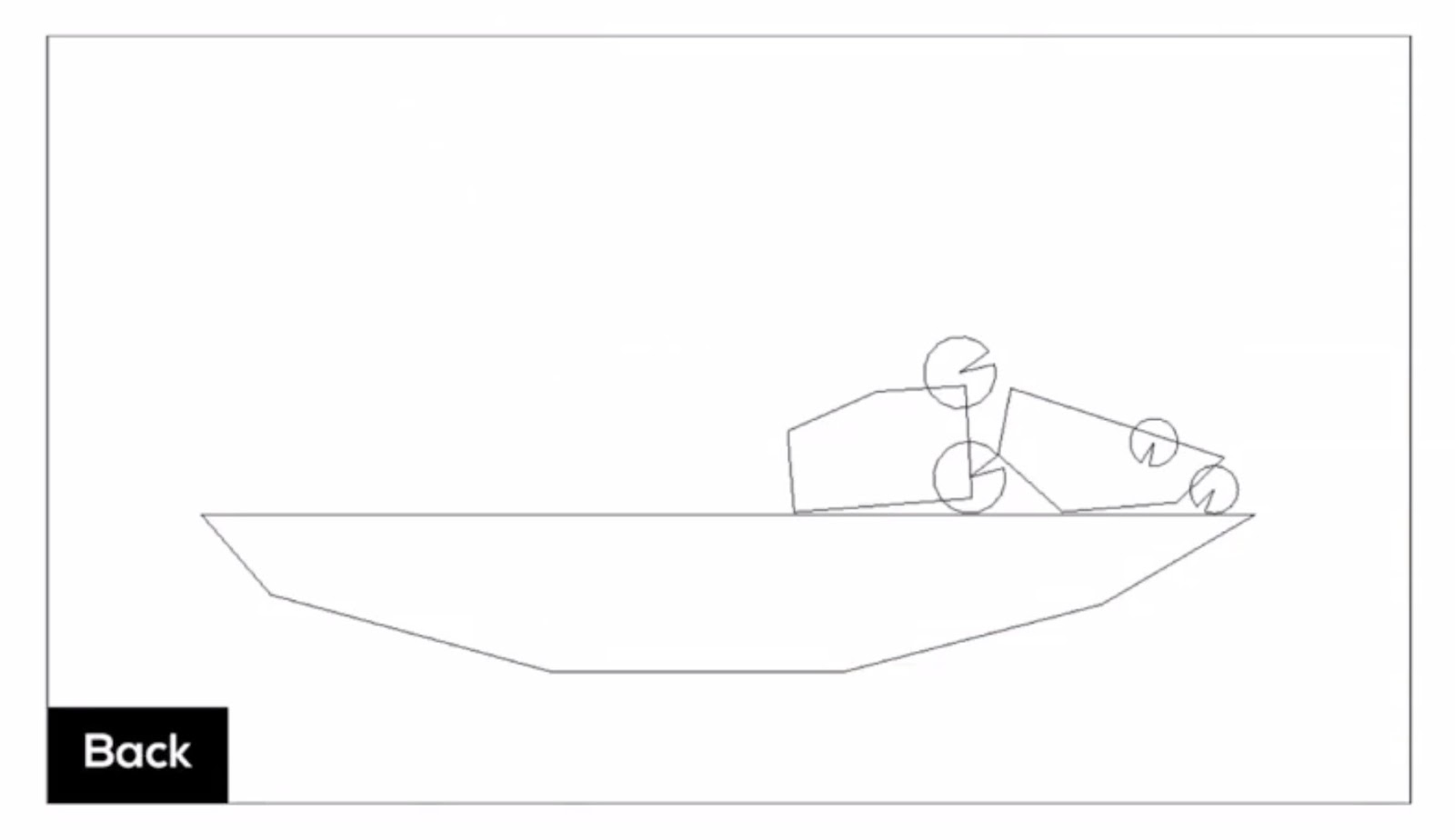 Following our desire to broaden the audience of our next project (codenamed Battle Bots — a tribute to the BattleBots show, that was another inspiration for C.A.T.S.), we came up with 3 key design pillars:

All of it seemed to fit our goals of making the game simple quite well while still allowing player to have fun. However, at that point the game was relying too much on physics and there was no ability to scale it somehow. So, how do you turn a fun concept into a grossing title?

We started by making sure we can scale the concept. We first added health and weapons to our cars so players have something to upgrade and experiment with. It also made the game more interesting to watch. 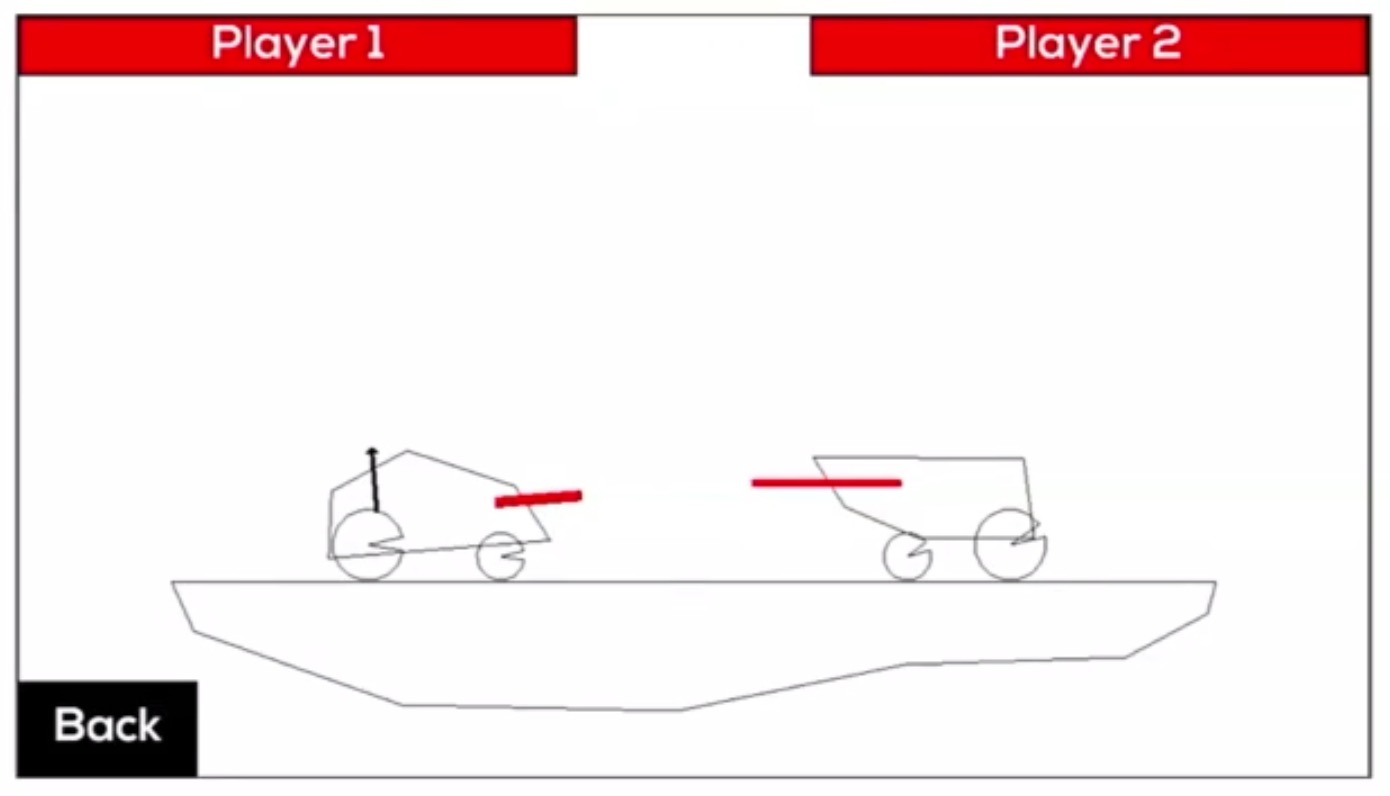 We proceeded with making the weapons even more meaningful. We tested different types of the arenas — from weirdly curved ones to the ones with portals — and decided to stop on the arena that had walls. That way, we switched the goal from pushing your opponent off edge to defeating them with weapons and reduced the impact of physics. Later, we added a certain catch: if the cars won’t destroy each other in 5 seconds, the two deadly compactors (we call them “walls of death”) will start closing in towards each other and will obliterate the nearest car. 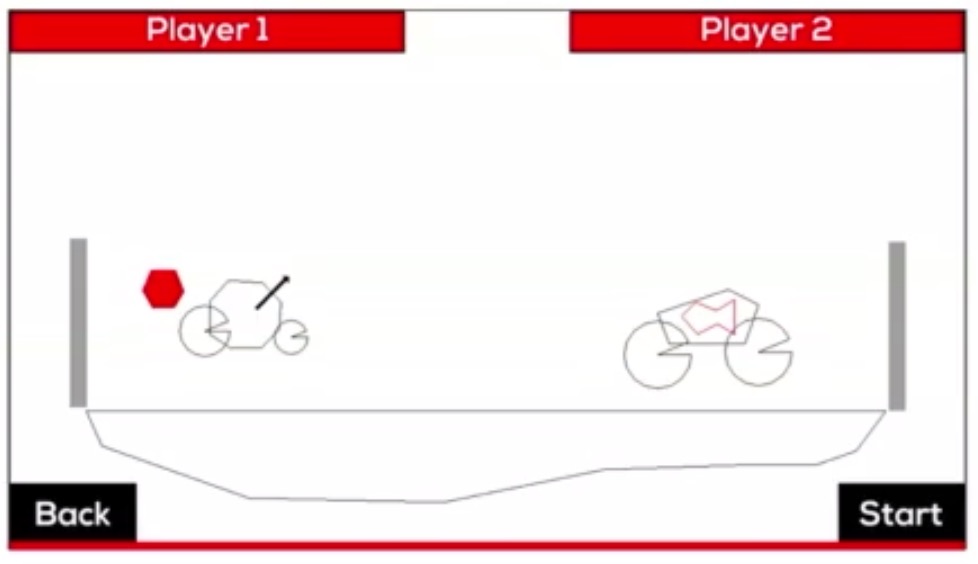 At that time, the game featured a simple sandbox garage where players were able to experiment with different spare parts and assemble any monstrosity they wanted — they could even put wheels on top of the chassis. 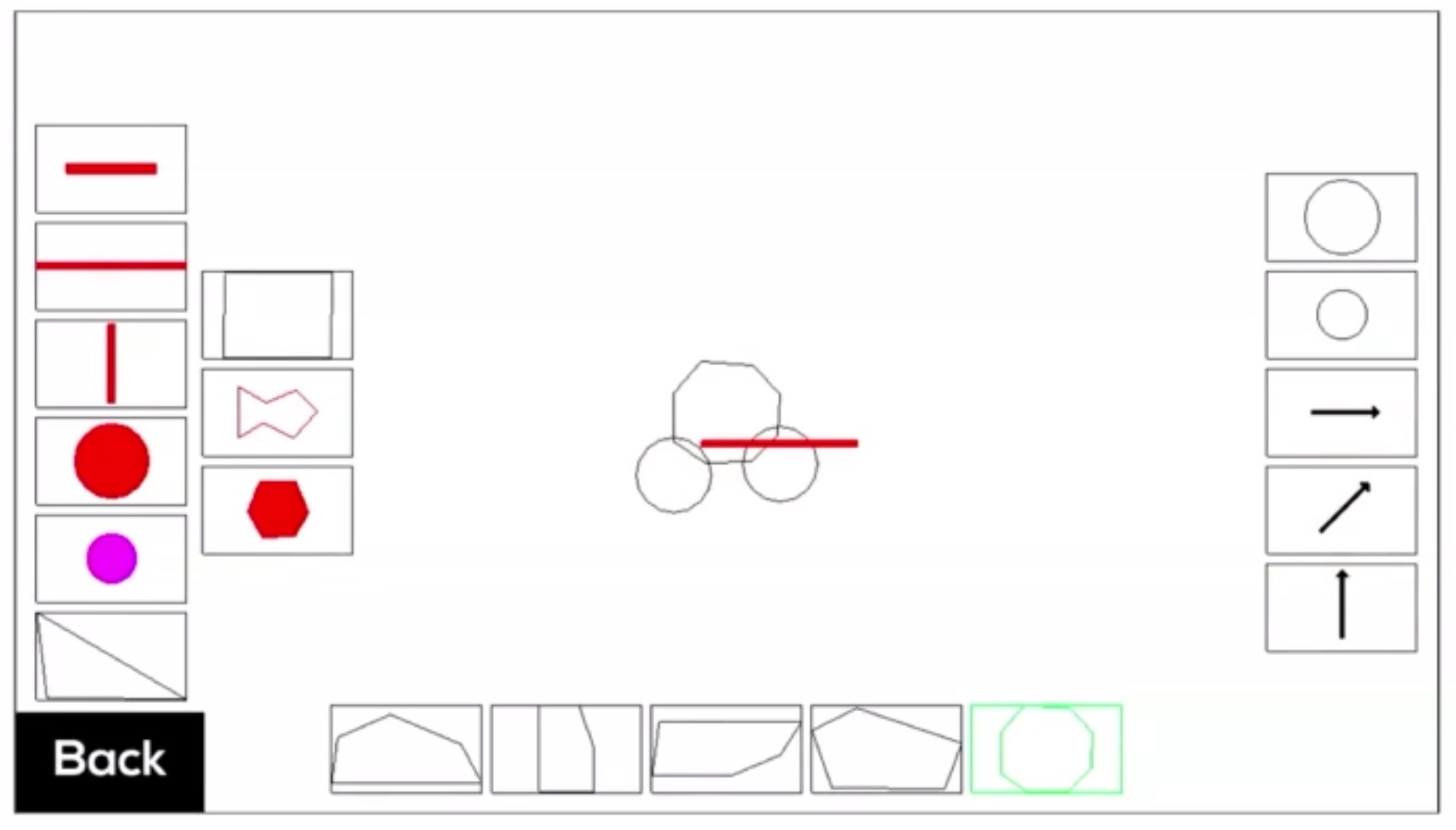 Gacha monetization model seemed like a good fit for what was essentially a construction game. However, we still lacked a proper variety. In order for this sandbox garage to work and have a good monetization, we would have to have A LOT of different weapons and body types, which is really hard to produce.

So, what we did instead was adding tiers and stars to each weapon, gadget and body type. Now we only needed a few weapons and body types, but each star added extra quality to the item and high-leveled ones had different visuals. We also added predefined slots for weapons, gadgets and wheels, but made them random — so now players could get any combination of slots from the gacha. To prevent them from easily installing super-powerful weapons on their chassis, each body now had a power capacity, and each weapon and gadget — a number of power points that were required to place it. 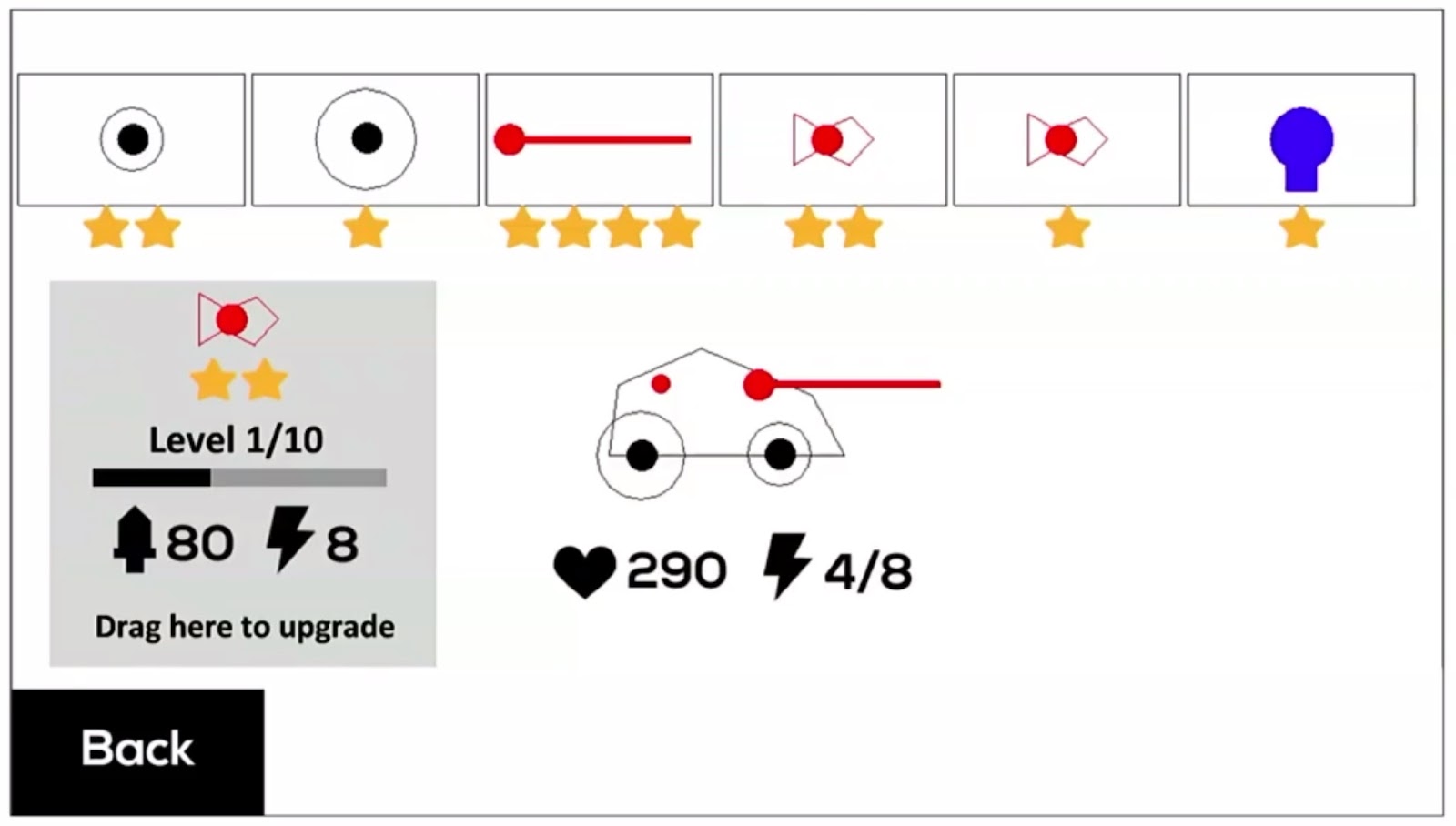 Now we had a solid foundation to develop a good monetization system in future iterations.

Another big challenge was to find a proper art style for the game. 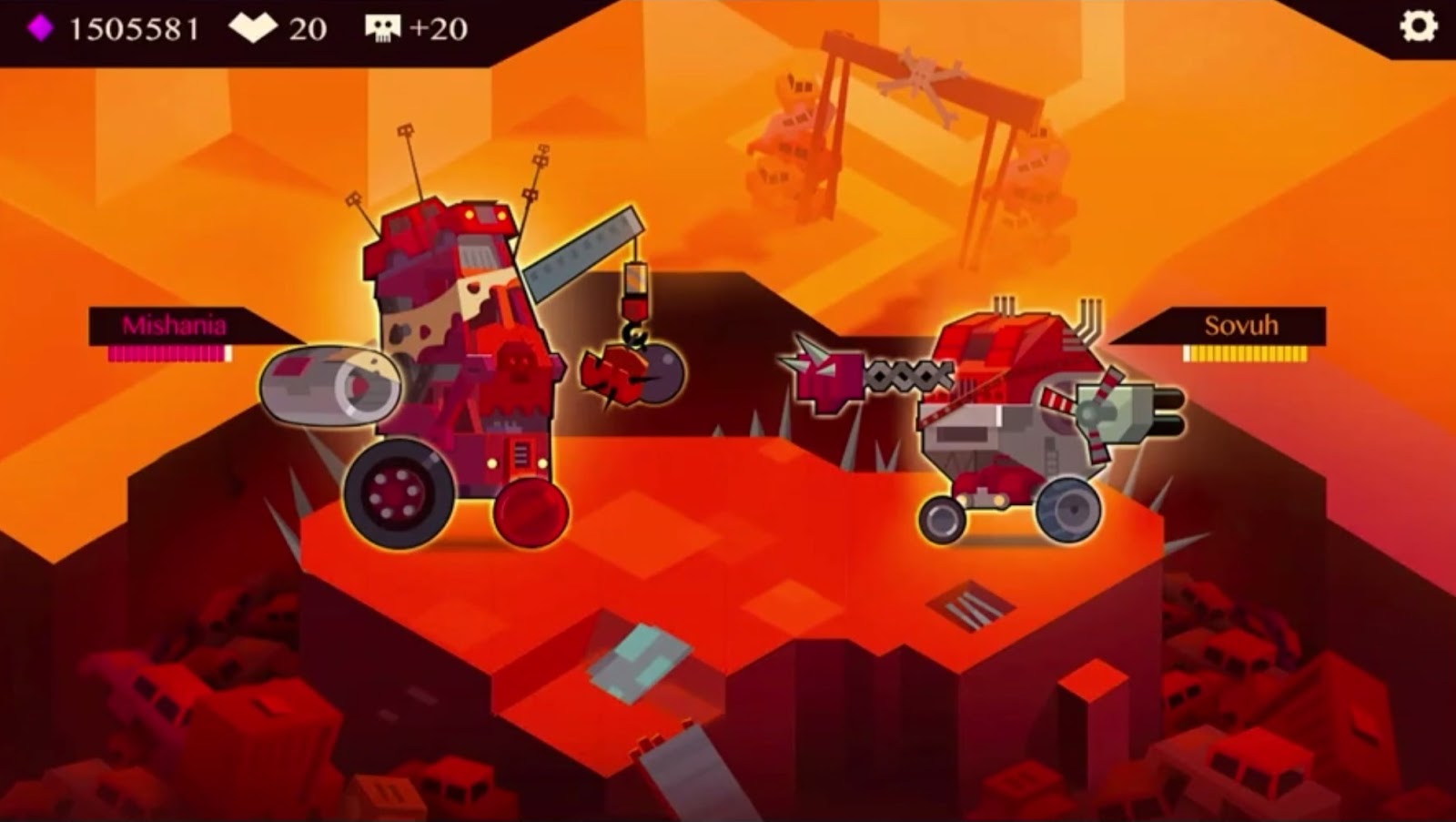 We created tons of concepts — from Mad Max inspired post-apocalyptic visuals to fantasy and even sci-fi settings. The key was to find an art style that will allow players to properly distinguish between playable and non-playable elements of the game. Since all of the them were in profile view, it was not an easy task. Each 2D game solves this problem differently. For example, Limbo and Badland has a counterlight-like effect that puts a shadow on all of the playable elements.

The final design for C.A.T.S. was heavily inspired by a TV series The Amazing World of Gumball. In it, the cartoonish 2D characters were drawn over the photo-realistic landscapes. This worked perfectly for our goals: it created the necessary contrast between playable elements and static backgrounds. Plus it was possible to create such kind of backgrounds using stock photos, which was rather cheap in production. 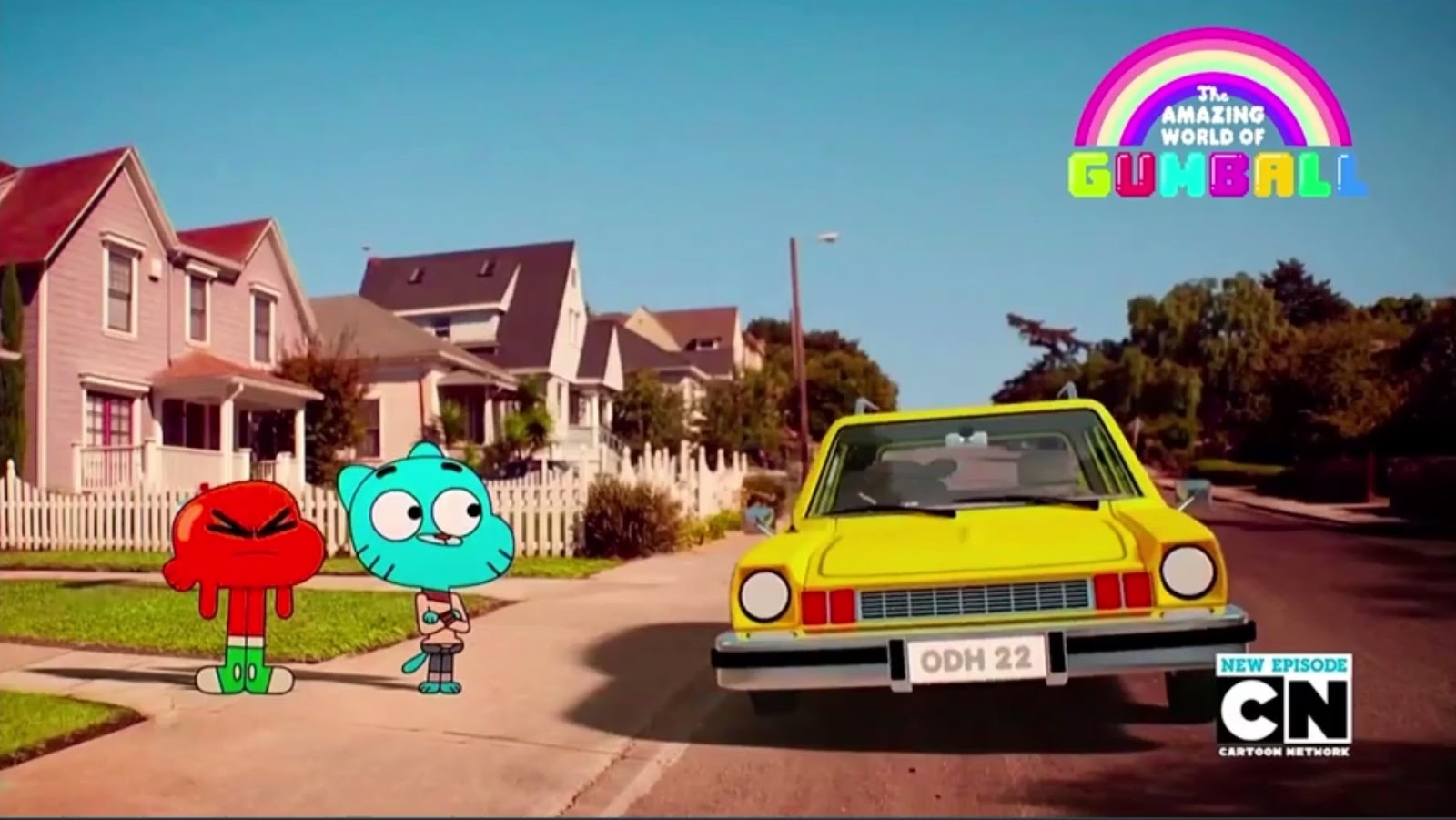 Fun fact: cats didn’t appear in the game until late in the development. At first, the machines were unmanned.

However, we had doubts that players would be able to develop any emotional connection with these soulless chunks of metal. So we decided to test it and drew concept arts featuring different drivers. 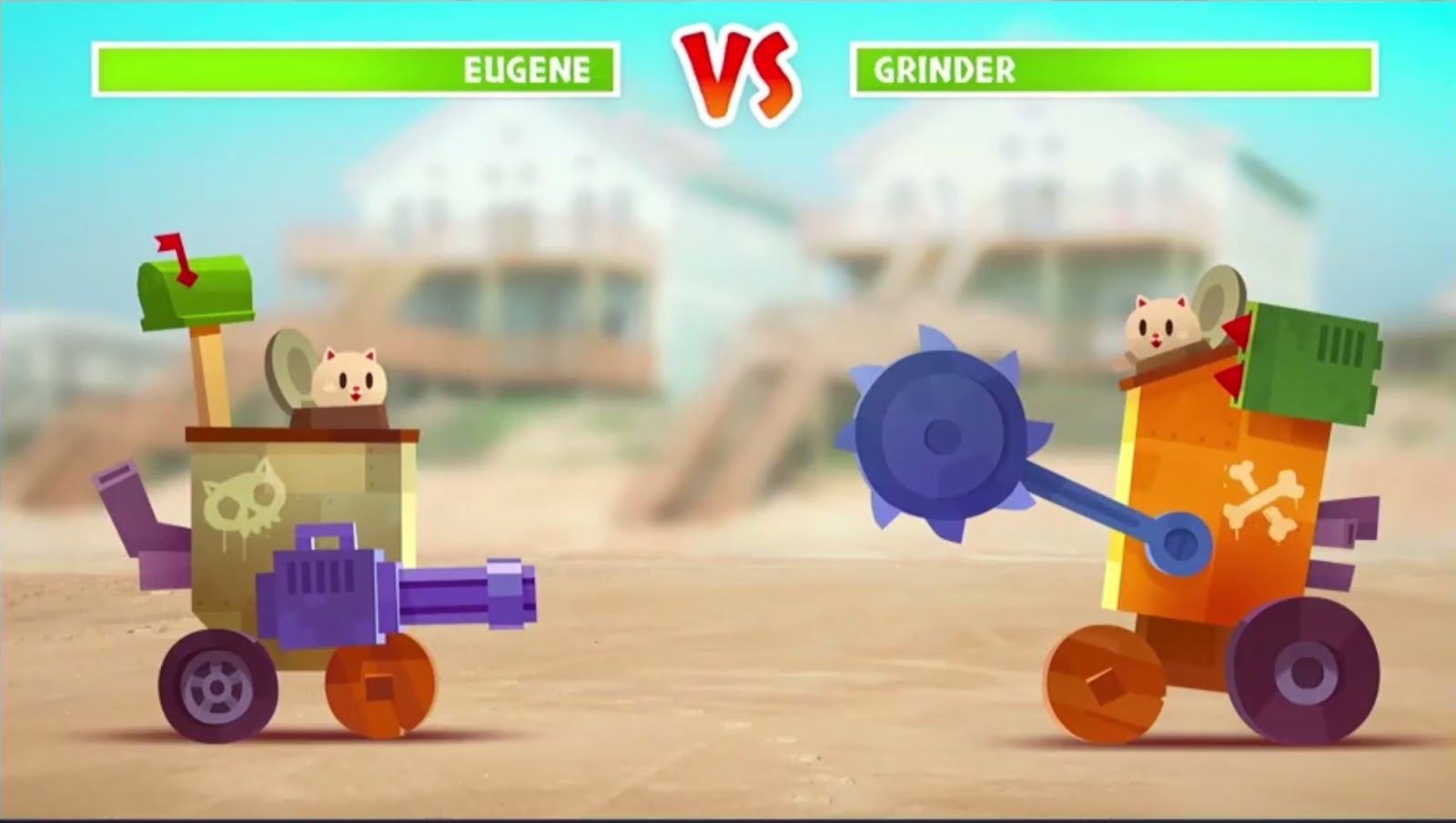 Cats were only one of many options: we had concepts with fantasy creatures and other animals like pigs and bunnies. Screenshot tests showed that manned vehicles indeed performed better, and that players prefered cats to the other characters.

That’s how the game’s final appearance started to form.

After prototyping (3 months) and production phase (4 months) came the soft-launch. That was the longest phase — more than 14 months. What we tested and learned during the soft-launch and later in production is a story of its own, which we happily share in later articles.

Long story short: the game was quietly released in Sweden, Austria and, later on, in Canada under a different publisher and a temporary name — Backyard Battles. The dev team has grown accordingly: closer to global launch we had as many as 23 people all working to ship one title. Considering that the whole ZeptoLab is a 130-people strong, it’s a big number. The team was also split into two offices — Moscow and Barcelona — which made communication tricky sometimes.

Despite all the difficulties, we managed to release on time. As mentioned in the beginning, the game became a great success, and returned the investments in just two months. Now we have a huge community — more than 100 million players (which equals to the population Philippines) — and tons of plans for the future. For us, it’s only the beginning.