To the developers at Zoink Games, Fe is more than a 3D platformer about a fox in a stylized forest working to stop an invasion.

It’s a rhythmic adventure that is laid out to flow at a certain speed: new abilities and areas are discovered at a pace that matches that flow without rushing or inhibiting the player.

That’s what game director Andreas Beijer and lead artist Martin Rasmusson intended when laying out Fe’s level design, “rhythm comes with the flying, you run around on the ground, climb a tree to get your bearings and then swoop and glide to a new place,” Beijer said. “We encourage the player to keep climbing, it has a flow to it.”

Devs should know that focus on "flow" is clearly evident during one of the game's monumental moments: an encounter with the giant deer that towers over the forest.

During the segment the player (as the fox) must climb and glide from tree to tree along the giant's back as part of an awe-inspiring scene that many critics have highlighted as the best part of the game. For devs, it's also an example of how to create impressive set pieces without devoting too much development time and resources.

Creating a distinctive set piece, something that puts the player in awe of a scene either interactively, visually, or both, can be quite the challenge. It’s common to put a disproportionate amount of time into set pieces like boss fights where the development time far outweighs the time players spends with it, especially when compared to other levels in the game.

Although time-consuming, big moments like these aren't optional in the eyes of some developers. They see them as opportunities to flex their creative muscles and leave an impression on the player, giving them something to remember long after they've left the game.

Both Beijer and Rasmusson knew that they wanted to have a big set piece as soon as they had the concept for Fe locked down.

“Right from the start we planned to have a huge animal alongside the forest theme,” Beijer said. “The inspiration came from Shadow of the Colossus. We didn’t have the deer in mind at first but it came around and ended up being our Colossus.” 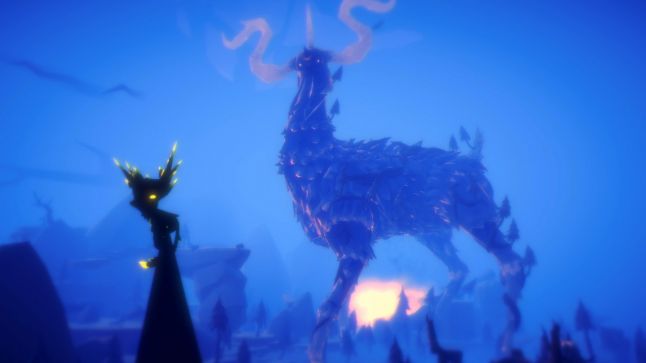 The deer colossus of Fe

Beijer and his team tested the deer set-up throughout the development of the game, keeping the idea fresh in their minds as the entire project evolved. “The giant deer went through a ton of different iterations, but the basics of it were quite similar almost the entire way through.” Beijer added. “We let it grow with the project.”

To start they took a normal deer from the game, a model that wasn’t much bigger then the player character, and scaled it up to take up a large chunk of the level. They didn’t want the giant creature to resemble the normal-sized deer, so they added a skin and different climbable elements to make the creature more distinct. 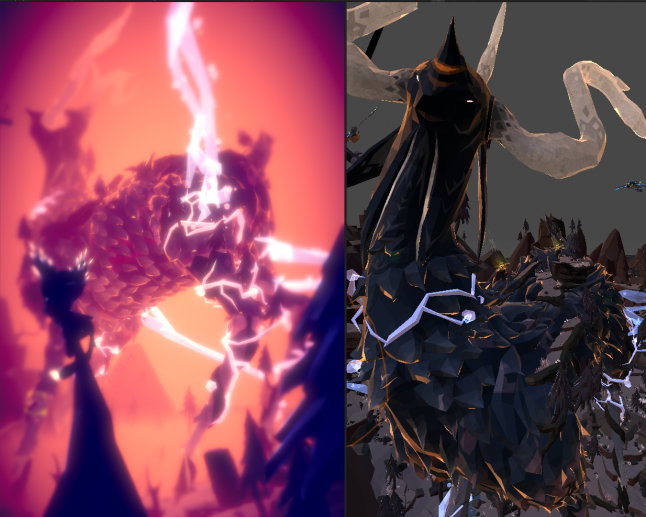 “We quickly realized the scaled model would never fit well, it kept bringing up all sorts of issues. Eventually we ended up cutting it into pieces of geometry and we put all the geometry together,” Rasmusson said. “All the bones in its body are separate pieces connected by mesh, covered by layers of hair that make it seem whole.”

Once they had decided that the deer would be made up of separate parts, they decided to actually make it an element within the level rather than something independent. When they exported the level as a whole they included the deer and began to shape the area around it.

Designing the deer as a part of the environment

“After we exported the environment we had to move the level around the deer,” Rasmusson said. “Moving trees and smaller deer if the giant stepped on them during its animation.” The entire level was eventually designed around the deer where it walked around in a small circle, something that the team thought would be boring but didn’t matter in the end due to how big it was.

“The animations for it are old school, everything is one big, long animation,” Beijer said. “We had established a state it would be in at all times; we couldn’t add bits where it would stop to eat or smell something, that would have been too demanding.”

Rasmusson and Beijer believed that simplifying the deer's path and animation would take away some of the appeal that set their set piece apart from the rest of the game. In order to remedy that they decided to try to alter the how the deer looked and how the player interacted with it in order to make it feel special. 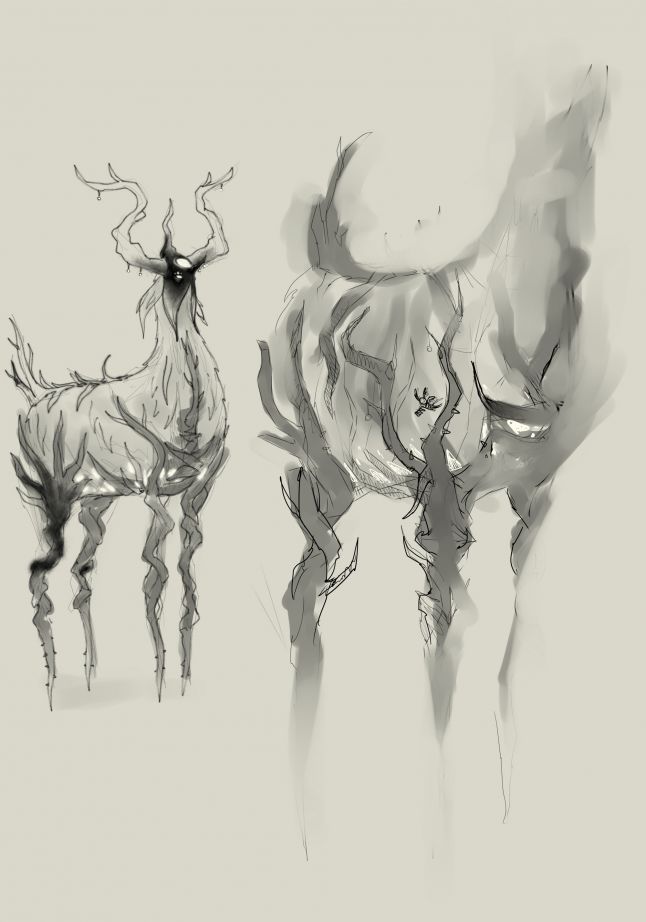 “We didn’t have the trees on the deer originally, instead we had vines growing on it that let the player climb on it directly,” Rasmusson said. “We realized it was easier to use what we already had instead of introducing new mechanics that could stress the player out.”

They had spent so much time figuring out how Fe’s trees would work that they decided to make them a part of the deer. It kept the rhythm that the team had created with the games three primarily platforming mechanics: running, climbing, and flying.

“The goal was to keep everything simple,” Beijer said. “If one mechanic was too complicated then the others would feel flat, we wanted everything to be so simple that the player would have no issue jumping back in after not playing for a bit.”

The development team had spent a lot of time scaling the level size, player speed, tree height, and flight capabilities to keep things contained and simple. They decided to extend that simplicity to their big set piece, which didn’t require a huge time sink that’s typical for segments of similar scale in other games. 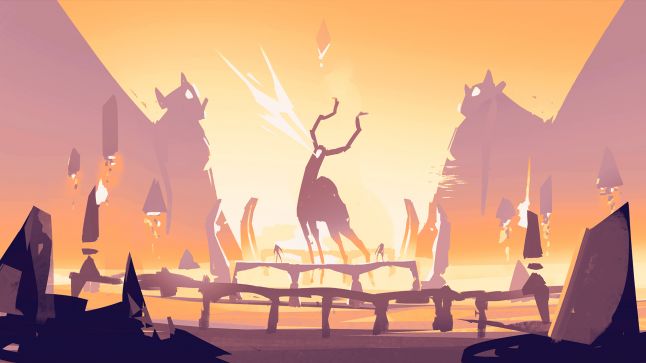 It might not be apparent from just playing through Fe, but the method in which Zoink created their set piece is a good example of how to use your core design, theme, and mechanics to create something that stands out from the rest of the game.

“If we had more time we would have added another one of those moments,” Beijer said. “But our method of design is very hands on, we come up with characters and assets and start working right away.”

And while Beijer, Rasmusson and team would have liked to build more Fe set pieces in the vein of the colossus deer, they chose to focus instead on making Fe's core mechanics sing. “We spent all this time making the platforming fluid," Beijer concludes. "And ran out of time to make more scenes like this.”