Bridging The Gap Between Game Design and Educational Games

Many educational games are missing out on the deep learning potential possible by truly immersing players in the subject they aspire to teach. This post includes four key questions that can be used as a guide to designing great educational games.
Jen Helms
Blogger
October 12, 2015 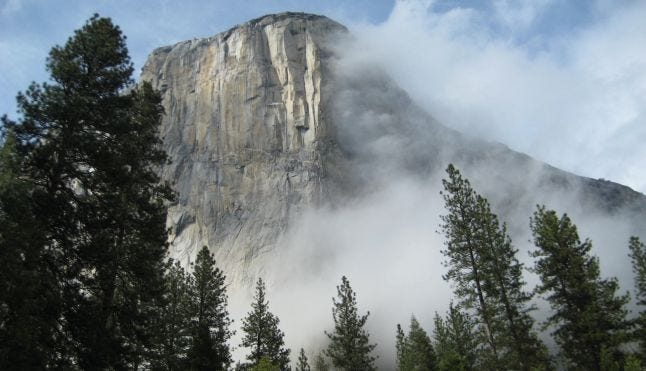 I started out my career teaching through real-world games and immersion in cool places like Yosemite National Park. Yep, that place with huge granite cliffs and gushing waterfalls, I lived there. My job as a teacher was to facilitate student learning by designing curriculum and games to meet the educational objectives of the program. Flash forward to today and I am co-founding Playmation Studios with my brother Justin, using video games as a tool to inspire engagement and wonder in language.

Through our journey, and from reflection of my time in Yosemite, we have developed a set of principles to guide our approach to game design. Our first release, Stagecraft, has won multiple awards and our newest game, Sleep Furiously, has received praise from the incredible Jane McGonigal as well as from a variety of publications, from Offworld to Common Sense Media. In short, the key to our approach is to truly immerse players in the system we want them to learn about as my former students were immersed in the geological wonder that is Yosemite to learn about geology. To do that we have developed four key questions as a guide.

1. What is the system we want the player to model in their head?

Is it the system of algebra? The syntax and semantics of a new language? An ecosystem and how it functions? Most educational games force together a game mechanic that seems fun with completely unrelated content and therefore miss out on the deep learning potential possible in games. These games often result in learning that is no different from a multiple choice question. Academia is about modeling complex systems and whenever you have complex systems, there is huge potential for interesting gameplay. 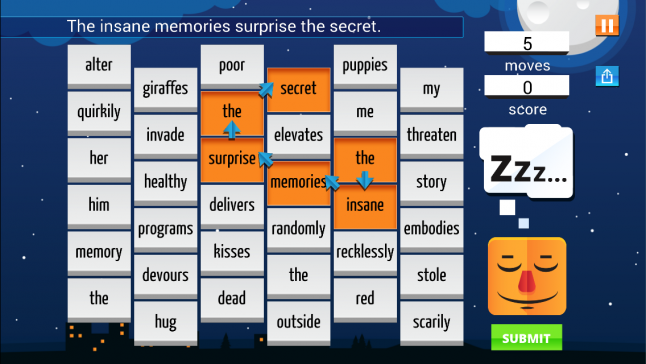 2. In what ways can the player inhabit that system? How can it be represented, communicated, interacted with?

In other words, how do we truly inject the player into the subject matter we want them to learn about and explore? Kerbal Space Program is all about injecting players into the system of rocket science. As a player you are placed into the system of rocket science by having direct control over how to put the pieces of a rocket together. After launching the rocket, the player is then able to adjust how the rocket is built based on the results. What is learned about the system of rocket science happens through a cycle of failure and discovery. Dragonbox, heralded as one of the most innovative and effective games for learning algebra, places players inside the system of algebra. Algebra has all of these rules that make up someone’s system of knowledge, for instance that x/x = 1. In the world of Dragonbox, players without a knowledge of this world are able to manipulate objects on the screen in order to explore and learn the rules of algebra through discovery.

3. How does that system, its representation, and the manner in which it's being interacted with speak to the player's prior understanding of themselves and the world they live in?

Not surprisingly, Kerbal Space Program is hard. It is rocket science afterall! Kerbal Space Program balances out the potential intimidation factor with the absurd and adorable characters in the game, communicating to players “this will be hard but it will also be fun.” Dragonbox takes into account that students might have a lot of discomfort with math, they might have a preconceived notion that they aren’t good at it. Playing in a world of algebra becomes more palatable through the playful characters that substitute for algebraic terms early on in the game. Kerbal Space Program and Dragonbox are thus taking an entirely different approach to this question. Kerbal Space Program embraces the identity of rocket scientist while Dragonbox masks the identity of mathematician. The difference in approach dramatically alters the player experience. 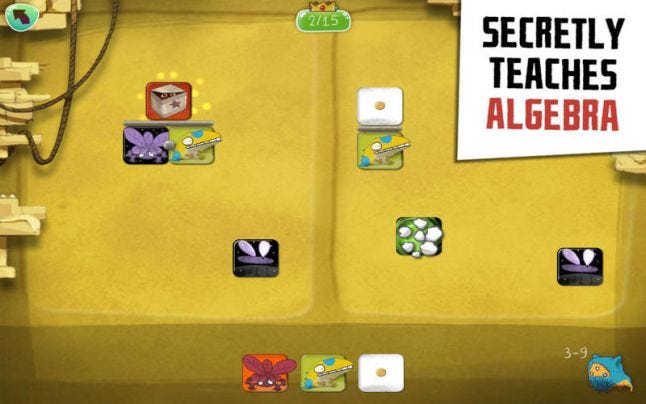 Dragonbox has playful characters act as substitutes for algebraic terms

4. How deeply can the player understand that system through its representation and to what extent does their learning translate into the real-world?

In Dragonbox the learning becomes more and more transferable throughout the game as the monsters switch to actual algebraic terms, improving the student’s chances of classroom success. In our foreign language learning game Stagecraft, players learn how to read and understand their spoken target language. This is possibly because players are able to thoroughly deconstruct the meaning of sentences through the visual representations tied to the the written and spoken language in the game. Players are therefore able to connect their prior understanding of the world, represented by pictures, to an entirely new model, the language they are trying to learn. All games based on rich, complex systems that promote curiosity and exploration are inherently worthwhile. A game like Cut the Rope, however, is designed in such a way that what is learned about the academic system it explores, physics, transfers into the world to a far less extent than the other two examples.

This approach will guide you toward creating games that are fun to play and provide for deep learning into the subject matter you are trying to teach, whether for formal educational purposes or entertainment. Over 90% of our lives are spent outside of the classroom and there is a huge need for deep learning and enjoyment of academic systems during that time too.