Being B.J. Blazkowicz: Storytelling in Wolfenstein: The New Order

Jens Matthies, creative director on Machine Games' Wolfenstein: The New Order, is all about aligning player and protagonist motivations when telling a story in a video game.
Kris Graft
Publisher
June 05, 2014
"Is somebody working on Wolfenstein?" "No, nobody is working on it." "...Can we have it?" "Maybe? What would you do with it?" Sweden's Machine Games was on the ropes when it approached Bethesda Softworks -- sibling company of Wolfenstein 3D creator id Software -- about the possibility of making a new game in the long-running Wolfenstein series. The studio needed a project, or else it'd be lights out before Machine Games ever released a game. Jens Matthies, creative director at Machine Games, was just weeks away from losing his apartment when he and his team sealed a deal with publisher Bethesda to make a new Wolfenstein. In 2010, Bethesda parent Zenimax acquired the company, made of former Starbreeze Studios developers, sometime after the tentative conversation that Matthies recalls above. Matthies headed up story direction on Wolfenstein: The New Order, tasking himself with making players feel personally invested in the story of protagonist B.J. Blazkowicz. One of the challenges was layering a compelling story on top of a game that is largely about killing Nazis in various ways.

Aligning motives of the player and the protagonist

"It's interesting," Matthies reflects, when asked about his thoughts on storytelling in video games. "Developers are so isolated. Everybody's reinventing their own wheels. I think that leads to a lot of theory being developed in separate houses." Matthies' experience in developing triple-A video games includes 11 years at Starbreeze, where he was an original member of the studio. His theories and methodologies were already being put into practice and tested in commercial products, years before he spun off with Machine Games and Wolfenstein. Starbreeze is the developer behind games including The Chronicles of Riddick: Escape from Butcher Bay and The Darkness -- two strong examples of storytelling within the confines of the triple-A, story-driven first-person shooter genre.

"In order to do a really good story in a first-person shooter, it's important that you make the player feel like your protagonist feels. It's not enough to just tell it."

"The most important thing is to align the motives of the protagonist with the motives of the player," he says of games that put the player "in" the game world. "This is where I think a lot of games [fall short]. If you want to tell a good story in a first-person shooter, you have to integrate it into the gameplay. For many studios, they treat the story as a separate thing from the game, like non-overlapping magisteria or something. "But in order to do a really good story in a first-person shooter, it's important that you make the player feel like your protagonist feels," he adds. "It's not enough to just tell it, like you would in a movie." He says in movies, he sees protagonists as emotional proxies of the viewer -- the character on-screen has a history, and the character's actions exist in the world created by the moviemaker. The viewer empathizes and relates to that protagonist, but, of course, the viewer is not propelling the action as they might in a game. "In a game, we are asking you to pick up the controller and go on this journey, and finish this journey," says Matthies. "So it's very important when we give the protagonist something to do, that those motivations are mirrored by the player."

Story and gameplay pulling in the same direction

So, storytelling and game mechanics need to complement one another, according to Matthies. But how much of a story can one tell when the large bulk of the mechanics involve lining up sights and pulling a trigger? "I don't agree with that premise," Matthies argues. "Of course there is a fundamental game mechanic there...but I don't necessarily think that's what matters in terms of storytelling." He explains, "I'm not saying that the gameplay has to necessarily drive the story or that the story has to drive the gameplay. I'm saying those two things have to pull in the same direction at the same time." Matthies notes that in Wolfenstein in particular, although the game hinges mainly on shooting, there were certain decisions in the game's pacing that lead him to categorize it as an action-adventure game as opposed to a pure shooter. In any case, whether shooting through a horde of Nazis or sitting down with one, Matthies and his team strived to make sure Blazkowicz's motivation aligned with the player's. 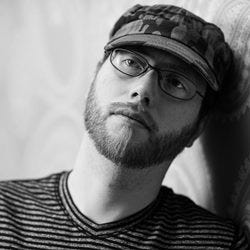 "The dream is to make you feel like Blazkowicz, even though he speaks in your place," says Matthies. "But you don't want him to say shit that you don't agree with. I hate that so much in games, when the protagonist is somebody who's acting on your behalf, but is not representing you." He admits that's where the challenge is: not many people are like B.J. Blazkowicz -- a buff dude who's perfectly at home when shooting a Nazi in the head. There will always be a disconnect in that way. But for Matthies, the key is finding a balance between creating a character that has a personality and a history, and one who is relatable enough to invite the player into the game's world. "The goal is not to have a protagonist that's so neutral that you can project yourself into them; the goal is to have a protagonist that is so relatable that you become them," says Matthies. "Of course, there are degrees to which that is successful, but that's what we work toward." And creating that relatable protagonist isn't just about the protagonist, but also non-player characters in the game. One of Matthies' goals was to encourage the player, in the boots of Blazkowicz, to invest emotionally in other characters. In the case of Wolfenstein, there are instances where one can see this put into practice, including a choice early on in which you choose one person to live over another. That choice determines part of the overall vibe of the rest of the game. Creating the emotional investment Matthies speaks of often involves having the player spend a decent amount of time with that NPC, making the player reliant on that character in both gameplay and story. Once a player is invested in that relationship, the game designer has a narrative tool, as changing that relationship in an interesting way -- such as killing off the NPC -- can have a meaningful impact on the player.

Moments like that can bring player and protagonist motivations into alignment. "We make sure that the motivation for the player and for the protagonist are pulling in the same direction," says Matthies. "And when the Nazi antagonist does something to [Blazkowicz], they also do it to you, as a player. So you care about it, and that gives you an emotional impetus to carry on the fight." He admits, "People are different. Someone will feel completely like the protagonist, others will only feel a little like the protagonist."

Of course, Wolfenstein's method of storytelling is only one approach, and doesn't fit all types of games and genres. Matthies' methods come from over a decade of working with "triple-A" developers whose games focus on shooting and storytelling.

"Half the time, you're just overwhelmed by how intense it is, in terms of production."

Following that pitch to Bethesda, Matthies and Machine Games spent three weeks holed up in a meeting room at the publisher, learning more about the id tech 5 engine, and laying out the narrative backbone of the game. Matthies said Wolfenstein was the first game he worked on that stuck so close to the original vision. There were common game development problems, some related to overscoping (the game ended up long for a single-player next-gen FPS at around 20 hours), but Matthies likes the challenge presented by "triple-A" game development in particular. "It's just a space where we feel really comfortable making a game," he says. "Half the time, you're just overwhelmed by how intense it is, in terms of production, and how hard it is to reach where you want to go. And the other half of the time, you're really thriving in that [environment]. There are very few groups of people who can do it right." "If it's not as hard as it can be, it's not worth it," he says.
Console
Get daily news, dev blogs, and stories from Game Developer straight to your inbox
Subscribe