Hoarding in game design shows a problem with the game's design and mechanics, and today's post looks at some alternative options for game designers.
Josh Bycer
Blogger
April 26, 2016

In a recent cast, I spoke with Jeff Johnson from Skyshine Games about Skyshine's Bedlam. During the discussion, we talked about the difficulty with balancing options for the player and about a common game design trap centered on hoarding. Hoarding items both has to do with game mechanics and the player's own mindset, and today's post is going to look at that and ways to downplay the need to hoard.

When we talk about hoarding in game design, we're referring to the situation where a player will not use items or resources that could save them, because they want to use them for some long-term goal. A classic example of this would be potion hoarding in JRPGs; the player never uses them and wants to hold onto them for the final fight.  I'm very guilty of this in ARPG with components or different gear types; always holding onto something as my backup in case I need it for the future.

In some cases, players hold onto them because of their importance or functionality. For example, if you have only one copy of an item that triples character damage for one battle, you're not going to use that on a regular fight. In Skyshine's Bedlam's case, they were having an issue with power cells and players hoarding them despite losing fights; we'll come back to this in a minute.

Hoarding can mean both good and bad parts of your game design. The good is that you have a resource or item that the player likes, the problem is that you have something that the player likes too much. The big concern with focusing on long-term goals and growth is when they get in the way of short-term; becoming unstoppable 10 hours in doesn't mean anything if you die in hour 2.

Another point is if a resource is so good that its purpose will make or break the player's game. If item or resource X determines whether or not the player is going to win, then that will either shift the game's difficulty into cakewalk or impossible territory based on luck or grinding out that one resource. 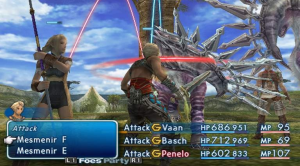 Here's an example for a JRPG I played. In the original Shadow Hearts for the PS2, there was a limited item that allowed you to make more attacks in a single turn.

I hoarded that item until the very end and then used every last one of them on the final boss to crush it.

When it comes to hoarding resources either by scarcity or functionality, there are several ways for a designer to get around it.

Tossing it Out There:

Avoiding the hoarder trap in game design requires the designer to be aware of the importance of their options, and to play around that in the player's eyes. Try to avoid having limited powerful items that are basically designed to be hoarded. It all comes down to the numbers: If there is a limited expensive item that helps out, then of course the player is going to hoard it. If items are cheap, plentiful and have use, then the player is going to keep using them.

This goes back to the JRPG trap of potion hoarding. Recent designers make potions or consumables plentiful and cheap enough for the player to use during any battle; that way, they're not hoarding expensive items for some late-game disaster. To prevent the player from overusing them, there may be certain limitations placed on their use; Diablo 3 now just has one potion, but it can only be used once every 45 seconds if I remember right.

The Soul series' most important item: The Estus flask, responsible for healing, recharges whenever the player uses a bonfire. That way, the player knows that they can use it whenever they want and it will always be available to them.

Another point is if a resource is so vital to the player's survival, as in Skyshine's Bedlam's case. We talked about this on the cast, because power cells are used both for upgrading your dozer and special actions during battle, their purpose was loaded and became too critical for player success. If the player uses them all for upgrading, the meta-game will be better, but they won't have the options for the tough fights. However, if the player uses them all during combat, then their late-game will suffer without having enough for the bosses or upgrading the Meta. 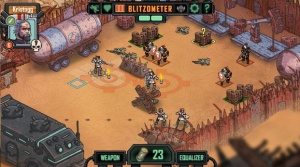 The changes to Skyshine's Bedlam will take the load off of power cells; making them less vital to a player's overall success

By doing this, the importance and weight of power cells is downplayed without largely impacting the game balance or meta-game. What's going to happen is that the player will make use of more options in combat, because they're not all tied to one resource.

Also, the life or death requirement of needing power cells and the luck around it will be lessen, as their importance has been changed.

Hoarding scenarios in game design are never good, and are a sure sign that the game designer messed up. It's important when designing your game to not have items that are so good that they are always the best choice, but so limited that the player will never want to use them.

This is the point that hurt Skyshine's Bedlam in the past, because they were giving the player mixed signals with the use of power cells. They wanted the player to use them for upgrading the dozer to make life easier, but they also told the player that they were needed for equalizers during combat and to use them then.

Avoiding the hoarder syndrome is not easy, but an example of a great game designer who can properly balance their mechanics and systems.