In this blog, I talk about life beyond the gaming studio for a long time game designer. I talk about what the experience has been like for me (transforming into the world of education) and what others can expect should they be looking to make a change.
Greg Wondra
Blogger
March 09, 2017

A little more than 2 years ago I came to the realization that my decade long career in game design was likely coming to an uncerimonious end.  Times had changed.  Both from a personal standpoint (family, kids) and an industry standpoint (shift to differing business models.)  These observations led me to compose what was essentially my career obituary in a blog post here titled "Death of the Game Designer."  (linked below)

It was a blog that garnered WAY more attention and reaction than I ever expected.  Many readers reached out to me personally and shared similar stories regarding the challenges folks face in the gaming industry.  Challenges such as being typecast or experiencing ageism.  Some folks seeing their job shipped overseas.  Others relating to layoffs and the difficulties in finding work again.  Many, including myself, asked the big question:  WHAT'S NEXT?  Do I continue?  Is it time to move on?  If so, WHAT SHOULD I DO? 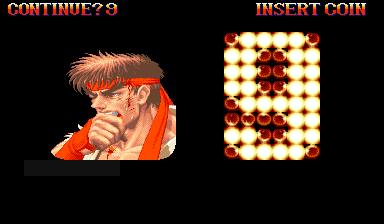 When you've lived the game dev dream, when you see the end coming, when this industry is all you know but you feel like it has turned its back on you, what do you do for a second act?  IS there a second act?  After all, having "Ace Systems Designer" or "Badass Level Designer" aren't exactly skills that'll land you what I call "real" jobs (you know, cooks, doctors, truck drivers and the jobs I'm REALLY thankful others do.)

We all come to these crossroads at times in our lives.  The stakes are high.  Families depend on us.

Be encouraged.  Other avenues for game designers DO exist and I'm proud to say that 2 years after my "Death" as a formal game designer, I'm living my second life as a Game Design TEACHER.......and I couldn't be happier.

Last summer, here on the Gamasutra job boards, I found a posting for a "Video Game Design Teacher" for a new program starting up for High School kids out in Bakersfield, CA.

This opportunity in Bakersfield (home of oil, agriculture, and the WORST air quality in all of America) certainly didn't FEEL like much of an opportunity at all when I went for my on-site interview.  Let's just say Bakersfield isn't known to harbor a lot of wealth and the surrounding areas (and the school itself) didn't exactly look like Silicon Valley.

Impressed by the school's administration and the prospects of building a game design program from the ground up, I took the job.  So here I am.....in Bakersfield, CA.....where no gaming industry currently exists.

I teach 2 classes daily.  Each 3 hours long.  I've been on the job for about 120 days nows and have info, thoughts, etc. to share for those thinking of making a similar transition out of the game dev trenches:

This shouldn't come as a surprise.  Especially for anyone who has accumulated some time in the industry and has built up a Senior level of expertise or above.  If you're looking to make a transition out of your current position, there's a good chance you'll take a cut in pay.

On the flip side of the expected pay cut, expect a better schedule.  No more of these shenanigans...

Since I left the gaming industry proper, my life has gotten 10-fold better.  I know what to expect when I get to work.  I know what hours I'm going to be there.  I know when I'm getting home.  My family and I have family dinners now.  I know, it's strange huddled around a home-cooked meal with your loved ones as opposed to rushing to the break room before that last slice of Canadian bacon is claimed, but hey, I'm good with that.  Did I mention being a dad is pretty cool too?  Highly recommended.

With any career transistion, I think it's fair to say some expenses are inevitable, but I had no idea to what extent.  To move into education, I had to move (an expected expense.)  I also had to buy some new clothes (my typical t-shirt / shorts get-up ain't exactly educational attire.)  I ALSO had to sign up and take a bunch of teacher credentialing courses required by the state of California.  Those don't come cheap!  And the credentialing coursework sucks away much of one's weekend.  We're not talking "GAME DEGREE!!!!" level of college theivery here.....the expense IS manageable....just not desired.

Through TEACHING, you actually come to know the subject matter better than you ever have before.  In my class, I'm teaching the kids the basics of Unreal Engine 4.  You would be amazed at the far corners of the engine the kids have already explored.  Through sheer exploration they've ventured places (in the engine) I hadn't yet been to.  They've encountered problems I'd yet to encounter.  They have ideas I'd not yet thought of.  In short, they will push YOU to be better and to learn more.  It's outstanding.  I love it.

If you've ever felt stagnate in the trenches - doing the same thing over and over again - teaching is a great way to reinvigorate one's growth.

No job is without its pain points.  Teaching is no different.  Whereas designing a game may involve periods of solitude thinking through a design before working with your team to implement, such moments of solitude are not to be found in the teaching realm.  You run the show.  Everyday.  There is no let-up.  There are no moments where a member of your team can bail you out if you've got brain lock.  It's up to you to keep the train running.  Students depend on it.  The constant of being "On" can drain you mentally (especially if introverted.)

Other stressors in the educational realm include... 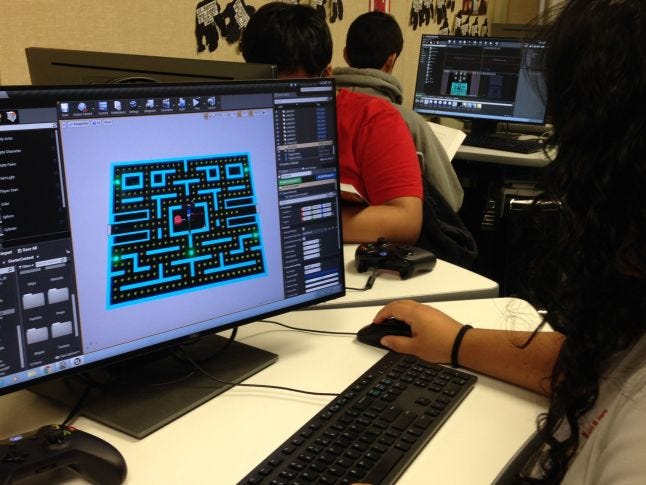 (Yes...yes we did recreate arcade classic "Pac-Man" in class.

Expect to be Reinvigorated

I remember my 1st year as a game designer, my first E3, my first game launch, all of it.  Those were great (if naive) times.  I was excited EVERY DAY to come in to work.  I didn't understand the politics, the motives, the nonsense that sometimes went on behind the scenes.  To say ignorance is bliss would be true.

After 11 years in the industry, I felt burnt out, jaded, used and abused.  I had signed "bonus contracts" unaware that such signings were part of a greater condition of a company getting sold.  I was given gifts for performance without realizing there were often strings attached (loyalty.)  I'd been promised stock options and incentives that often never materialized.  I saw the dark heart of man and it saddened me.

Things are different back in school.  Students are wide-eyed and excited.  Their enthusiam not dampered.  Their fire reignites mine.  I feel hopeful again.

Game design and teaching are not so different.  In both cases, you're trying to find the best, most effective and efficient ways of reaching your target audience.  Metrics are used to gauge performance.  I communicate daily with said audience to get their thoughts and feelings on how things are going.....where the pain points are, where things could be better.  It has been a natural transition.

But I do not miss the layoffs, the wondering of one's future, and the stressors it would suddenly place on one's life.

As dark as some of those days can be, rest assured there are paths outside the trenches for game developers.  Perhaps some of those paths better align to your skills and ideals.  In the end you might find yourself happier on the outside looking in.

Interested in connecting and speaking with my students about your experiences in the gaming industry?  Feel free to contact me at:  [email protected]