We reached out to some game makers and asked them to name some JRPGs that they believe all devs should study. They provided us with a diverse list of their highly personal picks.
Phill Cameron
Blogger
May 23, 2017

The Japanese role-playing game is one of the most enduring video game genres, and there are myriad good lessons to be learned from the classic JRPG formula. With that in mind, we reached out to some game makers and asked them to name some JRPGs that they believe all developers should study. They provided us with a diverse list of their highly personal picks.

1) Valkyrie Profile 2 -- The evolution of a great battle system 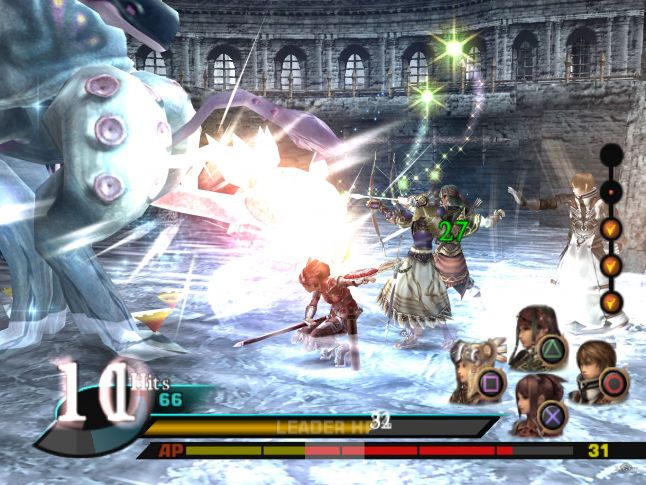 “The idea of taking the previous game's combat system and only adding to it should, in my opinion, be the goal of an RPG sequel (aside from fixing any glaring problems, of course),” Zaimont says. “If I play a sequel, I want to play the first game, but better. And if that can be accomplished by not removing anything from the first game's systems, great!”

Takeaway: When it comes to improving a good gameplay mechanic, less is more. A simple tweak can make it feel fresh, while retaining what made it special in the first place. 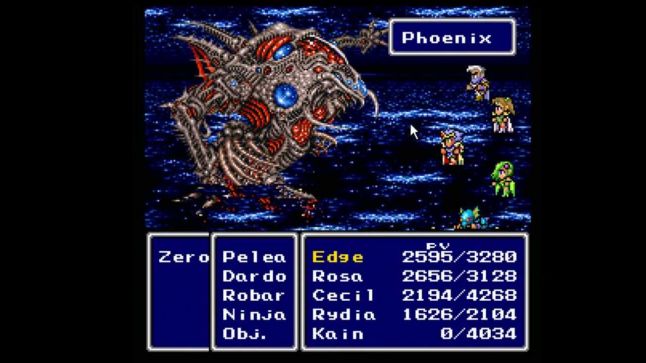 When it comes to party composition, today’s RPGs are all about player choice. You’re given a limited number of slots and a big roster of characters to fill them. But, Zaimont believes that player choice isn’t always a good thing, and he holds up the 1991 title Final Fantasy IV as an example of how forced party composition can improve a game’s boss fights.

“[In FFIV], characters are forcibly added to and removed from your party by the plot, and the availability of characters in battle is therefore controlled by the game,” says Zaimont. “What this means, though, is that in FFIV the game designers had strict control of who was available at each point, and could design fights and bosses around this knowledge. Bosses often made use of specific abilities known only by the available characters and many were very puzzle-like as a result, requiring careful thought from the player as opposed to simply dealing enough damage to win.”

Takeaway: Limiting player choice can be a good thing if it strengthens other aspects of your game. 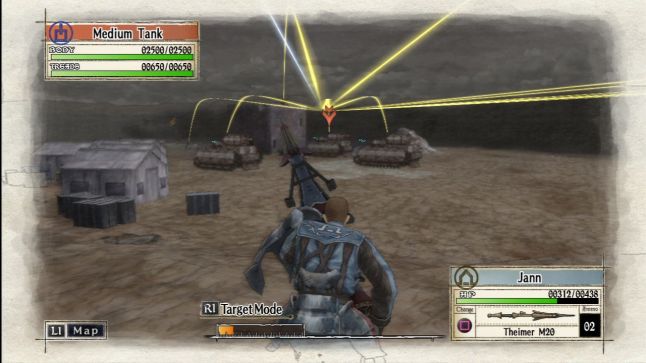 Many tactical RPGs handle movement the same way -- a top-down grid-based design whose blocks represent your movement area. Each character can move a certain number of blocks, and the player usually has a chance to confirm the move before committing to it. The 2008 title Valkyria Chronicles streamlines this process, while layering in a new layer of complexity. It does away with the grid, opting instead for a stamina gauge. As the character runs across the battlefield, taking fire the entire time, the gauge depletes. Finding good cover or an optimal attack position before stamina runs out is a key part of each character’s turn. Overestimate the distance, and your soldiers can find themselves out in the open, easy prey for the enemy.

“Valkyria Chronicles shows that just because things have always been done one way, that doesn't mean it's the best or only way to do such a thing,” Necrosoft Games’ Brandon Sheffield says. “It doesn't sacrifice tactics for action -- each enhances the other to make a much more streamlined experience.”

Takeaway: Don’t be afraid to shake up the old formula and try something new.

4) Disgaea -- Elevating grinding to an art 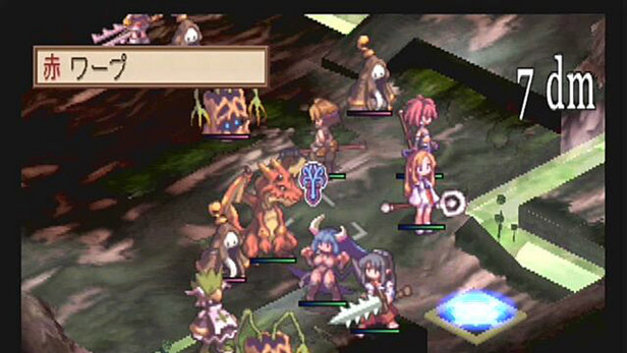 “Grinding” can be a dirty word for some, but Alain Puget of Alkemi Games says Nippon Ichi’s 2003 Disgaea: Hour of Darkness elevates it into an art form. Once Disgaea’s lengthy main campaign ends, a whole slew of new content opens up, and the grindfest really begins. Many fans would say this is where the real meat of the game is though, and there are plenty of lengthy Internet guides on how to power level your way through it efficiently.

“The length of the standard campaign was already decent, but Disgaea offered you successively more secondary and even secret goals, which only appealed to the most hardcore grind troopers,” Puget says. “What seemed at first like a dead end due to impossible odds in the game was often, if not always, just a new goal to achieve. To succeed, you had to discover new ways of earning XP exponentially faster. I haven't seen a system like that done better since.”

Takeaway: Grinding can actually be fun ... if done right. 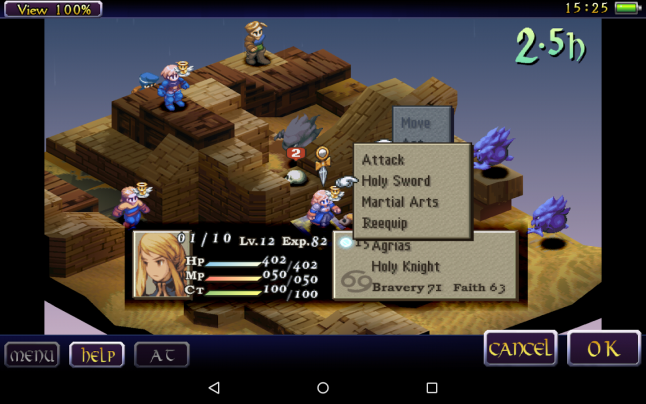 It’s probably no surprise that Final Fantasy Tactics is on this list. Square’s classic strategy RPG inspires near fanatical devotion from its fanbase, and it’s influenced a number of games since its initial 1998 release (some of them are probably on this list as well). Turbo Studios Senior Producer Jim Green thinks devs can learn a lot from Tactics, especially its strong visual character design.

“The early Final Fantasy, games and Tactics in particular, created and solidified the visuals that come to mind when you think of a soldier, a black mage, a rogue, a templar, and so forth,” he says. “So much so that these silhouettes and archetypes are still used by their modern counterparts today and stood the test of time through advancements in technology and design.”

Takeaway: Visuals are important for more than aesthetics. They can help serve the gameplay as well. 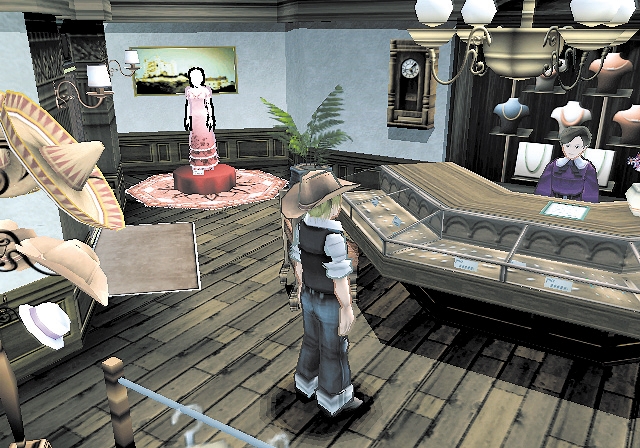 Irem’s PlayStation 2 era action-adventure RPG Steambot Chronicles is a great example of overcoming limitations by providing a rich variety of options, says Jonathan Kim, senior animator at Lab Zero Games. Graphically, it’s ... kinda ugly. But it still manages to captivate thanks to the ridiculous amount of liberty it gives the player.

Steambot Chronicles is a mish-mash of genres, bursting at the seams with side quests, musical mini-games, moral choices, and mecha battles. “The game had so many goofy things to do that were charming, but not necessarily implemented very well,” says Kim. Irem threw everything into this game, including the kitchen sink, and yet it all somehow works.

Takeaway: Give players lots to do, and your game doesn't have to be perfect.

7) Cyberdoll -- Be ambitious and take risks 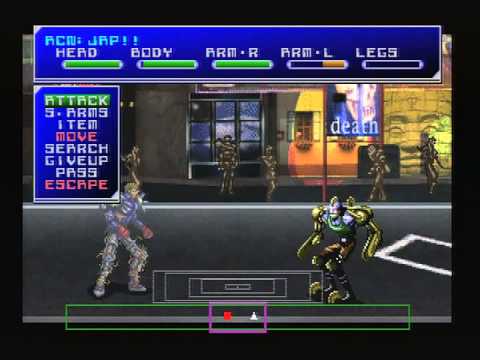 Cyberdoll is an obscure 1996 Sega Saturn game that envisions a future where humans combat a deadly disease by replacing their body parts with artificial ones. Sheffield fondly remembers the game as a good example of ideas over execution. ”They really tried some interesting things, but slightly overreached,” he says.

Although studio I’Max Corp. integrated their world and (some of) their mechanics very well, Sheffield says the battle system was flawed. Targeting specific body parts was a key part of the game’s combat, but one that could potentially leave players in an unwinnable situation. “If you get hit in the legs, and they're disabled, you can't move,” Sheffield says. “If the enemy then moves to a range past which you can fire … all you can do is slowly wait to die, completely helpless.”

The developers overcame this problem by adding a self-destruct option to the battle menu. “Now that's a bloody band-aid right there!” Sheffield says.

Takeaway: A unique innovation can be memorable ... even if it requires an inelegant kludge to make to work.