Rez's Mizuguchi: His quest 'to make the player happy' changed his games

- Tetsuya Mizuguchi, on what led him to create games like Space Channel 5 and Rez

Looking back to the Dreamcast era, the twin releases from Tetsuya Mizuguchi's team at Sega -- Space Channel 5 and Rez -- stand out even amongst a console that burned brightly and briefly.

It's not shocking that the HD remake of Rez, called Rez Infinite, turned heads at this year's GDC, despite it being a new version of a 15-year-old game. 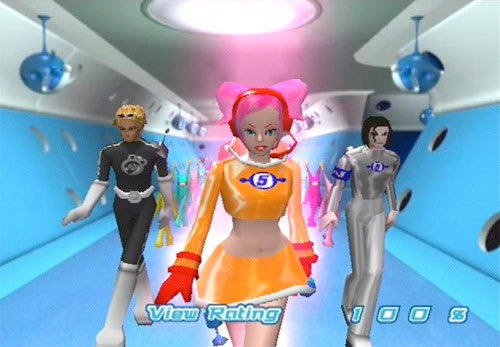 In a new interview over at Heidi Kemps' Gaming.moe, Tetsuya Mizuguchi talks about how he first went to work at Sega, and what led him to create two of the games with which his name is still synonymous, all these years later:

"When I think about the games we had at that time, whether they were arcade games or home games, they all fit into neat little compartmentalized genres. But there was a different sort of expression I was searching for. How do I make the player happy? How do I make the people around the player happy, too? With Space Channel 5, I was going in that direction. I wanted the challenge myself and see how many people we could make happy all at one time.

"With Rez, it was more about conveying the joy of listening to music through a game. The two titles share a common denominator in that they’re based around music, but they have a very different sort of expression. One aims to make you happy; to make you want to get up and dance, while the other aims to create a deeper response to the creation of music itself."

The full interview also contains commentary on Mizuguchi's first game for Sega, Sega Rally, the state of the Japanese game industry, and Smash Bros. creator Masahiro Sakurai, with whom Mizuguchi collaborated on Meteos for the Nintendo DS.