I spent the last 8 years of my life making games for new technologies or unique interfaces specially created for my interactive experiences. My practice of game design in this context allowed me to realize that beyond screens and joysticks lies a world of alternatives begging to be explored. Thanks to lectures and workshops I give at different events and classes I teach in universities, I’ve got the opportunity to formalize my creative process through different methods and analytical tools. Last March, I shared some of them in a talk I gave at the GDC, currently available on the GDC Vault. I decided to make a series of articles here on Gamasutra to summarize my main points and enter into details that wouldn't fit a 60 minutes long talk. I also made some changes based on my researches since then. Here is the first article of this series: the introduction, or how I found myself making games with weird interfaces. 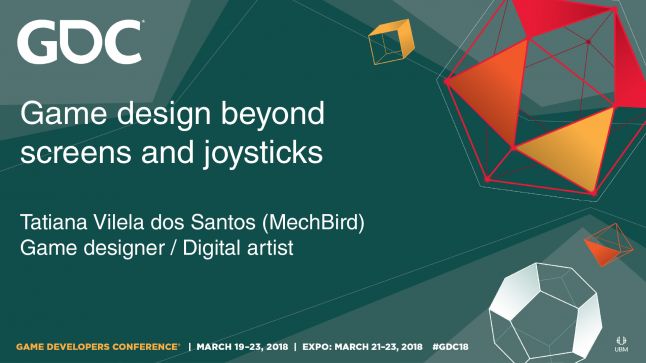 In 2010, I’ve been offered to work as a game designer in a French company. The job was to design an adventure game for iPad which, back then, was just released. This was quite a challenge as the technology just came out and I was the only designer of the company. When I overcame the panic of having so many responsibilities, I gladly embraced the challenges offered to me. Looking for the specificity of the medium to provide unique experiences through a tablet relevant gameplay grew on me very quickly. So, when my mission ended, I specialized in making games for new technologies as a freelancer. What I thought was a bold choice happened to be a really good move. Working with technologies that are just released opened me lots of doors. Companies need reckless designers with technical background  to work with technologies that have poor or no use recommendations. Since then, I never stopped and I’m now directing my own VR game. 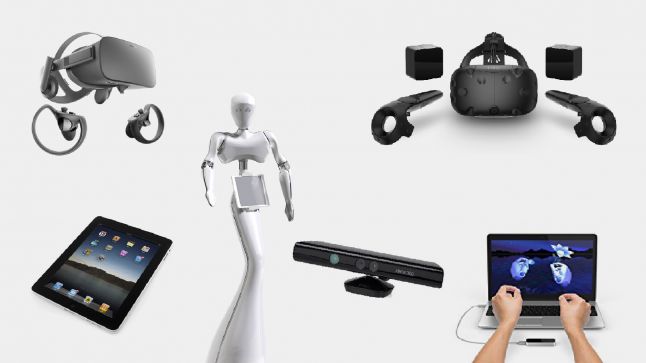 To give you a concrete example of what designing this kind of games can look like, here is the story of Virtual T-Break. In 2014, I started to work with what became one of my main client: a British digital agency specialized in communication campaigns for large corporations. This time, it was for a French bank funding all the biggest tennis related events around the world. They commissioned a game that would help people connecting with each other in their VIP lounge at the WTA Finals in Singapore. I had three expectations to meet: the game needed to be somewhat related to tennis, easy to understand for a lay public and technically advanced. So I made them Virtual T-Break: a Pong-like game with freer movements, typical arcade features like multi-balls and speed boosts, played on a wide interactive table with Leap Motion controllers on each side. 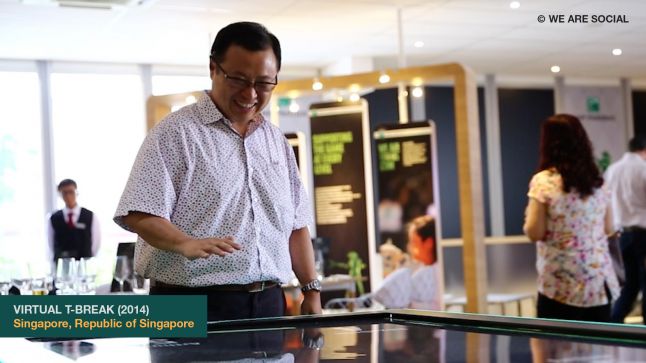 As a lot of designers, while I was working as a freelancer I quickly started to think about making my very own projects. In 2012, I developed my first exhibited game, Lacci: a digital maze based on visual illusions in an optical art style environment. Of course, the point was to force players to call into question what they were seeing but also what they were asked to do. The game starts in a maze of corridors. Walls are soberly dressed with black and white checkers. At each corner, an arrow show you the path to follow. But as a I’m a sadistic designer, following them will only lead you to walk in circle. Transgressing the system injunctions is necessary to progress in this game. Probably thanks to the disturbing yet minimalist graphics and the way I addressed transgression, the world of contemporary art opened its arms to me and since then I never left them. 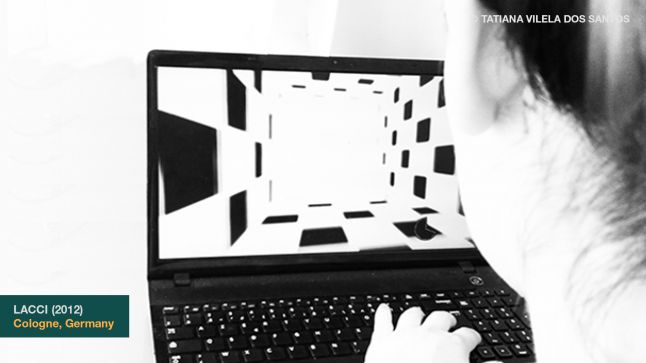 All my works aim to induce a way of thinking and shape certain behaviors in the players. Messing up players’ perception and prejudgments is one of my greatest joy in this world. In Spoons, the VR game I’m currently directing, I’m constantly using changes of points of view to reverse the look and feel of objects. At the beginning of the demo, as the player can shrink and grow, what appeared small and cute at first often becomes disproportionately large and threatening later on. Below is a giant ravenous monster that the player has to feed which looked like a mouth-watering donut in the first place. 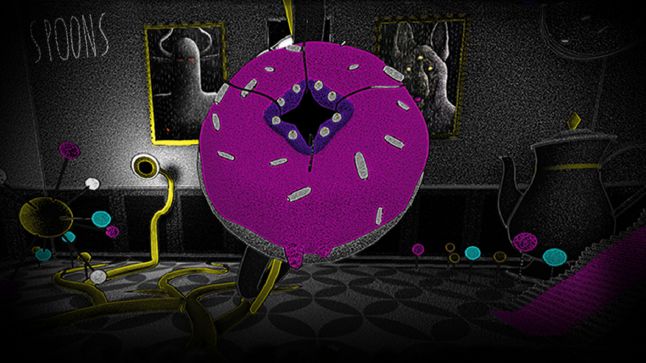 As I was trying to shape players’ behavior with common interfaces, I found myself quickly frustrated by generic controllers and especially twin-stick gamepads. Despite their undeniable qualities, ergonomics, resistance, adaptability… their design only aims for one type of experience: digital immersion. They’ve got to keep a low profile so players can forget where they physically are and be transported in the fictional world behind the screen. Their standardization conceals a world of other potential experiences. Immersing players in a digital world became an obviousness. Making games with unique alternative interfaces can allow designers to remove the blinders that are available technologies and free ourselves from the injunction to digital immersion. The point of this series of articles is to identify what kind of other game experiences can be provided and how to tackle their design. 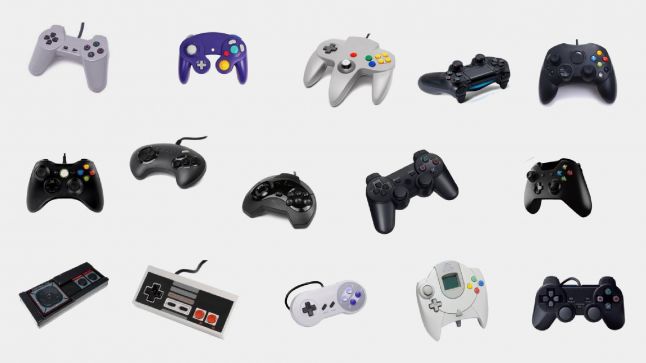 Let’s conclude this first article with the story of my very first alternative controller. In 2013, I was conducting research at university on perceptible but intangible interfaces like sound, smoke or light.
One of my main research problem was about direct feedbacks provided to a user with such interfaces. While pressing a button provides a direct feedbacks: up or down, the density of smoke is not as obvious. This is how Oort is born, a classic avoider game featuring a podracer controlled by light. Each pod of the spaceship can be moved vertically to avoid scraps coming its way. As the engines are powered by light, I wanted players to literally control the brightness in the physical environment. So I made two black boxes with a LED bar and a light sensor so that players can adjust  the amount of light that reaches the sensor by covering the source with their hands. This is how my journey in the wonderful world of alternative interfaces really started. 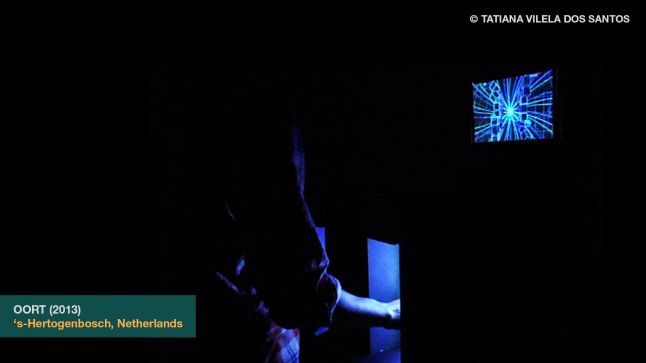 In the next article...

In the next articles I’ll address some User eXperience Design tools to tackle this specific kind a game design and analysis. I’ll illustrate my points with games of mine. I’ll also provide elements of terminology that I use, on a daily basis, to describe my works. First tool to come : the Human-Computer Interaction loop.