'A brawl and a race': Designing for the long game in Subterfuge

It wasn't until Ron Carmel became a parent that the ideas informing Subterfuge began to coalesce. The World of Goo co-creator knew that he wanted to make the mobile game equivalent of the glacially slow PC strategy title Neptune's Pride.

But Carmel figured that his game had to be mobile, as being a parent made it impossible to sit at a PC for any length of time, let alone to play a game that requires as much time as Neptune’s Pride.

Carmel teamed up with Noel Llopis--a fellow new parent and designer of Flower Garden--to create a strategy game that would suit their lifestyles. Carmel says they wanted to create "a short-burst experience that was also deep and engaging and meaty, something we could sink our teeth into.”

In Subterfuge, eight online players compete against each other in real-time to capture their Queens or to create 200 kilos of the element Neptunium. They do the latter by creating mines and drilling into the seabed. A player can only form mines at outposts they own, and so battles are fought to gain more of them.

Players must decide which outposts to launch submarines toward, and how many of their Specialists and Drillers they'll transport in the process. If you overpower your enemy's Drillers, then you gain ownership of that outpost. Drillers and Specialists can also be transferred between friendly outposts to boost their defense. As Carmel puts it, it's "a combination of a brawl and a race."

"Carmel says that his mobile strategy game is a combination of a brawl and a race."

In Neptune's Pride, a single match can take two to six weeks to play. "With the amount of involvement and investment you have in a particularly desired outcome, [the game] becomes pretty serious and pretty heavy," Carmel says. “It creates a very strong emotional attachment.”

Carmel found that the "sheer length" of matches in Neptune's Pride is what drew him in, and he wanted Subterfuge to have that same cadence. However, Carmel found Neptune's Pride's month-long matches to be too demanding. He could only ever manage one per year. And as Subterfuge was to be a mobile game, he sought to have "something that was less involved and less encompassing."

A game of Subterfuge lasts for seven to 10 days. Carmel describes it as a "good middle ground," creating a deep emotional investment without detracting from the player’s quality of life.

Seven to 10 days isn't a strict time limit--that's just how long it usually takes due to the pace of the game. What creates this slow pace is the time it takes for submarines to travel between outposts--on average, about 12 hours.

Another reason that drawn-out match length was important to retain was due to it giving players time to indulge in diplomacy. If you see that a player has launched submarines at one of your outposts, you may want to reach out to a third player to request some of their Drillers to help you win the battle.

"Restricting communication to text reinforces the feeling that things may not be as you think, and you have to be a suspicious of people's motives."

The methods by which players can communicate with each other is one of the most interesting parts of Subterfuge's design. Carmel and Llopis considered letting players use voice, to record videos, or to send screenshots to each other. All of these considerations were eventually dropped. "The game is a lot more interesting when you can't do that," says Carmel.

The only way to communicate with other players in Subterfuge is to type out text messages. "Restricting communication to this relatively limited medium of text reinforces this feeling that things may not be as you think, and you do have to be a little suspicious of people's motives," says Carmel.

Since you can only see as far as your sonar allows, players will often find that they have to rely on other players for information. But they are also aware that all alliances are temporary, and information cannot necessarily be trusted. Making communication text-only makes it easier for players to lie to and betray each other for their own benefit.

"We did think about adding game mechanics that actually reinforced making alliances explicit in the game," Carmel says. He adds that some players did request formalized alliances. "But for the same reason we avoided screenshots, we eliminated that. We wanted all alliances, and everything that's communicated about in the game, to be fluid."

Enabling this ambiguous interaction is part of Carmel and Llopis's grander effort to avoid Subterfuge becoming a chip-taking game. This concept is outlined by Thomas Ferguson in his book Game Theory. The archetype is this: All players have chips, each player takes a turn to take a chip from someone else, and when a player loses all their chips they are out.

"The chip-taking game is what a lot of political games tend to be reducible to," Carmel says. "There's not really any skill involved, other than the skill of trying to convince players to take a chip from someone else."

According to Carmel, to avoid the chip-taking game, each player's strategy has to matter. And this is why Subterfuge has Specialists. Every 18 hours, you get a choice of three Specialists, but can hire only one. What determines the Specialist that you choose are their various skills. These can, as the rulebook says, "break and change the rules of the game." The full list of Specialists shows the strategic possibilities each one offers, whether it's generating Drillers quicker, increasing the sonar range, or allowing for quicker attacks against opponents. 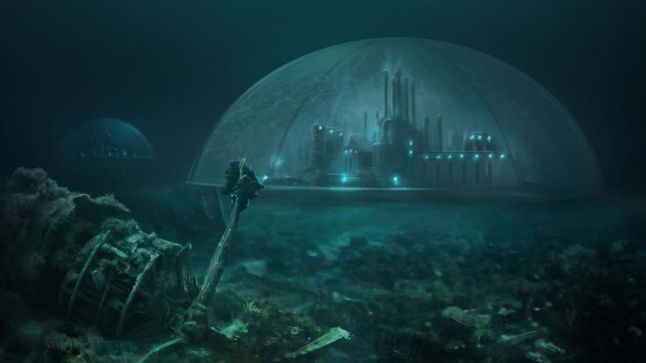 While Subterfuge borrows heavily from Neptune's Pride it also differs from it in one vital way. Other than the shorter match length, what turned out to be very effective in retaining the player's quality of life is Subterfuge's 'Time Machine' mechanic.

As the game is deterministic, the Time Machine lets you wind forward into the future and see what the situation would look like based on the information you have at present. Not only that, you can actually launch submarines at a specific time in the future so that you don't have to set an alarm during the night to make an important move.

Getting up in the middle of the night and having to rush through meals is something that Carmel found himself doing while playing Neptune's Pride, and he didn't want it to carry over to Subterfuge. The Time Machine mechanic solves that.

Helping it along are the game's push notifications. It took some tweaking to get the number of push notifications right--too few would render them pointless, and too many would become annoying. "In the end we came up with a rule," Carmel explains. "Anything that happens that you could not have known about earlier, we will send you a push notification for it." The effect of this is that player's don't have to constantly check their phones to ensure they don't miss out on anything important happening. 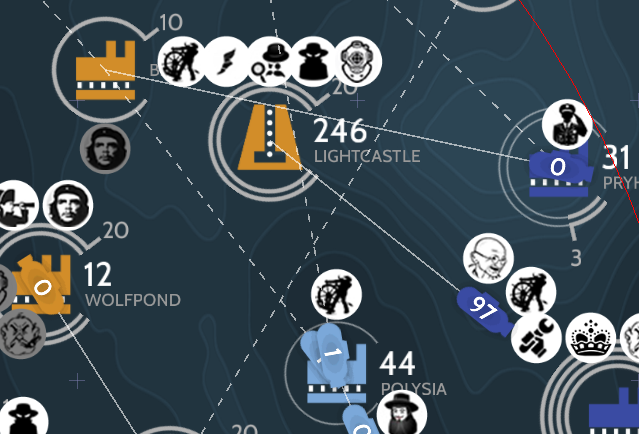 It helps that Subterfuge isn't a game that rewards micro-management. In fact, the game's pricing model is designed to discourage it. Anyone can play Subterfuge for free. What you pay $9.99 for is the game's "convenience features." The biggest of which is being able to make more than one move in the future using the Time Machine. Buying into the game allows you to spend more time away from it, while still executing precise strategic moves.