What's so confusing about the Nintendo 2DS?

People seem to really be at a loss for what Nintendo's attempting with its latest handheld. It seems fairly obvious to me...
Christian Nutt
Blogger
August 29, 2013

The name is not great. We can all agree on that. The company painted itself into a corner with the name of the Nintendo 3DS, of course. What seemed clever at the time (3D + DS) turned out to be confusing to consumers (is it the DS, just in 3D?).

The problem being, of course, that if you take the 3D out of the 3DS, you have to take the 3D out of its name, too. Oh, dear. I've seen a GameStop clerk struggle to explain the distinction between the DS and the 3DS to a confused parent. Maybe she didn't even understand it herself. Adding more confusion to the equation isn't likely a great idea.

So, yes, brand confusion, a major affliction at Nintendo of late. That I will not just concede, but am openly critical of.

Beyond its name, though, I can't see anything to complain about or criticize with the 2DS. You have to understand what the purpose of the unit is, and why it is the way it is. 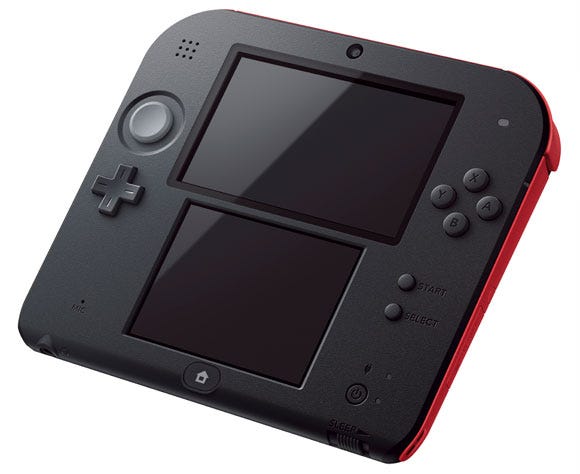 The entire point of the design of the 2DS is to make a sturdy but cheap-to-manufacture console that the company can sell in the Western mass market to kids (and, critically, their parents.)

While Nintendo's Scott Moffitt calls its launch alongside Pokémon X & Y "coincidental" in this interview, he's right only in the sense that the console wasn't made specifically and only to sell alongside that game on that day. But at the same time, the implications of the dual launch cannot be ignored.

For parents: Here is a cheap way to get your kids Pokémon. For Nintendo: Here is a way to get the next generation of Pokémon to more kids.

In many ways, the 2DS is Nintendo working backwards, and this seems really weird to gadget-head, tech-obsessed gamers. But bros… I have to tell you. You are not the target audience for this thing. Stop trying to wrap your head around it as though it's a potential purchase.

You have to think back to the Game Boy Advance generation to really get it. This is like the GBA to GBA SP transition, but in reverse. The original iteration of the hardware was sturdy and plasticy and kid-friendly (and cheap). 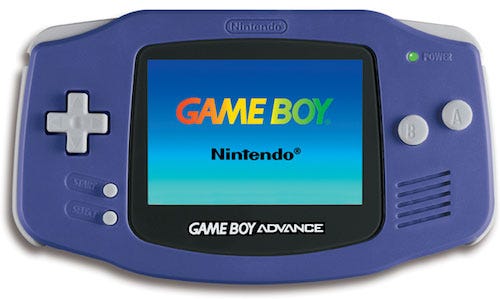 The SP revision was slick and metallic, and its lighted screen aimed at the large hardcore audience that the system had attracted (which, by the way, was pretty much the first time a Nintendo portable had done so -- the Game Boy Color was at best simply ignored by the enthusiast press of the 1990s). 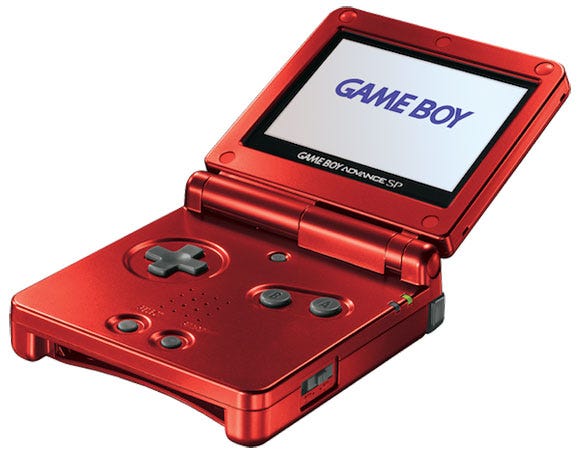 The GBA and GBA SP were sold alongside each other at retail: two choices, two audiences.

The 3DS has a fantastic software lineup -- who can argue? -- but it's pretty expensive as a gift for a kid, there's that scary warning that 3D is only safe for ages 7 and up on the box of every game, and the clamshell hinge is a bit fragile for a system that kids are carrying and tossing around.

I don't know if you remember the U.S. Super Nintendo, but you could throw that thing off of a moving truck and it would keep working.

So the company removes everything that makes the 3DS more expensive to manufacture: the hinge, the 3D screen, even a speaker -- while keeping everything really important to its functionality (wifi, SD card, dual screens, stylus). You can still buy games from the eShop, play multiplayer, and StreetPass.

And I would bet you a very pricey Starbucks latte that the fact that the two screens are really a single panel split by a plastic bezel, again, goes to reducing manufacturing costs -- overall, aside from losing the expensive 3D screen, simplifying the manufacturing process is my very slightly educated guess about what makes this one so much cheaper for Nintendo to make.

As for the fact it doesn't fold anymore, the last time I checked (and I'm not a parent, so feel free to call me on this one) kids didn't really shove stuff in pockets so much as carry it around with them in bags or cases. As far as I recall, too, Nintendo had plenty of success with and few complaints about non-folding portable systems from 1989 - 2003.

Reggie Fils-Aime told IGN that Nintendo hopes to capture kids younger than 7 -- the earliest recommended age for 3D play -- with the 2DS. Guess what? Everybody who's on Facebook has read a million updates about how their kids know how to use tablets and smartphones by 2 years old these days. Does that really seem like a dumb move to you, to try to capture even a slice of that market?

The 2DS is rugged, cheap -- Fils-Aime told Kotaku that it's got a slim profitability margin, but hey, slim is much better than none, right? -- and expands the audience to more kids and their value-conscious parents (of which there are a lot in the U.S.). And as a side benefit, it might even appeal to a swath of hardcore gamers for whom the 3DS is still too expensive or unattractive (for what it's worth, I talked to a friend last night who said he's been waiting for a version of the system where he didn't have to pay a premium for a 3D display he wouldn't use. Well, here it is).

So yeah. Why is this a bad idea again? I don't know how well it's going to work (my gut says: really well, if the name thing isn't too damn confusing) but that's just my gut. But I find it hard to argue that this is bad move on any level.

Again, stop thinking of this as a downgraded 3DS you don't want to buy and start thinking about it as a starter 3DS kids and parents might end up buying.

Sure, you can ask a more fundamental question: Whether parents even want to buy $40 cartridges for kids anymore. That's a valid question. Certainly the bottom has completely fallen out of the Nintendo platform shovelware market, which of course says something loud and clear. But there's plenty of great games for kids on the system already.

Nintendo's strength is its own software, and it has figured out a way to deliver a device that makes its premium-priced software significantly more attainable. Now it's up for the market to show us if that's going to work.

It's impossible to argue that tablets aren't encroaching on Nintendo's kid-oriented business. Kids' apps generate lots of money on mobile devices. It's also difficult to argue, I think, what effect this move will have -- how big of a wave it will create. But what it can do is make Nintendo's 3DS platform into a broader, more sustainable business. Maybe the company can never climb as high as it once did in the West -- because times have changed.

The 2DS is not an attempt to fundamentally change the game -- console cycles only allow for that if you cut them off at the knees. But there's a difference between a difficult battle and a pointless one, and from that perspective the 2DS seems like a smart move, particularly in the middle of a generation that's overall going well for the company.

Remember, before the GBA, Nintendo's handheld platforms were plasticy bricks for kids. This is a return to form.