SEARCH
A minimum of 3 characters are required to be typed in the search bar in order to perform a search.
Console
9 min read
article

This is Why Video Games Are Dying 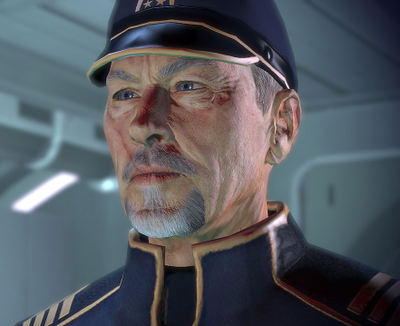 Today's video game industry is in decline, and in Japan, the decline may be terminal.  This decline has been obscured by Nintendo's spectacular success with the DS and Wii, but now that they are planning to move away from the growing markets responsible for that growth, the decline will become all too obvious.

So why are video games dying?  Simple.  The people who work in this industry don't want to make video games.  They don't want to be thought of as toy makers or nerdy computer programmers.  They want to be seen as artists.  They want to be movie directors, rock stars, celebrities.  In the pursuit of this goal, the rush for ever-more powerful hardware has sent budgets skyrocketing to over $50 million per title.  That's fifty million dollars to make a single video game.  This is total madness.

The average age of today's gamer is 35.  That means these "cinematic experiences," or whatever the hell they're called, are consumed largely by aging Generation Xers.  I shouldn't have to point out that this strategy is certain suicide; frankly, it's amazing that my generation is still spending money on video games.  But real life will force itself upon us, as we increasingly deal with marriage, raising children, taking care of aging parents, burying grandparents.  We have to seriously focus our free money on our homes, our retirement, our health care (thanks to the USA's third-world "bah humbug" system).  If you're still harboring fantasies of playing Xbox games until 2am when you're pushing 40, lemmie tell ya, it ain't gonna happen.  Wake up.

Video games have to be video games, not movies, not television shows, not art school projects.  This is not about the "creativity" and "vision" of the game designers.  This is not about a pampered class of prima donnas who wish to be paid to sit in their chairs and lounge around, all while their horribly overpriced cinematic movie games fail to stop the decline of the market, or even turn a profit.  Nobody asked for these stupid video game "movies."  It's embarrassing, like watching a grown man playing with dolls.  That's what comes to mind when I see something like Mass Effect 2 (shown above).  This is where the obsession over "video games are art" ends.  This is how bloated industries decay and die.

At some point in the future, even the most gullible of the "hardcore gamers" will get sick and tired of consuming the exact same gun games again and again.  Is Microsoft really making a Halo 6?  Notice how they're deliberately mis-numbering the upcoming title as "Halo 4," hoping that you'll forget the last two Halo sequels.  Is this all we'll ever get?  Good Lord, there's even a Batman gun game on the horizon.  And let's not get me started on the newly-released, long-awaited Duke Nukem Forever.  Nothing but hand-holding manipulation to lead you from Bad Movie Cut-Scene A to Bad Movie Cut-Scene B.  Yuck!

I think the dirty little secret is this: most 30-somethings only continue to buy video games out of habit.  That, and nostalgia.  It's just something that we've done since childhood, and we always believed that video games themselves, as a pop-culture force, would live on forever.  But that just isn't the truth, and it hasn't been the truth for a long time.  It's about time that we honestly acknowledge that fact.  Today's game industry is a slop factory churning out plasticine, digitized horseshit.  And for that, I am truly sorry, because compost has given us so much.

I'll bet you were thinking that modern games were about you, the player and consumer?  Sorry.  These "cinematic experiences" aren't for you, grampa.  They're for the arteests who are gracious enough to bless us with their wondrous presence.  Oh, thank goodness for these geniuses and their wonderful vision!  Why should I even watch a real movie, or read a book, when I have the wonderful brilliance of Duke Nukem and Mass Effect and Alan Wake and Modern Warfare?  Truly, we live in a golden age.  I'll go set fire to my Sega Genesis at once.

If video games, as a cultural force, truly die, then it's because it deserves to die. 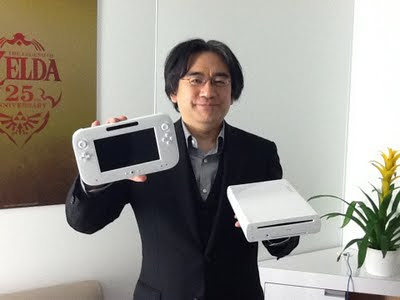 Where the hell are the investors?  That's what I want to know.  Where are the business tycoons?  Where are the cold-heared capitalists who care only about making money and adding new customers?  These are the questions rolling through my head this week in the wake of Nintendo's disastrous E3 conference.  Nintendo had no games for DS, no games for Wii.  They did show a tablet controller, aimed at attracting industry support so you can play the same stupid gun games you already have on the PS360.  They showed a tablet that resembles an iPad, only with 14 buttons and a primitive touch-screen.  They have a handful of gimmicky demos that appear to be nothing more than existing Wii titles, but with a silly gimmick tacked on at the end.

Did anybody ask for this?  Did anybody think to themselves, "Gee, Wii Sports is fun, but what I really need is a bulky tablet to put on the ground so I can see my golf ball?"  Really?  I mean, really??  Any such customers exist only within Nintendo's imagination.  It's kind of like that Simpson's episode where Marge tells Homer to steal a car.  Homer completely imagines it, of course, but it's good enough for him.  Let's-a go!  Wii owners have been frustrated about one issue: a lack of games.  We want more motion-control and old-school video games.  We never asked for a tablet.

Nintendo is a unique case of insanity.  They carefully build a successful brand (Wii) and business strategy, and then turn completely around and abandon it.  They build the Wii Remote, a remarkable device that returns video games to its simple 1980s roots, and then refuse to make any games that use it.  They continually roll out trinkets and gadgets, use them once or twice, then throw them away as their superstar game designers become bored.  How many ridiculous gadgets has Nintendo punched out over the last decade?  There's the Wii Remote, the Balance Board, the Steering Wheel, the Wii Remote Plus, before that there were some bongo drums, a cable that connected a Gamecube to a Gameboy Advance, the E-Reader...am I missing anything?

"The Wii Remote is the foundation of this company.  Period."  That's the only thing I want to hear from Nintendo's top brass.  Instead, all I hear is about Shigeru Miyamoto's personal whims.  He doesn't want anything to do with the Wii because it's "old tech."  He can't be bothered to follow through the spectacular success of Wii Sports and Wii Play and Mario Kart and Super Mario 5...he just doesn't feel like it.  But he did have time to create a personal vanity project instead, called Wii Music.  Wii Music was a disaster at retail, a miserable failure...and I'm the one guy who actually liked that game.

Did you ever seriously believe that when Nintendo announced its successor to the DS handheld that most of Nintendo's software titles would be warmed over leftovers from the Nintendo 64 and Gamecube?  Zelda Ocarina, Starfox 64, Animal Crossing, Luigi's Mansion...Yes, Luigi's Mansion, the launch game that sunk the Gamecube.  Why is it being made?  Because Miyamoto wants to do it.  End of discussion.

Will we get a new game that uses the Motion Plus?  How about a sword fighting game?  How about more old school 2D games like Super Mario 5?  How about a New Legend of Zelda (going back to the NES originals)?  How about Ice Hockey, or Ice Climber, or Rad Racer, or RC Pro Am, or Gauntlet, or Contra, or Life Force?  Why can I come up with more ideas for Wii games in 30 seconds than Nintendo could in the last three years?

Notice that neither Miyamoto nor anyone else at Nintendo suffers any penalty when their vanity projects crash and burn at retail.  Yoshio Sakamoto all but buried Metroid with Other M, a bloated (wait for it) cinematic stink burger.  Eiji Aonuma has all but ruined the Legend of Zelda series with one gimmick-laden puzzle game after another.  Does anything happen to these so-called "gaming gods?"  Of course not.  Despite making a train wreck of one beloved franchise after another, Nintendo keeps these men dutifully employed and overpaid, with no change in direction, and no enforcement from the executives at the top.  They continue, unabated, with their own personal "visions" of artistic greatness.

Perhaps the blame needs to go to the top.  Does Nintendo President Satoru Iwata have any clue what he is doing?  Did he ever have a clue?  I'm beginning to believe the Wii was as much a surprise to Nintendo as it was to the rest of the game industry.  It's not everyday that your press conference ends with more questions than when it began.  Wii U?  Well, which is it?  We, or You?  Is the tablet the controller, or the system itself?  Why do multiplayer games require the Wii Remotes instead of more tablets?  Does this console use only one controller?

In answer to the last question, yes.  The Wii U only allows for a single tablet controller per console.  Imagine that.  The extra players can still use their Wiimotes, which pretty much makes the whole tablet concept useless.  Imagine if Nintendo released the N64 with only a single analog controller, and then refused to sell any more at retail.  "Don't worry, you can still use your Super Nintendo controllers."  In other words, go pound sand.  Miyamoto is busy waxing poetic about his "experiences" and "imagining the possibilities."  You go play in the corner by yourself with your little pretend tablet.

Do these people not believe in capitalism?  Do they just not want to make money?  Frankly, it's a miracle the company's stock only fell 10% in the wake of the U's unveiling.  Nintendo's stock price is now back to where it was before the Wii was launched in 2006.  Iwata has lost all the money.  This is why video games are dying.