The power of Wikipedia: How I became gaming's most popular and anonymous photographer.

My experience of accidentally becoming one of gaming's most important archivists. Showcasing the need for public domain photos of gaming history.
Evan Amos
Blogger
October 29, 2013
I'm a very accomplished photographer.  My photos have been in magazines, newspapers, textbooks, blogs, online videos, television and any other medium that you can think of.  My work has been seen by millions and will be one of the most important resources for the history of video games.  The only catch is that I'm almost never credited and don't get paid for it.
Wikipedia is one of the internet’s most powerful sites, with its massive user base and high-ranking results in search engines. As a result, the photos associated with its articles quickly become some of the most-seen images on the internet. This massive visibility, however, comes at a cost: to place a photo on Wikipedia a photographer must give away all rights to the photo for free. This leads to massive exposure for your work, but at a price: you must release your rights so your photos can be used by anyone, for any purpose, without any compensation. 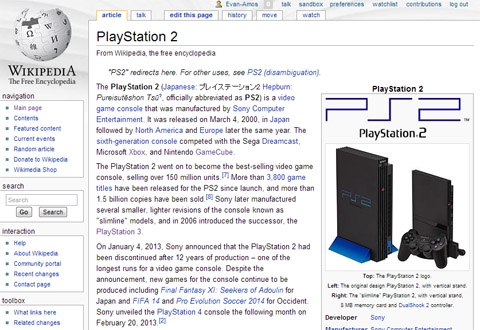 It’s a crazy trade off for a professional photographer, but this is exactly what I do, because my passion for video games and photography outweighs any potential financial gain. I take high-quality, hi-res photos of video game hardware and upload them to Wikipedia.  From there, these photos spread – showing up in videos, magazines, blogs, and news articles.
I didn’t realize this would happen when I first started taking pictures of game consoles. It all began because I was annoyed by low-quality pictures on Wikipedia: small, poorly composed and lacking consistency.  When I looked further, I found it was the same situation across the rest of the internet.  Why had no one bothered to take good pictures?  If no one else was going to do, I would do it.

I made the jump from Wikipedia reader to Wikipedia contributor. Many don’t survive the experience: the rules and bureaucracy of Wikipedia’s formatting, along with the surprisingly unfriendly atmosphere new editors face, makes the learning curve steep. I made beginner’s mistakes and took hits for them, but my work started becoming more proficient and my persistence paid off: my photos began transforming Wikipedia articles.
At first I took photos of food items, candy bars and electronics, but I began narrowing my focus on video game systems. I started making lists of every console ever released.  Before the video game crash of 1983, there were numerous systems, many now barely remembered, with little information available.  Message boards and fansites had few details, with the same poor, low-resolution pictures. I realized that relatively recent history was being lost to time, all because the internet did not have good information and media about these game systems.  There was a need to document these systems and show people what they looked like before they’re forgotten to time.
The problem is access to the actual systems.  I only had a small collection of consoles to photograph, and it’s the same stuff everyone else owns: an NES, an Xbox and so on, but who the hell owns a VTech CreatiVision? Who has even heard of a Bally Astrocade? 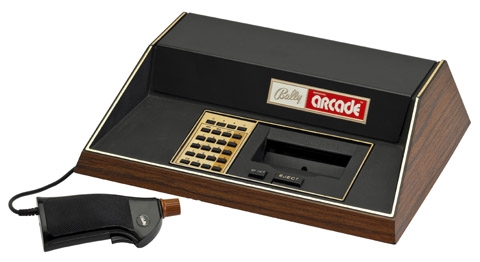 I started contacting collectors and anyone willing to help.  I found a passionate collector on Long Island, so I lugged all my photo equipment and lights on the Long Island Railroad to his house to get the pictures I needed. After just a few hours of intense work I was able to more than double my previous collection of photos that I had taken over weeks. I found an independent games store Video Games New York that let me "rent" out the hardware they sold, as taking pictures in the store would have been impossible.  There was also James Baker, an enthusiast whose collection covered a large wall at his business.   With the assistance of just a handful of collectors I was able to document a large amount of video gaming history, with a gallery that including rare consoles like the Sega SG-1000 and the Casio Loopy.
Despite my progress there were still gaps, with systems and hardware too numerous and obscure to be covered by local collectors. Travel to other collectors was cost prohibitive – remember I’m doing this for free.  It wasn’t in my budget to purchase newer systems that needed photographs like the Nintendo 3DS, the PlayStation Vita and Wii U. (Plus, who wants to own a Wii U right now?) And as my process improved, I wished I had the opportunity to redo some of my earlier work. Facing these challenges my work halted. 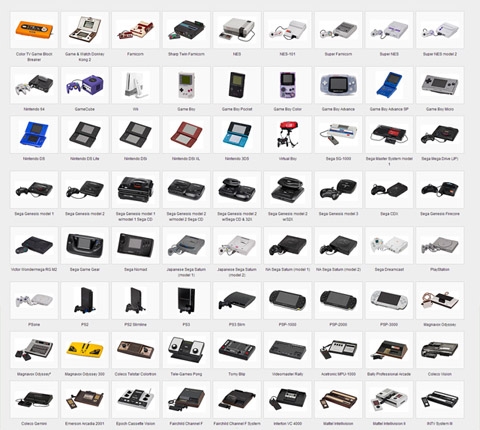 It was during this lull that my pictures starting taking off. Gaming blogs and YouTube series about gaming began using my photos, especially the older consoles. Newspapers and magazine were using them as well. This took me by surprise, but the reasons were obvious:  because my photos are on Wikipedia they’re immediately available and usually what a person finds first when they google it.  Also, the photos are easy to reproduce – they’re direct and clear photos with white backgrounds – and they’re free so there's no need to find original owners and get permission, if they can even be tracked down. As a result, my photos were popular and being used around the world.
However, even if my photos were being used often in numerous places, it was usually without credit.  It's even happened on this site.  Maybe it's because the pictures are free, or maybe it's because of the nature of the internet.  Either way, I've come to terms with it if; I'm just happy that the work is being seen and used.
Even without accreditation, people found me on my Wikimedia page.  I would get the occasional thanks for my photos, like the one of the Vectrex system (an obscure flop).  I begin to realize this was less about the quality of my work and more about saving and sharing the history of gaming. It turns out that my video game gallery is a valuable resource of gaming information: one central location, easily found through a web search, with consistent and complementary high-quality images available to all for free. 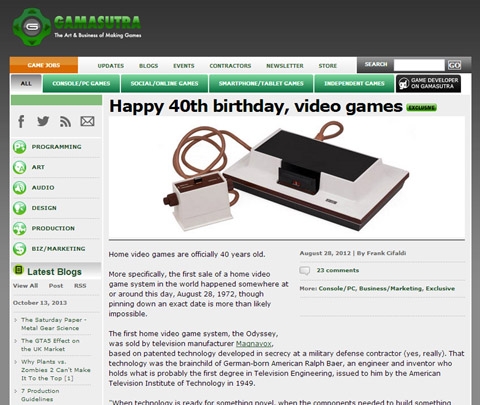 I wanted to continue and expand my work with new ideas: more pictures from different angles, motherboard shots, videos and detailed descriptions. Yet the same problems remained: access to systems and money, but I now understood that there was a community of gaming fans that appreciated this work and could help close the gaps. I started a Kickstarter to appeal to the gaming community and ask for their help in transforming my current gallery of pictures into an expanded and in-depth site tailored to gaming history's needs. The funding would allow me to purchase old and obscure system and spend the time to document them in the detail they deserve.

There is a huge need for this.  There is no one else trying to provide this service at this level, at this quality, at this reach (Wikipedia) and in a format (public domain) that will ensure that these photos will last for decades from now.  The work that I've already created and its impact thus far is a testament to the importance of the project.  These are the reasons why I do this work, and why I do it for free.
Please take a look at my existing gallery and watch my Kickstarter video.  If this stuff appeals to you and you want to see more, consider donating some money.  There's only a week left to donate, so there's little time to waste.  Some might see this work as madness: hundreds of unpaid hours seeking out and photographing gaming systems that have been lost to time.  But my work and my Kickstarter aren’t for them.  Instead it’s for the guy who would consider traveling 8 hours round trip just to visit a retro game convention or would take apart an NES controller just to see what’s inside. I admit it’s a little crazy – but I don’t think I’m alone.
Get daily news, dev blogs, and stories from Game Developer straight to your inbox
Subscribe