SEARCH
A minimum of 3 characters are required to be typed in the search bar in order to perform a search.
Console
5 MIN READ
Blogs

One of the most interesting and talked about games created are Ubisoft’s Assassin’s Creed series video games. Played on a variety of different game consoles, these games stem from the game mechanics of Prince of Persia which were a very popular game i
Pashang Engineer
Blogger
December 09, 2020

One of the most interesting and talked about games created are Ubisoft’s Assassin’s Creed series video games. Played on a variety of different game consoles, these games stem from the game mechanics of Prince of Persia which were a very popular game in its time. The game developers just followed the concept of how do I make something working and popular and make it even popular?

Before reading further in this article there is some terminology you need to be familiar with.

Diegetic: Interface that is included in the game world -- i.e., it can be seen and heard by the game characters. Example: making sounds or creeping up from behind until someone notices you in Assassin’s Creed.

Non-diegetic: Interface that is rendered outside the game world, only visible and audible to the players in the real world. Example: most classic heads-up display (HUD) elements.

It follows a storyline of a ‘legendary Spartan hero where he must forge his own destiny and define your own path in a world on the brink of tearing itself apart’. These words are literally from the website. It also follows with an ‘Influence how history unfolds as you experience a rich and ever-changing world shaped by your decisions’. WE GET IT! You want this game to be marketed as a ‘be your own author’ game. Ownership in a game has been popular for a while now, one of the first games created was in fact ‘Grand Theft Auto’.

Assassin’s Creed: Odyssey is an amazing example of how Ubisoft has been making great leaps in inserting diegetic elements in games. I have picked Odyssey from the series of all Assassin’s games simply because I have spent the most amount of time playing this game from all the Assassin’s games in their series. Assassin’s Creed games are known for their non-diegetic elements in their games. Their HUD displays show exactly how much health you have on the bottom. The top display HUD is another innovative display. The top display shows exactly which location you have discovered and if the color changes to red then it means you have danger lurking around and your enemies are nearby. The game is very well balanced in terms of both elements diegetic and non-diegetic elements. 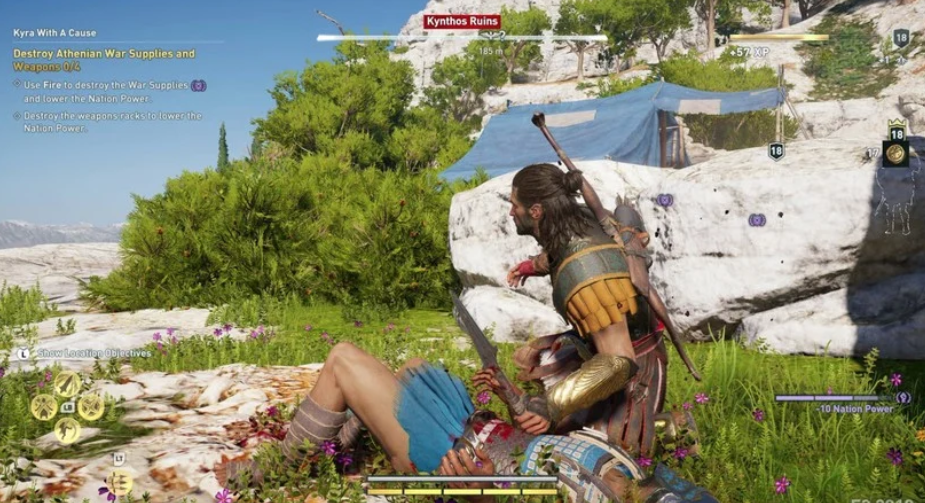 Fig 1: The top HUD shows your location along with different dangerous situations & the bottom HUD is your health

Combination of diegetic and non-diegtic elements

The combination of both diegetic & non-diegetic elements is pretty well immersed in the game. For instance, see the figure below, if you move past this person and don’t bother to explore and talk to the person you might miss a quest that can help improve your level. If you go towards the person, the game pushes you to understand that is a person we should be talking to (you can see the exclamation point, it’s hard to miss). When you get closer to him, the person moves forward to talk to you, or else if you move past him, it won’t matter. The exploration of the game is on par with many RPG and Adventure games and this is what makes Assassin’s creed so much fun. There are so many non-diegetic elements in the figure. It all helps the player to understand where you’re in your quest and how much progress you have to make. I think it helps a gameplayer to not get overwhelmed with the amount of information. At the same time, the game throws in an assassin that is actually after you and you have to hide from but if you make a noise if they’re near you, they will understand you’re hiding from them. This is what makes this game fun. It helps that you have to increase your level to a particular to fight an assassin like Talos (who is level 5) and you’re like level 4 (hide from him until you get to his level!)

Fig 2: New location discovered shows when you discover a new location. Also, an exclamation mark shows up when a concerned person in the game you need to talk to shows up otherwise they just mumble ‘hey’ if you bother them Fig 3: Break Duris’s pots or not. The game doesn’t force you to do anything and it gives you options

The above figure with the breaking pots of Duris in the game is a classic example of how Duris reacts when the player breaks pots in the game. Duris is holding a gold icon on his head showing that he is the concerned person you’re talking to. It is an example of the game creators understanding there are too many elements in the game and it would be better not to let the game player get confused with anything more than needed.

Buy this game. It’s another masterpiece by the creators of a fantastic adventure/action game. The game boasts of a great combination of diegetic and non-diegetic elements previously studied in other video games like Far Cry but now video games like Assassin’s Creed have created another level of improvement to boast about.