SEARCH
A minimum of 3 characters are required to be typed in the search bar in order to perform a search.
Console
5 MIN READ
Blogs 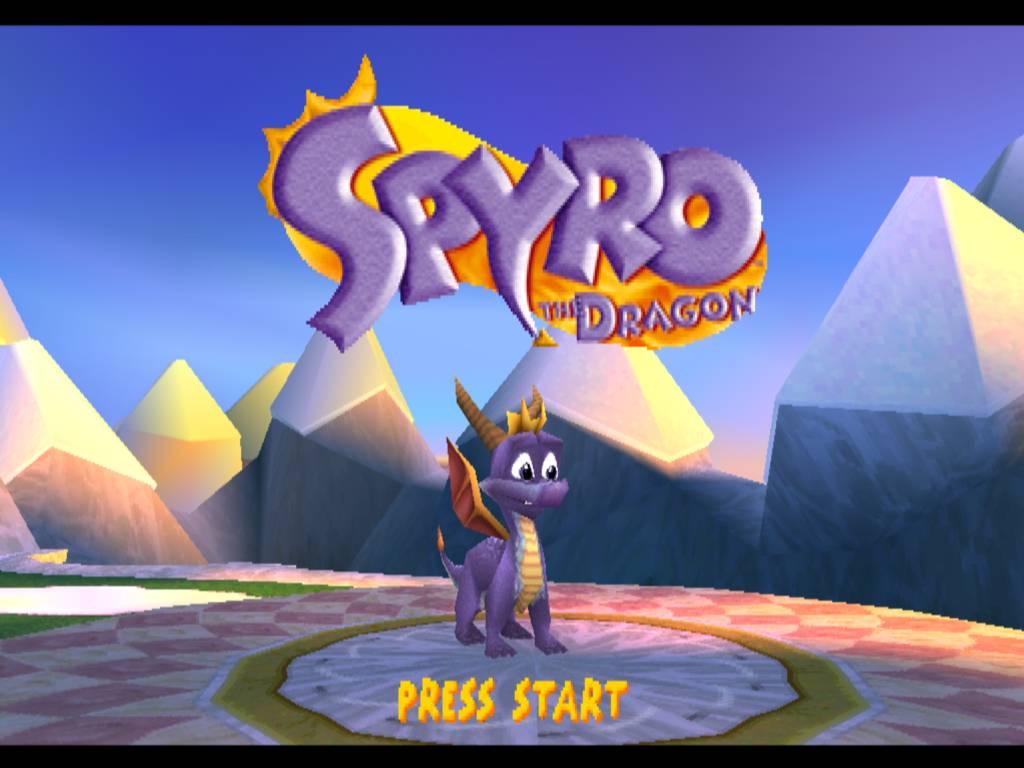 Spyro, this game was the first game I have played on The Playstation (PS1), Spyro is a young purple dragon and his dragonfly friends, Sparx, they travel across various worlds in order to rescue his fellow dragons, recover the stolen treasure, and defeat the evil Gnasty Gnorc. It is awesome when you allowed use Spyro’s two main attacks which he can breathe fire and charge with his horns like a goat or bull charging. Run with their horns he can run and charge with his horns at same time. Spyro is also able to glide whilst jumping to reach new areas, with some levels allowing him to fly freely in the air but sometimes it is not easy when you just tried glide then land on ground but keep missing and have to do it again. Spyro's health is 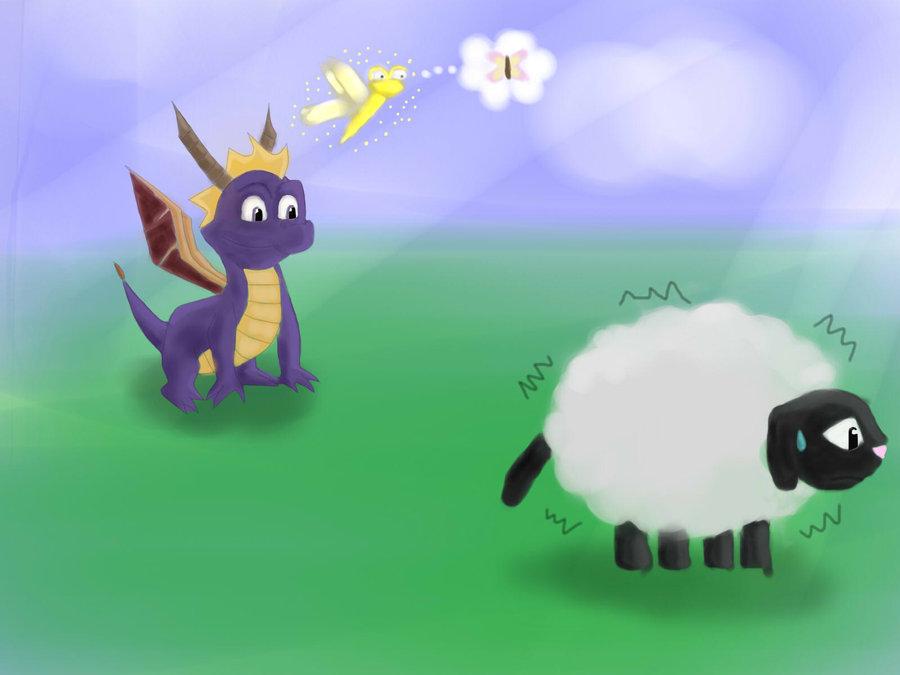 represented by the colour of his dragonfly partner, Sparx, who will help him pick up nearby treasure. Taking damage will cause Sparx to lose his colour and disappear, leaving Spyro vulne

rable, but it is pretty good idea when he can recover health by 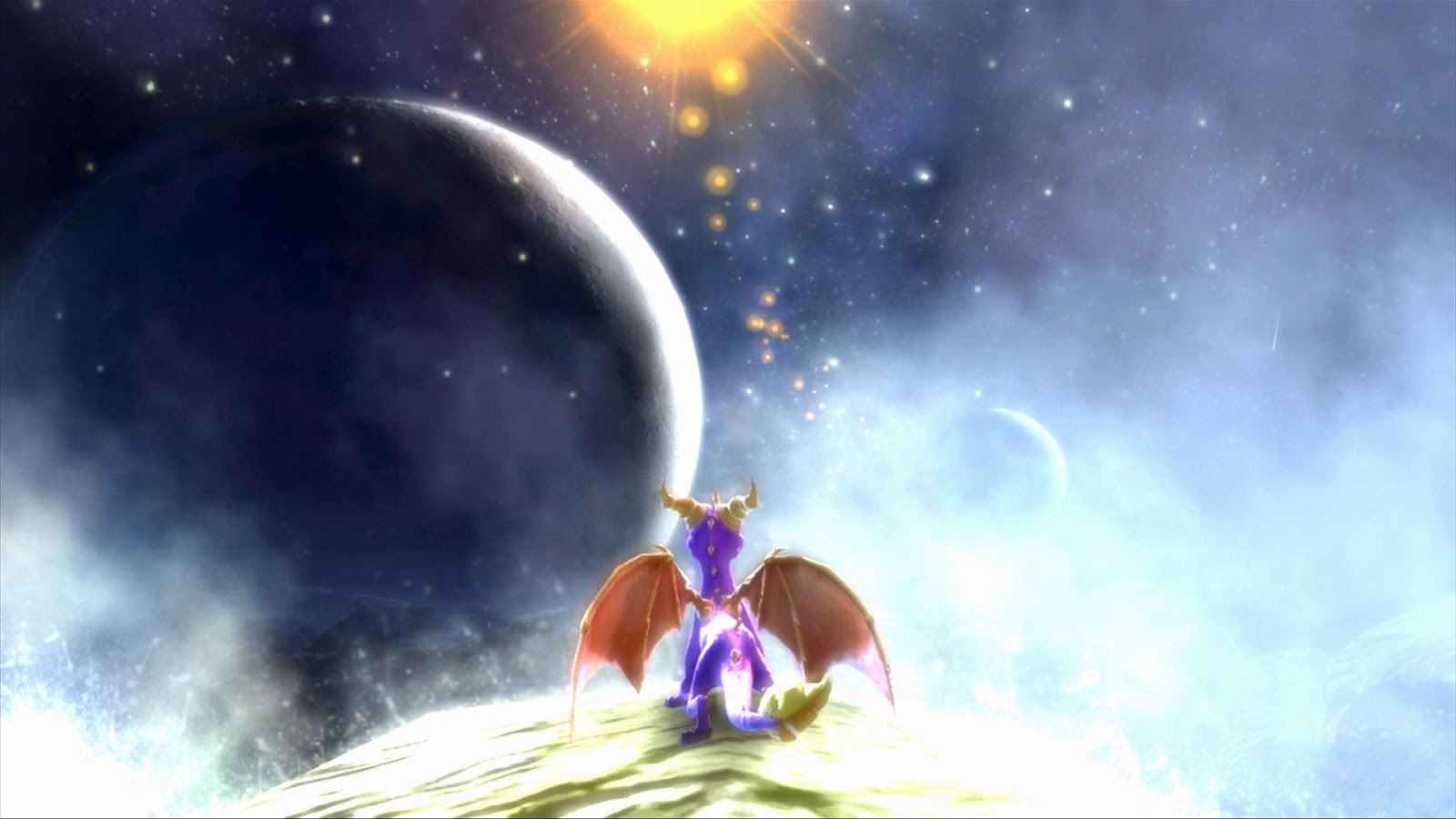 Spyro is my favourite games, new Spyro game is called Spyro: Enter the Dragonfly, this game is really good but Universal Interactive forced the developers to rush on developing the game in order to be available by Winter 2002, and therefore it suffers from an inconsistent framerate, long loading times, graphical glitches, sound issues and lock-ups. This game has additions, Spyro can learn how to breathe electricity, ice and bubbles, it is four elements now but bubbles cannot harm enemies or kill fodder, the only purpose of the bubble breath is to capture dragonflies in bubbles. Electricity is where 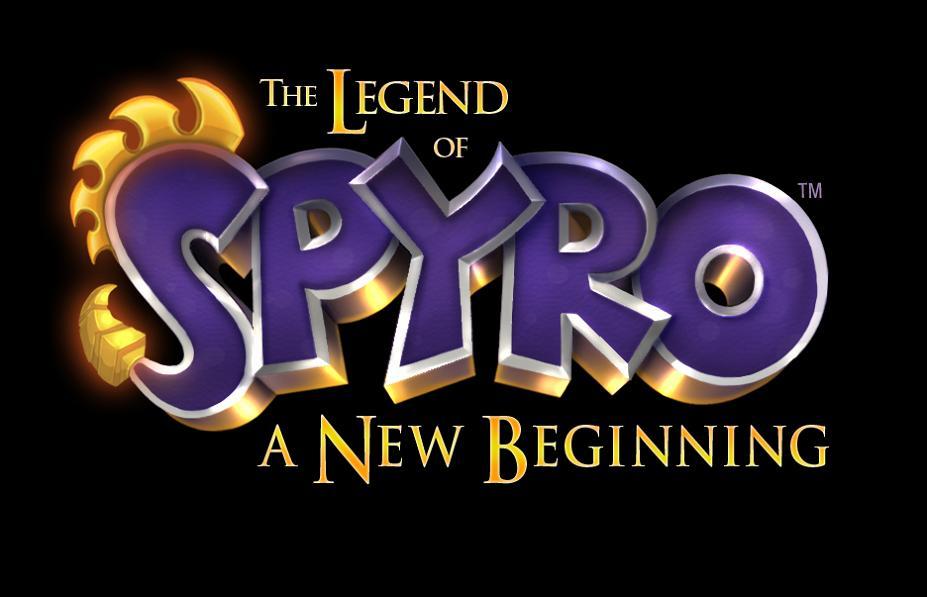 Spyro learns this first element in this game, it is useful because Spyro can use this electricity breath for to power machinery and open a locked gate that blocked the way to other levels but it is so awesome because it has got style elements and can shock enemies. Ice, is where you can use breath ice on enemies to turn them frozen so you can use charging with horns smash them like shattering. But some reviews say this game is not a very good game because the graphics haven’t been a big improvement, just a bit changing but they still use sheep all time and like its getting boring, should have changed animals like goats, horses or pig, it would be more interesting and like new in the game. But I think this game is 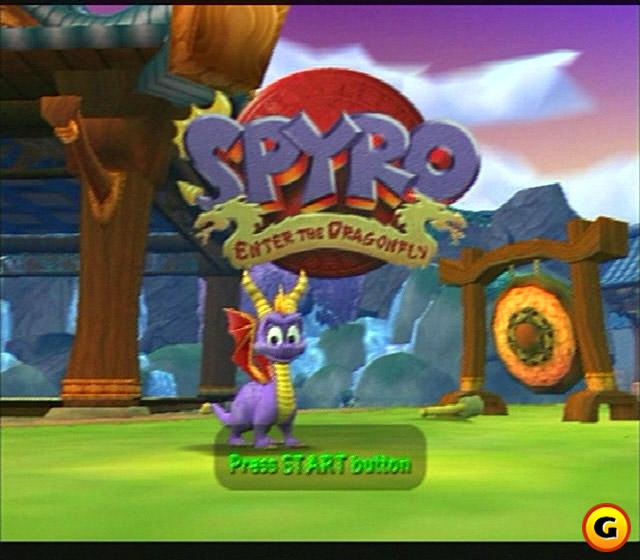 just fine because it’s got a good story and long adventures. A few years later I hadn’t played  Spyro games for almost three or four years so I saw the new Spyro game looks so good and really different because a reboot of the Spyro the Dragon series. This game has more action-based focus than previous Spyro. Spyro has a variety of combat moves as well as four different breath attacks: fire, electricity, ice and earth, which he can use as both long range and short range attacks. Spyro can also use furies, huge blasts of elemental energy. It is much better because he can use breath with a  small or long range like aim, furies are just so powerful they can kill 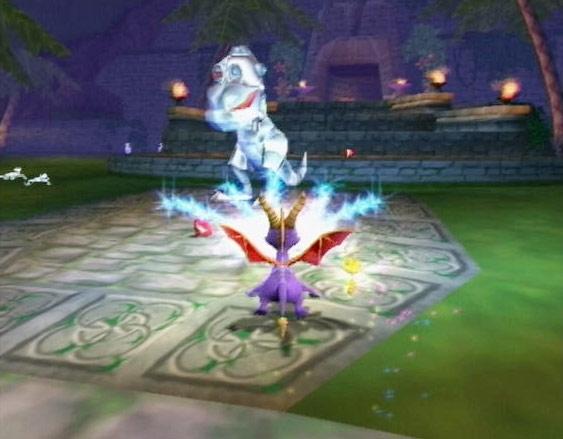 at least ten enemies when you can’t kill them at same time so just use furies on them. Spyro can use shield with his wings that protect him from enemies while hurting attacking enemies. This game is just a fantastic game because graphics are very excellent and almost realistically animated. The co-op feature allows players to have the option of completing the game as either Spyro or Cynder, giving them more freedom to explore Spyro’s world in completely new ways, a slight disappointment. Of course, when you don't have two human players, the second character is controlled by AI and is unfortunately not nearly as smart, regularly lagging behind, catching on objects and failing to do his/her part in battles. Thankfully, the tethering system will inevitably drag the AI character up to your level, which means that you will never have to circle back for them.There is two characters 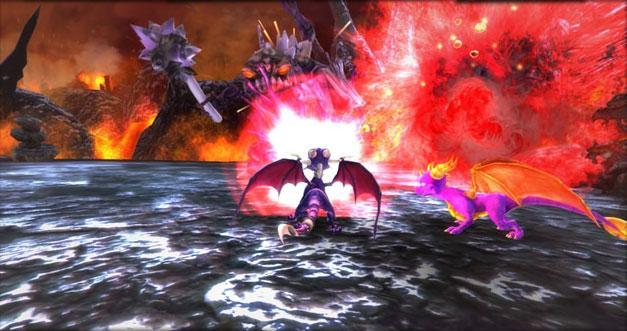 Spyro and Cynder as a team but you can click switch between Spyro and Cynder anytime, it is great because you can switch at anytime, there are different elements for Cynder’s power abilities, she controls poison, fear, wind and shadow. They also have another feature called melee combos. I’m so happy because this game just created new subtitles because finally I can understand the stories and what happens in this game, The Legend of Spyro: Dawn of the Dragon might be Spyro’s final game, so disappointed would love to see new Spyro games in future. 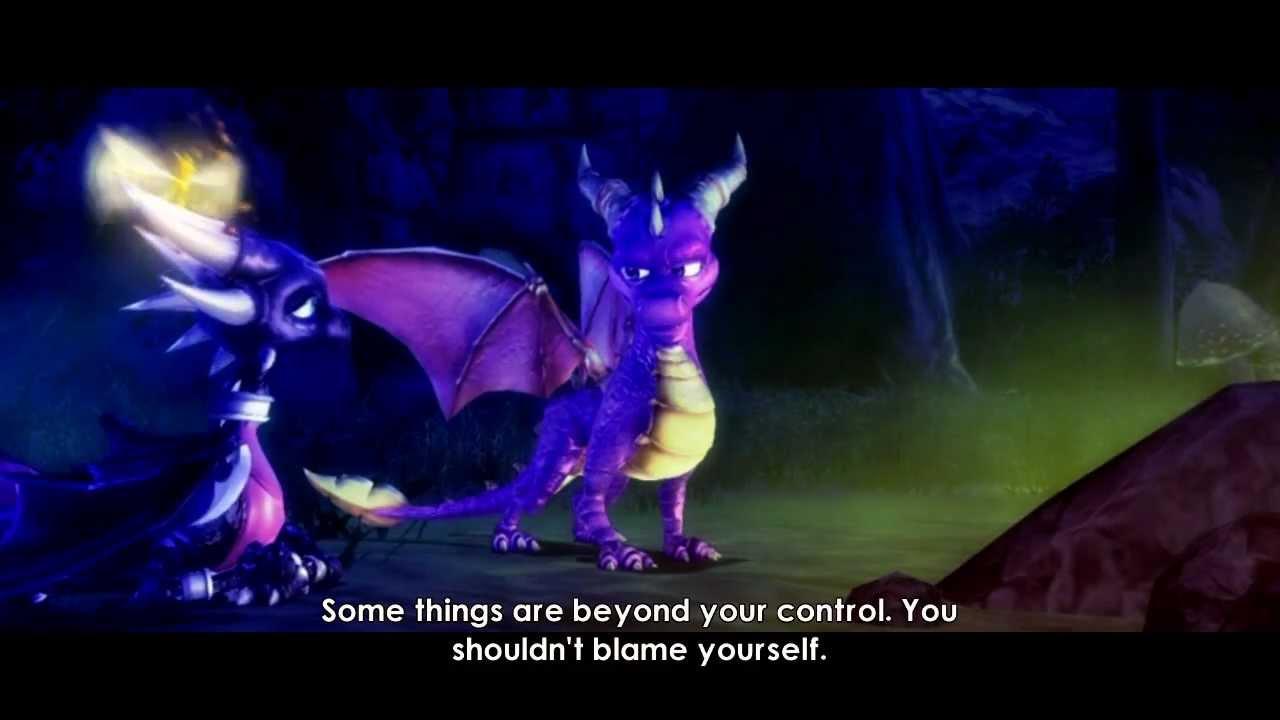 GameSpot gave the game an 8.3/10, describing it as having very good graphics for its time, and being one of the first well-received full-3D platformers for the original PlayStation and saying that the only problem was the camera not following the character correctly.

One of the main issues with the game is Frame Rate. Ben Kosmina of Nintendo World Report mentions that, "While running around the Dragon Realms if there's too many sheep or moving characters on screen, the game will skip frames excessively. It also happens while running or flying through levels where there are a lot of characters, and even sometimes when there aren't any characters in the area! This is just unacceptable." IGN shared this thought, and added, "The frame rate suffers often, chugging from around a maximum of 30 fps downward, depending on the area. Which is kind of strange, because these worlds aren't much bigger than those on the PlayStation versions of Spyro. There aren't many more enemies on screen, and the textures are still the same, simple flat shaded swaths of primary colours, just like the others. Oftentimes, entire areas pop in because of weird problems with load issues."