While it is worth noting that patents don’t necessarily mean that Sony will introduce a line of new controllers, the filings themselves offer developers a peek at the direction the company could take its over-2-million-sold console VR option in the future.

This is notable, of course, because the current motion control setup for PlayStation VR hinges on hardware originally released in 2010 for the PlayStation 3. Sony repurposed one controller of the original two-controller setup to be used and tracked for PlayStation VR games, but that arrangement doesn't give players access to an analog stick or directional pad.

The most recent of the two patents was filed by Sony Interactive Entertainment in Japan earlier this month and offers a look at a cylindrical, single-hand controller that lacks the current, motion-tracked Move’s distinctive glowing ball but features an analog stick and redesigned hand-strap.

VR Focus notes that a second patent filed earlier in 2017 could, however, offer a way for this new controller design to be tracked within PlayStation VR without the need for the glowing, colorful ball used to track the current Move Motion controller. 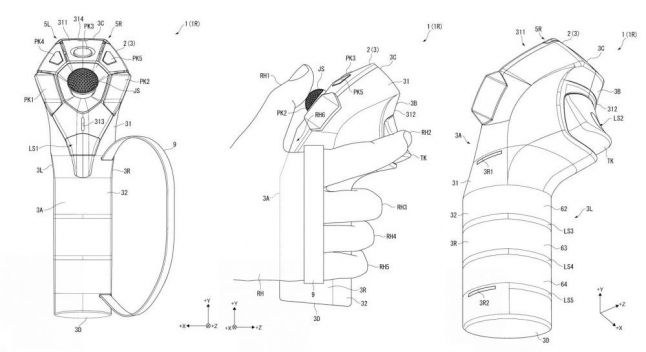