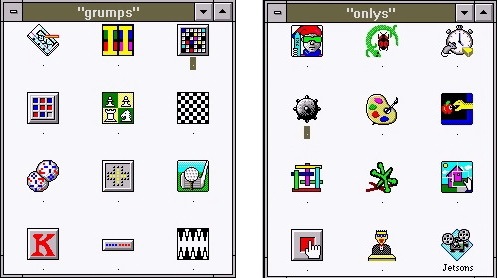 We all reminisce about the good old days and the great games from the days of Yore. Looking at the folder images above reminds me of so many of the games that kept me busy for hours. Hangman, Golf, SkiFree, Snake, Sticks, Jacks etc. Hence, I thought it would be a great idea to review some of the games that made me the gamer I am today. I’m planning on doing follow up posts on DOS games, Console Games, Win 95 and so on! If you have any thoughts or suggestions, leave me a comment below!

This is one of the first games that I ever played which had an interesting puzzle element to it. Chips Challenge requires the user to navigate the maze to find a number of ‘Chips’ and also to find a bunch of keys while skilfully navigating all the obstacles such as Fire, Water, Lasers etc. Games like these arguably paved the way for the Puzzle strategy kind of games, from Kingdom Rush to Portal. 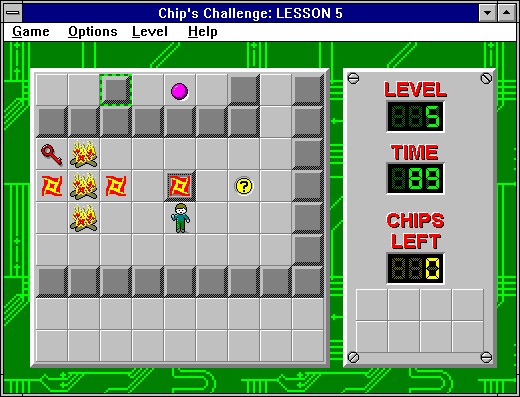 This is a very simple, but interesting game. As the rodent, you have to trap the Cats in a 1×1 cell (Tom & Jerry?). It becomes extremely challenging once you advance through the levels as you have to make sure you stay inside the blocks because if the cat catches the rodent, the level ends. Also, if you push too many of the bricks outside, then you may not have enough maneuverability to catch the cats and will have to restart the level. Simple, yet engaging. 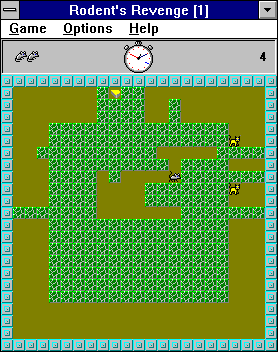 One of the first city building strategy games which I played. It requires us to build residential and commercial buildings, along with utilities and services. This kept me engaged for hours and hours and I have fond memories of playing this game along with my father. We would sit and design cities for hours at an end. And at the end, once you’re bored, you also have the option to wreak havoc by using natural disasters. All in all, this is one of the games that spawned an entire Genre of gaming and I was glad to have played the original game by Maxis. 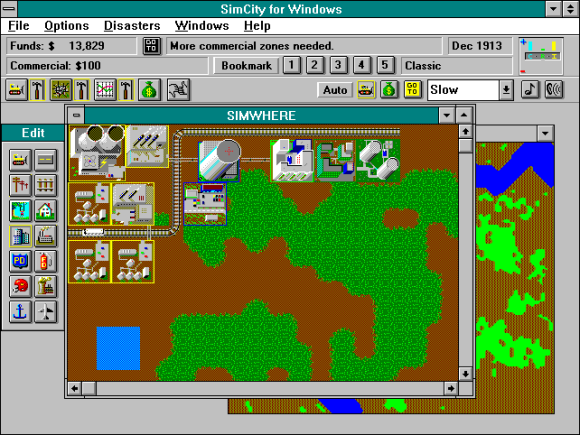 This game is so simple, yet so engaging. This game led to the creation of some of the most popular games ever, namely Pocket Tanks and Worms. This basic version is very straightforward, choose the angle and velocity and try and take the other cannon down before it shoots you. 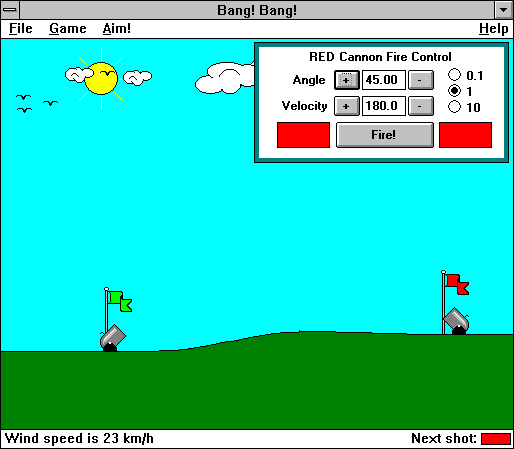 Yet another simple but extremely challenging game. The player is an Archer with limited number of arrows and can move up and down vertically on the screen. In level one, the balloons are moving vertically and you have to shoot all the balloons with the limited number of arrows. Its not as easy as it sounds, especially towards the end when you need to time the arrow to hit the last few balloons. And later on it becomes much more challenging, when you have to shoot free moving bubbles to get the butterflies to fly out. 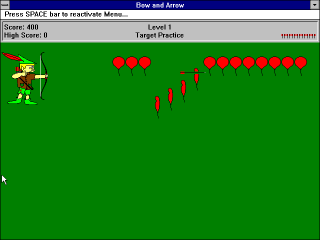 A very simple and fun game. Most of us have played some pipe game or the other in our life, this I believe is one of the very first. The aim of the game is simple, connect as many pipes as you can to achieve the desired score level before it overflows. It becomes pretty challenging at later levels when the liquid starts flowing quickly and screen space is limited with quirky pipe shapes coming up all the time. 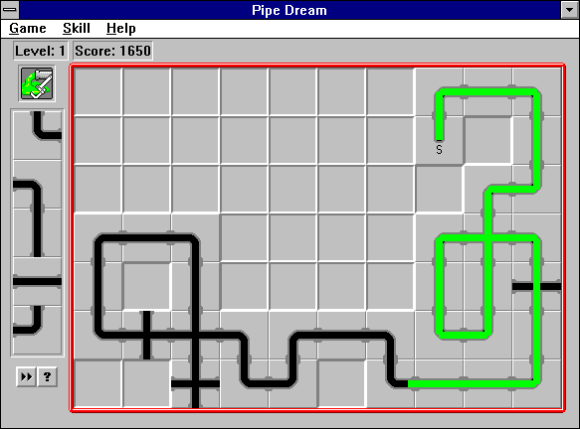 I came across this old favorite of mine while researching for this post and just had to mention it. This was one of THE most fun games ever. The aim is to trap the balls into different sections without touching them. And just to make it hard, the balls are randomly bouncing around in the level . As the levels increase, so does the speed of the balls as well as the number of balls. Its kind of fun to try and trap 8 balls that are whizzing by you. And lamenting when you get 3 in one square but don’t have enough space to split em up.

And I forgot to mention, you get points based on the LEAST amount of gray area left. So that means you keep trying to make the ball fit in a smaller space without touching it and losing lives! Game design at its very best. 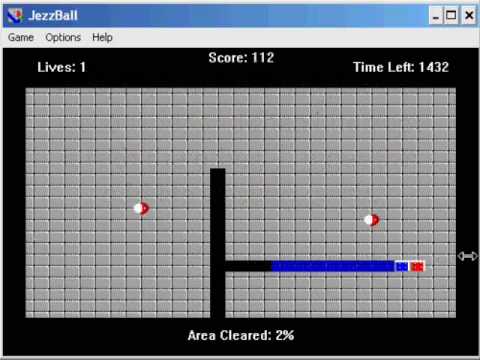 And last, but definitely not the least, I had to mention some sort of a card game. This is a version of Mahjong Solitaire and its as simple as playing Go Fish. However, its played with tiles and you cannot match a tile that has another one above it. What makes it super fun is that you can arrange the tiles in all sort of variations, shaped like a castle, a plus sign, a square etc. and while the hours away! 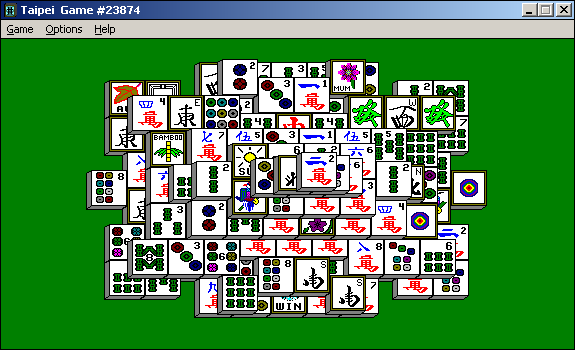 Hope you enjoyed this post and had fun reminiscing about the old games! To reiterate, I’m planning on doing follow up posts on DOS games, Console Games, Win 95 and so on! If you have any thoughts or suggestions, leave me a comment below!