Facebook has detailed some features it has in the works that aim to build "discovery and re-engagement" features into the Facebook Gaming tab that houses Instant Games.
Alissa McAloon
Editor-in-Chief
April 30, 2019

Facebook has detailed some features it has in the works that aim to build “discovery and re-engagement” features into the Facebook Gaming tab that now houses Instant Games.

The team has menu redesigns in the works that give players more ways to access social features, share games, and provide developer feedback without leaving the game. There are also a handful of Facebook Group-centric features built around forming Instant Games communities and things contextual, game-driven notifications on Facebook on the way as well.

All of this follows Facebook’s announcement from last month that Instant Games, a feature previously hosted in Facebook Messenger, would become a part of the social network’s main app and webpage as well as through the Facebook Games tab. 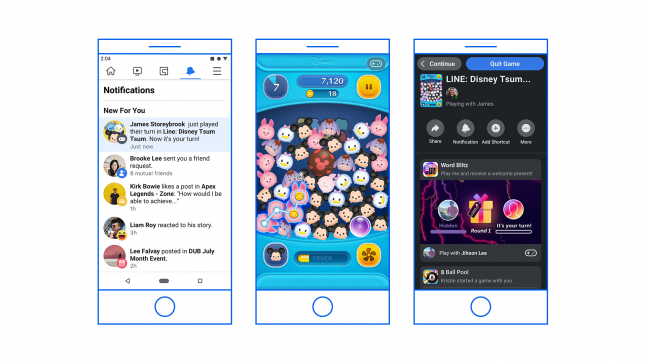