SEARCH
A minimum of 3 characters are required to be typed in the search bar in order to perform a search.
Console
7 min read
Featured Blog

Come Back, Sega! Release the Super-System!

In my daydream, Sega returns to their arcade roots with the "Phoenix Super-System."
DanielThomas MacInnes
Blogger
May 21, 2012 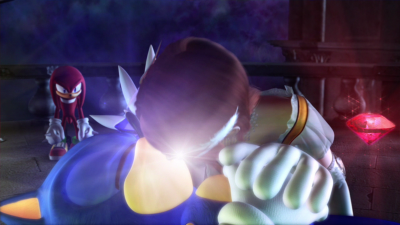 This photograph is exactly why Sega needs to come back.  It's Sonic the Hedgehog 2006, the most embarrassing video game ever made.  Yuck.  When computer programmers and designers decided they wanted to be movie directors, the quality of video games crashed and burned.  Arcade skills and social fun were swept aside, replaced by bad scripting, poor cut-scenes, and a rehashing of the worst movie cliches.  And the people are simply going away.

I can't believe we're still having this discussion in 2012.  Nintendo settled the argument, once and for all, in 2006 with the Wii Remote and the DS, and the return to classic social arcade games.  Unfortunately, Nintendo, like the rest of the industry, is run by prima donnas who are only interested in amusing themselves, not the public.  Yoshio Sakomoto wants to make Italian horror films.  Eiji Ounuma wants to make banal puzzles for the puppet theater.  Shigeru Miyamoto, well, he has the attention span of a hummingbird.  Ooh, a flower!  Now I'm bored.

The result of this is the sharp decline of the video game market.  If you grew up with an Atari, an NES, or a Sega Genesis, you're not welcome anymore.  Today's game industry is interested only in themselves and their egos, and how many ways they can nickel-and-dime their dwindling "hardcore" fans to death.  And so the rest of us take the hint...and walk away.

People love video games.  Most people, regardless of age or skill, love video games.  It was true in the days of Pong and Pac-Man, and it's just as true today.  Look at the success of the iPhone and games like Angry Birds, Fruit Ninja, Tiny Wings, Gridrunner, Forget-Me-Not, and so on.  Look at the Wii's spectacular success, thanks to Wii Sports and Wii Play, and later fueled by the return of 2D Super Mario.  The Wii system was sold out for over two years!  Nintendo was selling 800,000 hardware units a month!  People still love video games.

Anyway, I don't wish to be negative or complain.  But my point is that 1) the video game business has lost its way, and 2) there is still a great interest in these "TV games."  And that leaves the door wide open for Sega to return to their roots. 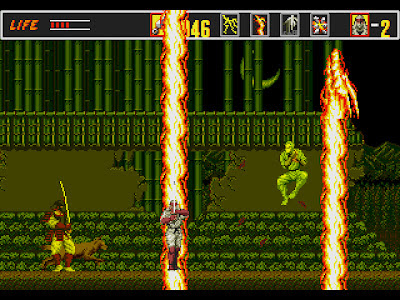 I've been playing a lot of Genesis games lately, because I'm working on a couple possible projects for iOS apps, like my old Herzog Zwei Strategy Guide and Video Game Classics.  I am aware that age and nostalgia fuels much of this - I also collect vinyl LPs and cassette tapes, and recently refurbished my 1977 Marantz stereo.  It's a part of life to cling to the connections to your past, to preserve your own history.  One day, you'll reach that age where all you talk about is "the good old days," as your memories stretch back to a world that has vanished.

That said, I do believe my love of Sega isn't simply nostalgia.  These video games are still fun, they're still entertaining, they still bring people together.  They still have value, not as "monetized" corporate scams or bad CGI movies, but as games.  And nobody could make great arcade-style games like Sega.  Bring back the Dreamcast, say a lot of gamers.  Heck, bring back the Saturn and the Genesis!

When Jack Tramiel took over Atari Corp, he repackaged and sold the Atari 2600 as a $50 "starter" system against the mighty NES.  The 2600 Jr. sold millions.  It never came close to Nintendo's dominance, but it did sell (it outsold the Sega Master System).  Even though technology was advancing rapidly, there was still a demand for those simple, retro video games.  Nobody cared if Yars' Revenge looked as good as Contra.  Gameplay Over Graphics - remember that mantra?  It's always been true, and it remains true today.  In the 21st Century, Graphics completely dominate, and Gameplay is virtually non-existent.  Gameplay only gets in the way of the movie scenes. 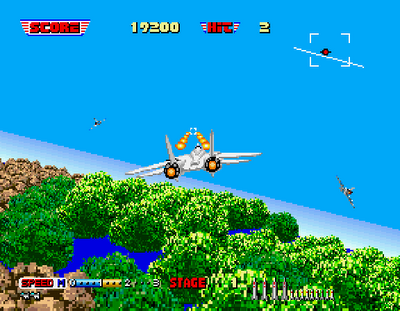 Sega needs to come back.  Which system should they bring back - Genesis, Saturn, or Dreamcast?  Ideally, all three.  They should create one system that plays all three.  Make it look like the Saturn, only smaller and sleeker, with a disc drive and cartridge slot.  With today's technology, any classic game console can be put onto a single microchip.  Add in the old Yamaha sound chips for the audio.  Pump in a ton of RAM. Enable S-Video, Component and HD output. Encourage developers to support the Super-System with classic and new titles.  Embrace the vibrant indie scene - did you know that Genesis and DC games are still being made?

If discs are too much trouble, then use game cards like Sony's PS Vita or the Turbografx.  I'd like to keep the disc drive and cartridge slot so you could play your existing games, but I'd be willing to sacrifice in order to save money.  In that case, I would lean hard on developers - I'm looking at you, EA - to release their classic Genesis, Saturn and Dreamcast games.  Yes, bring back Madden, NHL Hockey, NBA Action, FIFA, and PGA Tour Golf.  Heck, the games have already been made, so all you have to do is put them on the game card, and pay for the licenses.

I really like the "PS Vita" card idea, especially with those plastic cases.  Video games need cool cases, and who wouldn't be thrilled by the sight of John Madden Football '92, or NHLPA Hockey '93 on store shelves?  Imagine that you could play all the great Japanese Saturn titles, like Capcom's 4-meg fighters.  Three words: Panzer Dragoon Saga.  Three more words: Phantasy Star Online.

The beauty of a Genesis-Saturn-Dreamcast console is having a mammoth library of software titles instantly available.  The hard work has already been done, now all you need to do is print out the game cards and packaging.  This allows for a very low retail price - $20 or less - that is being completely ignored by today's game industry.  They charge $60 per title, then charge extra for online access or DLC, all in a desperate attempt just to break even.  As a business model, it's beyond absurd, and as the $50 million game becomes the $100 million game, this becomes a recipe for suicide. 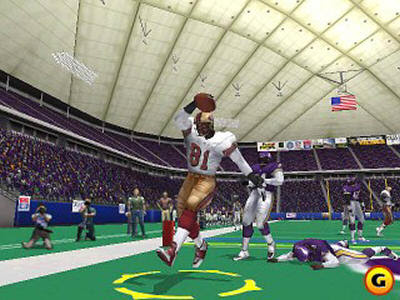 The door is wide open for disruption, as DS, Wii and iPhone demonstrate.  Sega has a unique opportunity to capitalize on this moment, and if they strike fast, they would have an immense success.  Every true gamer wants Sega to "come back," but what does that really mean?  Modern cinematic games like Sonic 2006?  Or does it mean the old-school Sega, the arcade Sega?  It's the Sega of Genesis, Saturn, and Dreamcast.  The fans are still there.  People still love video games.  They're only waiting for someone to deliver.

One final thing: we need a name.  Is "Sega Phoenix" a bit too obvious?  It does have a nice ring, and it does capture the idea of the system easily.  What do you think of my crazy idea?  Thanks for listening.

PS: I just remembered that we'll need to include the Sega CD, if only for Final Fight and Sonic CD.  Also, every video game system must have Dragon's Lair and Mad Dog McCree - that's pretty much a tradition by now.