The pitch for Stadia is that players will be able to access any game, including high-end triple-A games, on any device that has Chrome. Games would not be stored on local hardware, but rather are streamed from powerful, optimized datacenters.

“No console required,” said Google’s Phil Harrison, the industry vet who was instrumental in PlayStation’s success and who’s now at Google. He said that players will be able to get into a game in as little as five seconds “with no download, no patch, no update and no install.”

If Google is able to deliver on its streaming game promise, it stands to upend the current console-based model, as well as reduce the need for high-end PC hardware.

The on-stage demos were convincing – a player can almost instantly start a game (in this case Assassin’s Creed Odyssey) on a low-end Chromebook, continue a game from the same spot in-game on a mobile phone (with a controller), then pick the game up on a low-end PC, a TV, a tablet – anything that runs Chrome. 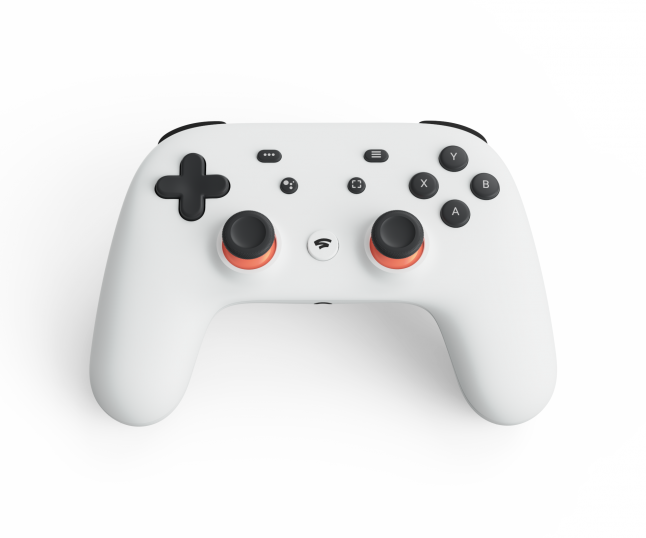 The promise is that there is also datacenter support to run games at up to 8K resolution and 60 frames per second. This means developers could make a game without restraints of console or PC hardware, said Harrison.

Harrison said that Stadia will work with existing controllers, but also unveiled a controller made for Stadia – a wifi-based device that connects directly to a game’s datacenter in order to reduce latency.

The controller also features a Google Assistant button, which players can press to ask for game tips, and instantly be shown a video tip without being taken out of the game.

Harrison also announced the founding of a first-party Stadia development studio, dubbed Stadia Games and Entertainment. Led by industry veteran Jade Raymond, the studio will focus on making games for Stadia, and helping external developers make games for the platform.

While Google's presentation covered a lot of ground, there was no word on pricing models or bandwidth requirements -- two significant omissions.

Harrison said that Stadia will launch this year in the U.S., UK, and most of Europe, with more details on launch games coming this summer.