Capcom says the demo for its upcoming remake of Resident Evil 2 was downloaded over 3 million times since it went live on January 11.
Alex Wawro
Blogger
January 22, 2019

Capcom says the demo for its upcoming remake of Resident Evil 2 was downloaded over 3 million times since it went live on January 11.

The demo itself has an interesting quirk. Dubbed the ‘1-Shot Demo’, the short slice of Resident Evil 2 gives players only 30 minutes to make their way through the enemies and puzzles in the games’ early level. Once that 30 minute run is over, players can’t start the demo again on that same account.

The downside to that limitation however is, inevitably, players quickly found ways around it that likely have inflated that 3 million download figure. Console players can make additional accounts to get a second (or third, or fourth) shot while PC players have found ways to trick the demo into allowing additional plays.

Another interesting read on the demo comes from data shared on Capcom's Resident Evil Net website. Of those 3 million downloads, roughly 2.5 million players opted to enable RE Net’s play data tracker and help gather more data on the demo’s completion. For instance, only about 26 percent of those 2.5 million players completed the demo within the time limit. 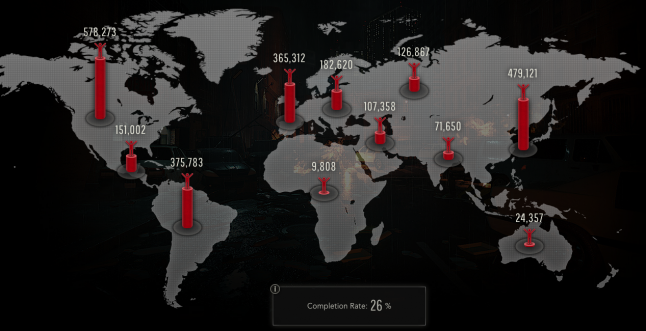