The company reported overall revenue at $233.2 million was up 4 percent. However, net income was clocked in at $10.2 million, down 44 percent from $18.1 million compared to the same time last year.

Reflecting Zynga's emphasis on investing its resources in multi-game, multi-year deals with Hollywood IP holders, the company announced a Harry Potter match-3 game is in the works under a deal with Warner Bros., and a Game of Thrones slots game alongside another unannounced title with HBO is lined up as well.

Out of Zynga's existing catalog of games, Words with Friends performed the best, with mobile revenue up 42 percent year-over-year, driven by increases in average moves per daily active users, advertising network optimizations, and continued adoption of user pay monetization. 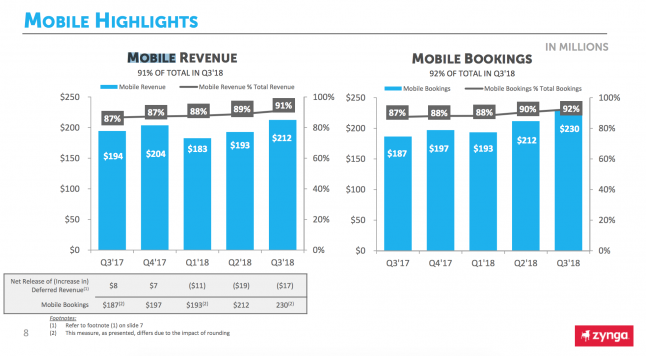