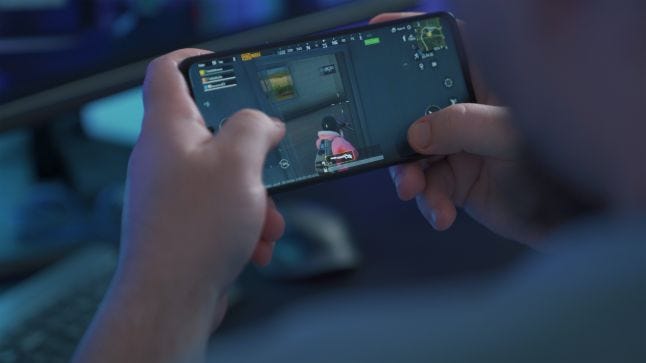 The era of easy access to player data is over — and with it, the standard mobile growth playbook. Apple’s revamped App Tracking Transparency (ATT) framework has reshaped the privacy paradigm and made reliable player acquisition less reliable. With advertising accuracy dwindling, user acquisition (UA) costs rising, and more mobile users opting out of tracking, mobile publishers that built their UA strategy on the back of user-level data are finding themselves increasingly in the dark.

The solution? Own more data outright. Instead of looking outside to find what they need, it’s time for publishers to leverage their game portfolios as a valuable source of cost-effective user acquisition using cross-promotion strategies

And this approach is beginning to gain momentum in the industry. In the first two quarters of 2021, there were just under 500 game-company deals, and many of these deals were large game publishers buying fast-growing, smaller companies in order to expand their portfolio of titles. This rate is four times what it was over the same span last year. Clearly, there’s a land grab underway in mobile gaming: Industry leaders know how vital being able to cross-promote within their portfolios is to their future.

If you're looking to adapt your UA strategy to suit these changing times, read on.

Similar to what Disney has done so masterfully with Marvel, this strategy allows a publisher to leverage winning IP across multiple types of games. It also can help cut down on UA costs, with more affordable categories like casual and hypercasual games serving as cost-effective portfolio entry points.

Zynga’s CEO Frank Gibeau told the Hollywood Reporter that hypercasual players tend to play games outside their favorite genre. Once users buy in, marketers can convert them to better monetizing IAP-oriented games when the time is right.

This strategy is at the heart of Rovio’s recent acquisition of Ruby Games. According to Rovio’s CEO, the move was an “important step forward in our growth strategy. By entering the rapidly growing hypercasual market we are enriching our audience base, and offering our players a more diverse portfolio of titles.”

To continue with the Disney/Marvel comparison, one of the key insights that has driven the success of that franchise was the potential value of underutilized intellectual property (IP). Disney recognized that the world Marvel had created was far from fully explored, so they decided to snap up the property and flesh out that potential.

A similar strategy can work well in mobile gaming. Because the industry is geared to seek the next big hit, publishers can sometimes abandon IP long before its appeal has been exhausted. This trend has created an opportunity for savvy publishers to pick up valuable IP that could yield many more good years if given a little love. Savvy publishers like PopReach have built their entire business around this strategy, buying up titles like “Kitchen Scramble,” “Gardens of Time,” and “Kingdoms of Camelot” and tinkering with them until they hum again.

As Jon Walsh, one of PopReach’s founders, explains, “[We] observed many occasions where successful live games were under-optimized, leaving significant revenue on the table by not delivering the right experience for players. We knew we could fix these things and build a thriving business in the process.”

But this tactic is built on top of a working organic UA strategy, as injecting promising IP into a broken system will likely lead to disappointment. But if you have, for example, a strong cross-promotion engine already running, that IP can catalyze significant growth.

Get serious about IDFV cross-promotion

The demise of IDFA has left publishers in a lurch. Most iOS mobile ad targeting was built around the user data the identifier tied together, so marketers are now looking to operationalize the next best thing: Identifier for Vendors (IDFV). IDFV provides the type of user-level data that IDFA did — only restricted to the publisher’s portfolio.

This is a big reason why hypercasual publishers are becoming a hot acquisition. The category generates high user volumes at low cost, making them an excellent source of the best data available on iOS audiences. Once all these users are under one roof, publishers can keep them flowing from title to title in their ecosystem, whereby lower-value games can feed players to higher-value games.

ATT may have taken a swing at third-party data, but you still have access to a wealth of information about your users through IDFV. If you’re not leveraging that data to cross-promote your titles, you’re neglecting an essential UA tactic.

One possible endgame for the portfolio-driven approach to UA is publisher Metaverses. More consumers expect nested/interconnected experiences out of their entertainment, and that expectation extends to games.

With well over 40 M daily users, Roblox is setting the standard for digital world-building. By providing its users with the ability to create and participate in an infinite variety of gaming experiences — along with a robust virtual economy — players have reason to invest in the Roblox universe. While not directly transferable, Roblox’s strategy demonstrates the power of real-time connectivity and engagement between people powered by creativity.

Similarly, mobile publishers that not only build out an impressive portfolio of titles but connect those “walled gardens” with interoperable economies and transferable currency apply an enormous multiplier to their network. Each game directly enhances the user's experience with another game. This compounds the value of playing time for the user — and the value of that game for the publisher.

One tangible step that publishers can take in this direction is the implementation of cross-game promotion powered by loyalty programs. These programs allow users to accumulate points in one game that can be redeemed in another — or all — titles in a publisher’s portfolio. Blizzard, for example, has relied on a similar strategy for years, allowing users to unlock unique items in one game for their gameplay or purchases made in another.

Mobile gaming is entering an age of empires, so publishers need to adopt a conqueror’s mindset. They need to consider buying up quality IP, diversifying their portfolios, cross-promoting their titles, and creating interoperable economics. While all these strategies won’t work for every publisher, the mindset of the approach is what’s essential.

The publishers that adopt this approach won’t just survive this turbulent era: They’ll be well-positioned for long-term, sustainable growth.