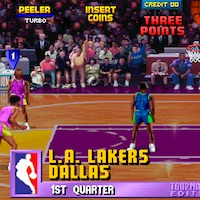 And greetings from a sweltering - and rapidly cooling, at least close to the coast, phew - Northern California, where I'm just finishing up the final touches on this week's set of links. Good to see a good diversity of analysis, historical, videos, written articles, AAA, indie, and everything in between - even a bit of eSports in here, as I often try to do!

Reminder: if there are sources you think I should be grabbing things from more often - especially analysis-heavy YouTubers and regular longform article writers - please go ahead and ping at vgdeepcuts at simoncarless dot com! I'll add it to my regular list of sources...

Fine-tuning the AI in Rupeck's proc-gen platformer Caveblazers (Jack Yarwood / Gamasutra)
"Will Lewis of Rupeck Games knew he had to do something different to stand out. Intelligent combat AI and the addition of friendly NPCs presented the solution. The way that NPCs behave in Caveblazers truly sets it apart. You’ll make allies who will fight alongside you."

toco toco Season Finale: Tetsuya Mizuguchi, Game Creator (toco toco TV / YouTube)
"Our last episode of the season features Tetsuya Mizuguchi, game creator and founder of the Enhance Games studio. Mizuguchi is the creator behind the iconic Rez, recently remastered as Rez Infinite, he also created Lumines, Child of Eden or Space Channel 5, which are all gaming experiences strongly influenced by music. [SIMON'S NOTE: not sure what toco toco is doing next - or how they were funded to do these supercool mini-docs - but they are ALL excellent.]"

Metro Exodus and the developer that won’t stop fighting (Philip Kollar / Polygon)
"On the early morning of May 22, 2017, Ubisoft released its first teaser trailer for Far Cry 5, an open world game set in a fictionalized version of Montana. Halfway around the world, in an office in Malta, a tired Ukrainian man watched the video as he neared the end of his work day. As it played out, he got increasingly angry."

The Story of Second Life's Long-Abandoned Duran Duran Universe (Benjamin Cook / Kotaku UK)
"The stories of Second Life and Duran Duran mirror each other in a strange kind of way. At their height, both enjoyed immense popularity, and both have slowly slipped out of the spotlight in recent times. [SIMON'S NOTE: this is deeply dystopic stuff in an oddly fun way.]"

Darkest Dungeon: A Design Postmortem (Tyler Sigman / GDC / YouTube)
"In this 2016 GDC postmortem, Red Hook Studios' Tyler Sigman covers what went right from a design perspective and what didn't during the development of Darkest Dungeon."

The Cyberspace we Forgot | Neuromancer (Mark Hill / Heterotopias)
"The fingerprints of Neuromancer, William Gibson’s seminal 1984 novel, can be seen all over contemporary pop culture. It popularised the terms “cyberspace” and “matrix,” and became a cornerstone of cyberpunk culture, influencing work ranging from The Matrix to Deus Ex."

Designing each of the 50 weapons in Dead Cells to feel distinctive (Joel Couture / Gamasutra)
"Dead Cells is a sidescrolling rogue-lite action platformer filled with generated twisting corridors, clever foes, and an array of weapons for players to uncover in the game’s stages. Fifty weapons, to be exact, and each of them offers a change in how the player approaches foes and combat."

Gaming For All: How The Industry Is Striving To Accommodate Disabled Gamers (Javy Gwaltney / Game Informer)
"“I like proving people wrong,” says Michael Begum, one of the best Street Fighter players in the world, unable to help flashing a cocky grin. I can’t blame him. Begum, a.k.a. BrolyLegs, has more than earned it, making a name for himself and rising to the top as the number-one ranked Chun-Li player in Ultra Street Fighter IV. If that wasn’t impressive enough, Begum achieved that ranking by only playing the game with his mouth."

The making of Final Fantasy 12 (Jeremy Parish / Polygon)
"Final Fantasy 12, the 2006 PlayStation release whose overhauled high-definition remake The Zodiac Age launches July 11, may well have been the most tortuous release of all. Arriving years late and abandoning numerous established series traditions in favor of a radically overhauled play style, FF12 immediately inspired ardent enthusiasm and passionate hatred among the series' faithful, with seemingly little room in between."

Inside dev Dino Patti reveals more about new game Somerville and why he left Playdead (Robert Purchese / Eurogamer)
"Last week Dino Patti, co-founder and former CEO of celebrated Limbo and Inside developer Playdead, revealed he was working at a new studio on a new game called Somerville. Before then Patti had maintained almost complete silence since his sudden and largely unexplained departure from Playdead last summer. He sold his shares to former business partner Arnt Jensen and diplomatically walked away [SIMON'S NOTE: very brief interview, but just drawing your attention to this game, which should be VERY interesting.]"

Boomshakalaka: An Oral History Of NBA Jam (Alex Abnos & Dan Greene / Sports Illustrated)
"NBA Fans of a certain age speak of the 1990s in reverent tones, nostalgic for a bygone era in which physical play ruled and larger-than-life stars made jaws drop. And nowhere was that style more apparent than on the virtual courts of NBA Jam, an over-the-top video game in which the league’s actual stars—minus one contractually excluded Chicagoan—bullied and somersault-slammed their way through a cartoonish brand of two-on-two ball."

Why Some Men Don’t Work: Video Games Have Gotten Really Good (Quoctrung Bui / New York Times)
"If innovations in housework helped free women to enter the labor force in the 1960s and 1970s, could innovations in leisure — like League of Legends — be taking men out of the labor force today?" [SIMON'S NOTE: the research isn't 100% clear, due to correlation/causation uncertainty, but we shouldn't try to obnoxiously combat analysis like this by shaming the researchers or deflecting, ESA/Video Game Voters Network, jeez. Nobody says people who play games are terrible people - and in fact the research says that particular demographic is happier!]

Tim Schafer on the making of Full Throttle (Andy Kelly / PC Gamer)
"In 1995 LucasArts released Full Throttle, a point-and-click adventure with a difference. You weren’t playing as a lovable goofball like Bernard Bernoulli from Day of the Tentacle or Monkey Island’s Guybrush Threepwood, you were a tough, gruff biker called Ben who used his fists and feet as much as his brain."

How 'League of Legends' can shape the future of esports (Jessica Conditt / Engadget)
"League of Legends is a driving force of the esports industry. With more than 100 million players around the world and tournaments that regularly sell out stadiums including the Staples Center and Madison Square Garden, League represents the epitome of mainstream professional gaming. League sets the esports standard."

Superposition: The Genre of Life is Strange (Innuendo Studios / YouTube)
"Maybe you knew this already, but Life is Strange is a weird-ass video game, one that is, by turns, a nakedly honest point-and-clicker about teen girls and a psychosexual freakout on the nature of choice. It doesn’t exactly marry these two themes painlessly and I’m, frankly, unconvinced it’s trying to."

Composer and director of Rakuen on crafting an evocative soundtrack (Joel Couture / Gamasutra)
"“I think if someone were to listen to the soundtrack without playing the game, it would be clear that Rakuen is kind of an emotional roller coaster.” says Laura Shigihara, composer and director of Rakuen. Shigihara explained to Gamasutra how she tried to make her compositions enhance gameplay moments, and the players' connection with her characters."

Blue Sky Thinking: Why Everybody Still Loves Sega (Keith Stuart / Glixel)
"Most gamers of a certain age have an image in their heads of what Sega embodies. It may be a red Ferrari Testarossa cruising along a bitmap highway; it may be mohawked punks strutting through neon-soaked backstreets; it may be the words "Welcome to the Fantasy Zone" echoing out as a red-jacketed dude blasts over a surreal landscape."

The 2017 Indie Games Summit Failure Workshop (Various / GDC / YouTube)
"In this 2017 workshop, three game developers, Adriaan de Jongh, Michael Molinari and Tim Rogers candidly discuss recent failures in their careers, what went wrong, and what could have gone differently, to help viewers learn from their lesson and take a different path.  [SIMON'S NOTE: one of the smartest talks from GDC this year, I hope, just because it's people talking about how things didn't work out, as opposed to only about success.]"

How A Designer Accidentally Opened Every Door In The Witcher 3 (Jason Schreier / Kotaku)
"Video games like The Witcher 3 are enormous, complicated pieces of machinery with thousands upon thousands of moving parts. Make one mistake and you can break everything—or, as one developer discovered, you can accidentally unlock every door in the game."

Ghosts of Neoliberalism | The Signal From Tölva (Lewis Gordon / Heterotopias)
"The landscape of Britain is full of ghosts. They don’t take the form of spectral shimmers or occult presences. Rather, they’re manifested in the feel or mood of places, which emanate a particular sensation of eeriness, an ache of loss."