Blasphemous just tripled its Kickstarter goal. Since it's so successful, let's look at what the Kickstarter trailer got right — and 5 takeaways devs can glean for making their own crowdfunding trailer.
M. Joshua Cauller
Blogger
June 07, 2017

Blasphemous just launched [on Kickstarter] not even two weeks ago and it’s already tripled its goal. So it is definitely successful. And even though the trailer might be off-putting to some (okay actually, most) — I still think it’s damn-near perfect. Now, bear with me. You might not dig this trailer and that’s totally alright — there’s some absolutely key takeaways in here for game marketing. So, hang in there.

Let's check it out.

Rally your tribe around what makes you you. Don’t be afraid if that puts anybody off.

Blasphemous knows exactly who it’s after: the kind of folks who see black-metal twisted imagery and go, “Hell, yeah!” Maybe they like Dark Souls, but would like more gore. Gory and twisted things don’t work for everybody, but for those that it does work for, it says to them, “Hey, this this game is just for us!” That’s the thing that makes them click “back this project.”

The action in your Kickstarter game is by-definition not complete. But when we see it in motion, we can have grace for it if the audio-visual feedback isn’t quite there yet. As long as it looks cool and there’s some solid tension in there, we’re with you.

Sharp editing — where each player action is linked in separate scenes — that doesn’t hurt, either.

Notice this song, how there’s this juxtaposition of two kinds of metal at once: the slow droning of Doom and the incessant Black Metal march. There’s even moments where this ultra-gloomy jam gets straight-up triumphant! Nobody else has this kind of music in their game. You can tell the composer created something new and unusual just to match the vibe.

If you can afford an original composer? At the very least, people are going to buy your soundtrack!

5. Land on your theme’s PUNCH

Whatever your game is really about? Be that twisted bloodshed, or rainbow-laden-peacemaking. Stick hard to that tension. And make it the most-important thing that we see the last thing. 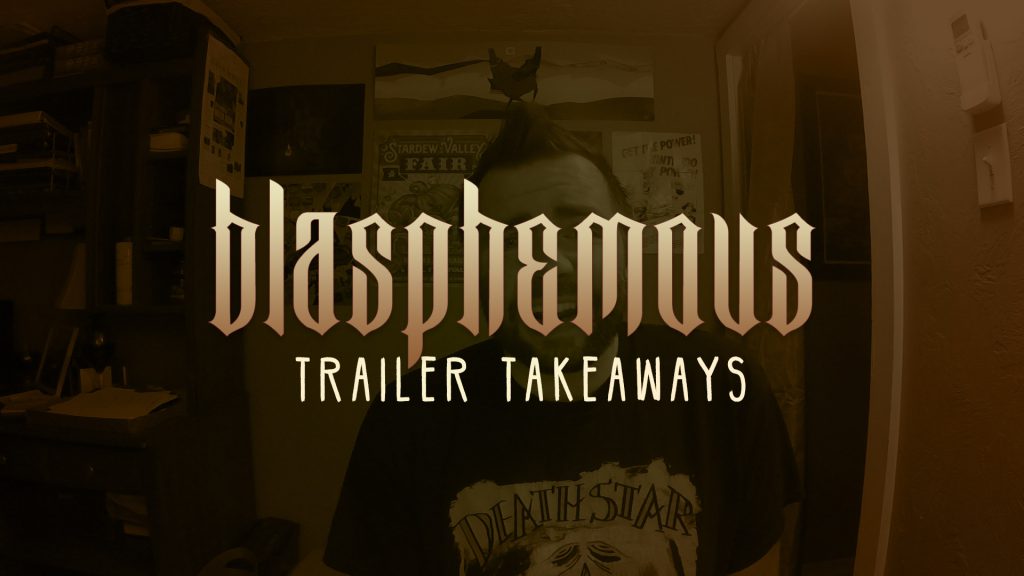 Once again, those Kickstarter trailer takeaways are:

This was originally posted on the author's blog. You can find M. Joshua's trailer production work at mjoshua.com, where he's available for production and consultation.