UK vs. Canada: Do Tax Breaks Build An Industry?

When newspaper editor Horace Greeley suggested back in 1865 that people looking for work "Go West, young man," he surely didn't have the games industry in mind. But that is exactly what some UK developers are considering, given the state of the games industry in their country. Picking up stakes and moving to Canada and the U.S., some say, is starting to look better and better.

That's partly because of the UK budget passed in May with no tax breaks for game developers, disappointing the region's industry which had been hopeful the breaks would be forthcoming. Canada, on the other hand, has become increasingly attractive, as its regional governments have extended tax incentives to developers.

Four months later, Richard Wilson, CEO of UK video game trade organization TIGA, reports that "every development studio I speak to in the UK tells me stories of how some of their senior personnel have gone overseas."

"I estimate we've lost several hundred jobs already, mainly to Canada, because several of their provinces offer very generous levels of support and they are interested in bringing over UK game developers," he says.

He describes the situation as a serious blow to the UK games industry and says losing the tax breaks came at just the wrong time.

"We are competing with the rest of the world on an uneven playing field," says Wilson. "In 2006, the UK games industry was the third largest in the world in terms of revenue generation; we have since fallen to fifth place." 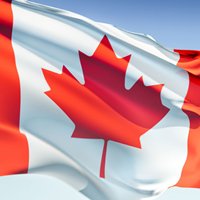 Meanwhile, in Canada, Danielle Parr, executive director of the Entertainment Software Association (ESA) of Canada, says her government recognizes that the video games industry has become one of the fastest-growing entertainment sectors in the world.

"Our jobs openings attract highly skilled people whose salaries average $68,000, which is pretty good, especially in today's economy," she says. "And our government is keenly aware that the world economy is changing -- that its future is in intellectual property -- and it understands that there is a huge potential for our country's economy in industries like video games."

As a result, Quebec offers tax credits of up to 37.5 percent on labor expenditures, and Ontario offers up to 40 percent.

"These are non-refundable tax credits, so you get them whether you make money or not," explains Parr. "They aren't refunds on your taxes; you get them as long as you spend the money. So, the way they are designed works very well for industry." She claims the tax breaks have been influential in making Canada the third largest global producer of video games.

Back in the UK, Jason Kingsley believes the situation isn't as dire as some describe.

Kingsley is CEO and creative director of Rebellion, the 19-year-old Oxford-based studio reported to be Europe's largest independent developer. He is also TIGA's chair.

And while Rebellion hasn't been negatively affected by current events, Kingsley admits he's observed "the pain in several smaller UK developers who are setting up offshoots in Canada and slowly draining the life out of their domestic business through a slow transition, rather than suddenly pulling up stakes and moving across the Atlantic."

Kingsley wouldn't name names but, he said, the handful of developers who are relying on this strategy are doing most of their recruiting in their Canadian studios.

"When people leave the UK, management doesn't bother to fill those particular spots. As a result, developers are slowly moving their center of gravity over to Canada without anybody noticing.

"All of a sudden, the company's CEO starts spending more and more time in Canada. It's just a gentle way of moving without packing up in the darkness of night and heading west."

At Rebellion, Kingsley reports that his company isn't feeling the pinch and "is chugging along quite nicely, mainly because it is reacting to the uncertain times by adopting more of an outsourcing model." While Rebellion maintains large internal teams, it is building up its relationships with outsourcers "in order to switch production on or off as needed without having to add to or trim our staff."

Rebellion made some staff cuts earlier this year, in fact, and closed its Derby satellite studio.

Rebellion hasn't been actively recruiting recently -- given its increasing reliance on outsourcing -- but Kingsley expects that will change in the next few months and anticipates that finding skilled people will be easier than previously "given the fact that big companies have been going bust lately and there are quite a lot of people on the market at the moment looking for good jobs."

Kingsley admits that he had been optimistic about the tax breaks and his company "would have enjoyed them immensely, since it would have meant increasing our margin, boosting our competitiveness, and probably enable us to negotiate better deals with our big clients."

The tax breaks would also have enabled Kingsley to invest in additional original titles and "taken a few more risks -- creative risks and production risk."

"The way things have turned out has been personally disappointing," he admits, "because, as chair of TIGA, you could argue that it was I who kicked off the whole concept of tax breaks, because I knew a little bit about the film industry and I said, 'Hey, why don't we get some of those?' But who knows? Maybe we'll still get the tax breaks in a few years. In the meantime, there's no point moaning and groaning about it. What we have to do now is get on with running our ruddy businesses and make them successful as best we can."

But TIGA's Wilson believes the situation is far worse than the picture Kingsley paints.

"The market is very much slanted against the UK," he contends. "In addition to Canada, there are about a dozen states in the U.S. that have tax breaks against production, for instance. And even the Russian government just announced an $18-million investment in video games and high-tech media industries.

"Here, we just don't have anything along those lines which, over the last 18 months, has caused us to lose both jobs and investments as overseas publishers have chosen to invest in other jurisdictions with more generous tax relief.

"For example, from July 2008 through July 2009, 15 percent of UK games businesses shut down. And from July 2008 to March 2010, about 7 percent of the UK games industry lost their jobs. So these tax breaks are very, very important. And unless we get them, we're not going to be able to compete in any effective way against our overseas rivals."

Indeed, just two weeks ago, it was announced that Realtime Worlds, the largest independent studio in Scotland with over 200 employees, had entered administration. In a prepared statement, TIGA immediately called for the implementation of an action plan to strengthen the Scottish games sector.

According to Wilson, "if the Scottish video games industry in particular and the UK games sector in general are to come through the current crisis, we must take decisive action." He listed five action items, including the introduction of games tax relief at the earliest opportunity, retaining and enhancing research and development tax credits, and establishing business incubators to help the formation of a new wave of game companies.

"Small, start-up games businesses should receive business mentoring and advice on how to create and retain IP and how to develop relatively sustainable business models," he said.

In addition, he added, games clusters which can encourage knowledge transfer and business efficiencies should be consciously supported. And higher education must be adequately funded in order to ensure that the games industry has access to a well-qualified and skilled workforce.

In Canada, the ESA of Canada's Parr confirms that her country is, indeed, taking some of the actions that Wilson proposes.

"We have very exceptional government support of post-secondary education at various institutions, universities, and colleges in computer engineering, game design, animation, a whole variety of disciplines that are important to the industry," she says.

"And there are other policies -- having to do with labor mobility, for instance -- that work to the advantage of the games industry here in Canada. That makes it easier to bring in foreign talent to, as an example, be the project lead on something. Combine that with the multicultural nature of our country, as well as the linguistic duality, and you see why Canada has become good at making games for a global audience."

But Parr strongly denies "that Canada is using its tax credits to steal jobs and investments from other countries. You can have a jurisdiction that has really good tax credits," she explains. "But without the other pieces of the puzzle -- without the talent and the other conditions that make it a good place to do business -- you're not going to be able to attract investors. It is not a simple 'tax credits equal video games' situation."

Meanwhile, Rebellion's Kingsley sees opportunities for indie developers emerging from the current difficult situation. Because many AAA games have become so expensive to produce, there is renewed interest in less-expensive games that are the bailiwick of the small developer.

"That's where much of the competition is these days," he says. "I know how difficult it is to hear about studios like Realtime Worlds going bust. You think, 'Crikey, poor bastards.' But, in some ways, the upside is there's one less big studio left to compete against. As horrible as it is to say, it puts everyone else in a stronger place."

TIGA's Wilson says it's difficult if not impossible to put a number on the number of investments the UK has lost recently. But, he adds, the actions of publishers speak for themselves.

"THQ and Warner Brothers both announced studios in Montreal while Ubisoft expanded into a new studio in Toronto," he says. "There have been others, but I can't speak as to whether they considered the UK or not before making their decision. That's not the sort of thing publishers say; they just write the checks and set up the studios.

"All we can do is continue to make our arguments... and to point out to our government that all of these wonderful investments, all this wonderful creativity that's taking place in other countries, that we're not getting as much of a share as we could be. That's the real tragedy. But I want to emphasize that I do believe we will get games tax relief eventually. It will take a battle but that's a battle we intend to win."