Ubisoft is suing both Apple and Google for allowing Chinese companyÂ Alibaba to sell its mobile shooter Area F2 on their respective digital storefronts.
Chris Kerr
News Editor
May 18, 2020

Ubisoft is suing both Apple and Google for allowing Chinese company Alibaba to sell its mobile shooter Area F2 (AF2) on their respective digital storefronts.

As reported by Bloomberg, the French developer claims Area F2 is a "near carbon copy" of its popular tactical shooter Rainbow Six: Siege (R6S), and as such should have been pulled from sale.

Ubisoft said it has notified Apple and Google of the alleged copyright infringement, but that both companies have refused to remove the title from the App Store and Google Play Store.

"R6S is among the most popular competitive multiplayer games in the world, and is among Ubisoft's most valuable intellectual properties," said Ubisoft.

"Virtually every aspect of AF2 is copied from R6S, from the operator selection screen to the final scoring screen (pictured below), and everything in between."

Ubisoft said the similarities between the two titles cannot "seriously be disputed," and has now decided to push the case forward by filing a lawsuit in a Los Angeles federal court. 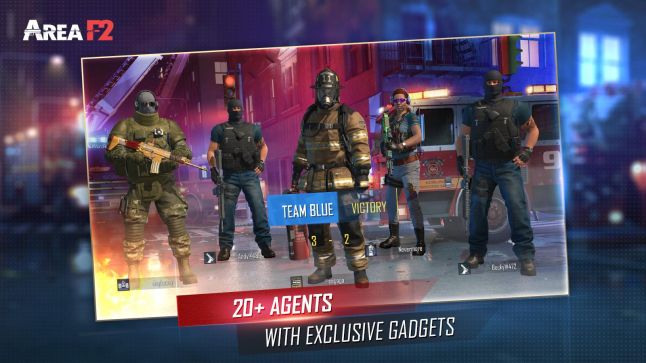