The Story These Stories Aren't Telling

On Gamasutra today, the annual salary survey shows a smaller-than-average wage gap between the sexes. On Polygon, an expose of the harassment women faces shows a larger problem. But the biggest problem in both articles isn't getting discussed.
Elizabeth Sampat
Blogger
July 22, 2014

When I first saw the annual Gamasutra salary survey today, I felt great. In comparison to last year's numbers, it seemed like the gender gap was closing in a number of areas— possibly because the sheer number of women in the game industry has been steadily rising, too. And yeah, it wasn't a perfect 100% parity between genders, but sometimes you just want to feel the win, you know? And for all of a couple seconds, seeing that women in the industry make 86 percent of what men do— nine percent higher than the national average!— felt like a win.

And then the feeling went away. 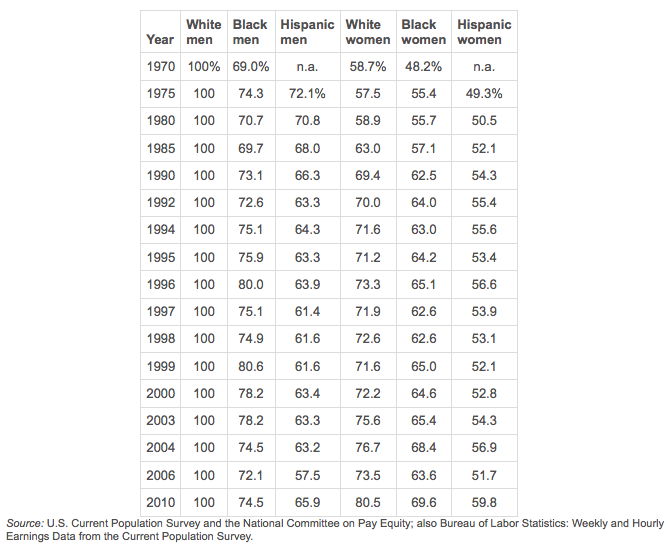 There's a common truth well-known in social justice circles that hasn't quite made it to the mainstream feminist consciousness: that "77 cents on the dollar" average is a whitewash. Racism doesn't just ensure that white women make more than black or hispanic men— it fundamentally changes the tone of discourse around institutional sexism.

Yes, making 20% less than white men is still actionable, but it's not quite as shocking. White women rely on women of color to bring the average down in order to capture the hearts and minds of the culture, but rarely— if ever— center the experiences or the problems of the most marginalized women— the women most victimized by our racist, capitalist system.

Gamasutra didn't cover race in their salary survey, but the IGDA Developer Satisfaction Survey puts the game industry globally at 79% white. It also mentions that the number of women in the game industry has risen dramatically over the last decade, from 11% to 22%.

Today on Polygon, there was a hard-hitting article about the harassment and hate that women face in the game industry. It pulled no punches, including actual, un-edited hate directed at women who dare to be part of the game industry in public. The first line of the article— no preamble other than a content warning, no context, was a quote:

Nowhere else in the article— which focuses unwaveringly on the incredible threats and harassment women face in the industry, and how that abuse changes them— is race mentioned. It's just that first line, slapping you in the face. And as much as the rest of the article resonated with me, as much as the quotes from women I know and love and respect killed me, something still felt off.

Are we seriously starting a conversation about the abuse women face with the fact that a non-Black woman got called the n-word?

@Yoshifett_BRB @MightyMaxime @Ploogle Instead of cashing in on "How dare they treat me like a Black person" kind of shock value.

So many people in the game industry and in games culture get called the n-word every day, and I'm sure most of the people who hear that slur are actually Black. (And I'd bet that it happens more in the culture than the industry, since again, 2.5% of the game industry is black, but according to The Kaiser Family Foundation, African American youth between the ages of 8 and 18 play games 30 minutes more per day than white youth.)

The plight of women in the industry is a real struggle, and it deserves to be fought. It also deserves better than to appropriate the struggles of people of color for its own ends— and any struggle worth fighting will be fought on behalf of all women of all races, period.