The Shooter Genre That's Up for Grabs

Multiplayer and shooters go together like blue shells and broken friendships. For better or for worse, online multiplayer is the focus of the majority of today's AAA FPS and TPS franchises. With daily player counts in the millions, the genre is not going away anytime soon, but for the casual gamer like me, I am bored with today's AAA offerings. If you need proof that others share my sentiment, take a look at how PlayerUnkown's Battlegrounds and Epic Games' Fortnight leveraged the battle royale game mode to take over the online shooter space in 2017. The online shooter community is hungry for new experiences, and as studios hope to cash in on their own battle royale clones, the industry should look ahead to identify the next gap in today's AAA offerings.

What is that gaping, shotgun-blast-to-the-chest sized void in the shooter landscape?

There are no high-action, team focused online multiplayer shooters.

Let me break down those terms and their antitheses:

All of today's big-name multiplayer shooters can be described by combining some variation of those two categories, with the two most popular combinations being:

Neither combination is inherently better than the other, but their overwhelming prevalence makes it clear that game designers currently treat pace-of-action and teamwork as mutually exclusive factors. Here are some examples of games that fall into each group:

This dichotomy is all well and good, except it has persisted for so many years that most shooters feel like stale re-skins of each other. I believe we've all had the experience of booting up our console and having to choose between a positive team experience with methodical gameplay, or absentee teammates and non-stop carnage. It's time we had a new choice. It's time we had positive team play and non-stop carnage. It's time someone made a high-action, team-focused shooter. 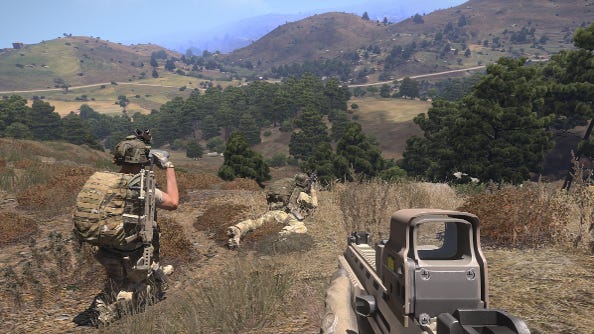 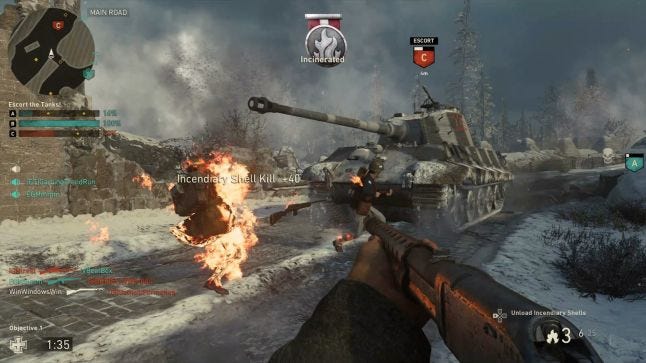 I realize that there are folks in this industry who are much smarter than I am, and earn princely sums to think up the next big multiplayer shooter experience, so it stands to reason that if this gap is so obvious, why has no one filled it. Here are a few reasons:

Companies who are willing to experiment, however, are reaping the rewards. Blizzard Entertainment has already shifted towards high-action, team-focused games with Overwatch, which takes the fast-paced action of a Call of Duty and pairs it with the tactical, team-oriented gameplay of a Rainbow Six.

In other words, while games like Call of Duty, Battlefield, and Battlefront compete over players and struggle with identity crises and micro-transaction controversies, Blizzard reigns king in its own unique genre of online shooter. And Blizzard's genre-bending is just the tip of the iceberg. There is still much to explore (and profit from) in the uncharted waters of high-action, team-focused shooters.

For studios looking to take advantage of this fertile space, here are some design principles to keep in mind:

I hope these principles inspire studios to take the leap and start designing high-action, team focused online shooters. The FPS and TPS community is hungry for fresh experiences, and providing them to the player is simply a matter of combining existing design principles in a new way. If PUBG, Fortnite, and Overwatch are any indication, the potential fiscal return is certainly worth the risk of innovation.

To create a AAA FPS/TPS online multiplayer experience that offers high levels of spectacle and action while promoting team play, game designers should follow these principles: