Gamasutra asked several developers why they think Pokemon Go did so well so quickly, what it needs to do to stay on top, and what it means for the future of location based gaming
Simon Carless
Blogger
July 19, 2016

In just two weeks, Niantic Lab's Pokémon Go has lured huge masses of people into exploring their real world surroundings because they 'gotta catch 'em all.'

It's become a pop cultural phenomenon in a way that even the biggest blockbuster games rarely do.

While playing, people have found dead bodies, been caught out cheating, and more importantly, have used the experience to get meet people they'd have never encountered elsewhere.

In its short existence, Pokémon Go has more installs than Tinder, and more daily active users than Twitter. The game is a desperately needed hit for Nintendo, and sweet vindication for all of the investors in developer Niantic.

It's also a watershed moment for location based games.

Games that take place out in the real world are not new. Geocaching has invited players to find secret treasures hidden at real GPS coordinates since 2000. 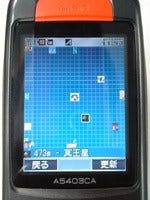 The pioneering 2003 mobile phone game Mogi [right], which used GPS to let people hunt for virtual treasure in real world locales, developed a devoted following in Japan. And the I Love Bees ARG continued the trend in 2004 by sending participants to GPS coordinates around the globe.

But the only precursor that became a mass phenomenon was Niantic's previous game Ingress. Released in 2012, the game touted itself as an augmented-reality MMOG, offering a sci-fi themed backstory focused around two warring factions.

The game required you to visit and capture various portals (areas of cultural significance, which are identical to locales of Pokestops and gyms in Niantic's latest release) in order to gain the upper hand.

No official numbers of active players have been made available, but Ingress has been downloaded by over 7 million users. That seemed like a large figure before Pokemon Go hit number one on the charts even quicker than Clash Royale.

Pokémon Go uses the same location data as Ingress, and offers a lot of the same features. So what's made the difference? Why was this Nintendo-branded GPS game the first to conquer the world? To understand more about what has sparked such a broad interest in the game, we talked to some developers with extensive knowledge of location based games.

WHY WAS POKEMON GO THE FIRST LOCATION BASED GAME TO BREAK BIG?

"It's a perfect fit for real-world gameplay," explains Frank Lantz, director of the New York University Game Center and inventor of Plundr, a location based game that turned wi-fi hotspots into islands to fight over. 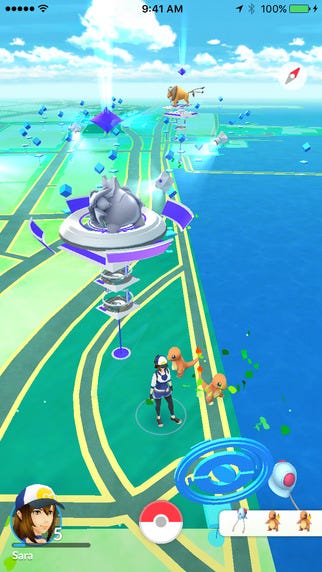 Linking that robust structure to the brand awareness around the Pokemon franchise was a can't lose proposition. "There's a lot of cultural muscle doing the heavy lifting here," adds Lantz.

MMO pioneer, Raph Koster, who wrote a provocative Gamasutra blog post on the subject, sees it as natural progression for the franchise. "The previous games have always been about mobility," he notes. "There was the pedometer [bundled with Pokémon HeartGold and SoulSilver]; the highly local trading and head to head play; stuff like Pokémon Dream Radar [a 3DS exclusive, with you chasing Pokémon through augmented reality]; and so on."

He also cites the pent up demand for a Pokémon game on smartphones, ensuring that enthusiasm was at fever pitch levels even before Pokémon Go's launch.

A form of wish fulfilment also plays a valuable role here--the game literally lets you roam the earth finding and training pocket monsters, just like the characters in the cartoon and manga.

"Pokémon Go gives every kid and kid-at-heart the wish they had when they first journeyed into the world of Pokémon," explains Tyler Fero of PerBlue, who worked on the location based MMO, Parallel Kingdom.

As CEO of PerBlue, Justin Beck, puts it, "The game has really reignited a passion and interest in the genre, and we're excited for what that could mean for the industry as a whole."

CAN IT MAINTAIN THIS LEVEL OF INTEREST?

Historically, games that garner such attention so quickly end up crashing and burning. What are the odds of Pokémon Go facing a decline akin to Draw Something and Words with Friends? 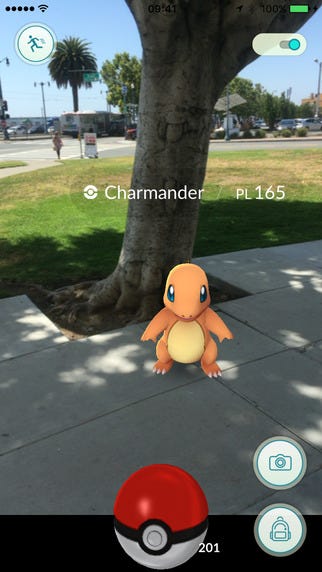 "If I had to predict, I would guess that the vast majority of players will move on after a week or two but there will be a smaller, but still significant, set of hardcore players that will play long-term," says Lantz.

Koster notes that timing is everything--it's summer now. Kids and students alike have more free time, and once school is back in session, numbers could tail off.

Jeremy Irish, CEO and co-founder of Geocaching.com, also notes that having plenty of free time is crucial to the success of the game. "To really engage in the game, you need to be actively moving to new areas to catch them all," he explains.

There's also the question of weather. People are more inclined to go outdoors during the summer months. As Lantz notes, "one of the reasons people like video games is because of couches," and they'll certainly seem more appealing come the rainy days.

One thing is clear: Pokémon Go needs to innovate in order to remain popular. In its current form, it's fairly shallow.

As Koster notes, in some ways the game is more shallow than regular Pokémon games, lacking an all-important trading mechanism that has helped drive the community in the past. Koster warns that "unless Niantic has richer gameplay waiting for an update, a lot of players may hit ceilings."

Irish believes that there are two fundamental issues surrounding Pokémon Go that may have an effect on other location based games -- user distraction and attractive nuisances. Numerous incidents have already been reported with players being so distracted by the game, that they've managed to walk into things...or get hit by cars.

That's also turned them into a form of nuisance for others within society. The game's system encourages large groups to gather around Pokémon gyms, no matter what time of day, causing alarm for others. "If they don't find ways to manage this behavior during gameplay they might end up seeing legislation restricting this activity in the future," explains Irish. (He notes that it could potentially affect Geocaching, too.)

"There seems to be very little impact that the players can have on the environment," says Rick Ernst, who worked on Augmented Reality games for Ogmento before moving to Riot. "The only means of adding or modifying content and locations right now  (aside from taking over gyms) is by submitting a form to Niantic."

"I would love to see games that explore more interesting, strategic uses of location," concurs Lantz.

Ernst notes that heavy players will likely reach the end of interesting content in only a few weeks or months at best. He maintains that while this new hit title isn't a fad, some work is needed to keep players keen in the long term. He adds that being available on a platform that's "easy to update" gives Niantic an advantage in keeping the content fresh.