MOBA AND MMO players: Pay-to-Play is popular with a median of $40 per game and player. 64% of hardcore gamers spend real money in F2P games, subscription rates are low. Steam rules supreme with 93% of players buying from there, Kickstarter manages 57.3%
Alexander Zacherl
Blogger
May 28, 2015

When we prepared for the now-running Kickstarter campaign for our MOBA-meets-MMORPG Das Tal, I decided to delve deeper into the minds and hearts of our fan base. I sent out a short survey to the people who signed up for our “alpha tester mailing list”. Out of the roughly 6.000 people who got the email in March, 632 responded. I asked them both about their habits in playing and paying for games. In this first article I want to focus on their paying habits.

Demographics: Who are you?

Das Tal is a game that we marketed heavily towards an audience that we believe is similar to us. Experienced gamers with a knack for meaningful PvP and virtual worlds.

The median age for our group of players was 25 years, with an average of 26.96 years. The youngest participant in the sample was 12 years old, while the oldest clocked in at 68 years. A pretty good sign of how the player base for “hardcore games” ages with our medium. Side fact: Our average team member is also just slightly younger than 30 years.

The global distribution of our player set also of course mirrors both our marketing efforts, and the popularity of Sandbox-type MMOs in Western Europe, Eastern Europe and North America. Interesting fact: Our web traffic and newsletter signups have a significant portion of people from Asia (especially Vietnam) who did not answer this survey - I assume it’s a language barrier problem (the survey was in English).

Taking a look at gender, a whopping 92.7% of our player base identified as male. Probably not a huge surprise, considering how MMOs and PvP games were marketed for the last decade or so.

As for the game preferences of our player base: They are heavily interested in PvP Arenas / MOBAs and Sandbox MMORPGs - as are we. Note: The names that were cut off are League of Legends, Bloodline Champions, Heroes of Newerth, Heroes of the Storm and Darkfall (Unholy Wars). I’ll explore the playing habits and game preferences more in detail in in my next blog post.

Business Models: How do you spend?

Now that we know who we are talking about, let’s get into the meat of this post. One of my main goals for this survey was to find out how popular different games business models are with our target audience. Most of us have had some bad experiences with F2P (mostly of the P2W persuasion) but how does that reflect in actual actions?

Please note that “recently” was defined as “in the last six months”.

No surprise. Pay-to-play or pay-before-you-play is still the most common form of payment for a game. 86.2% of our community have spent money on a game this way in the last six months. Interesting though: Even amongst the most hardcore of gamers, 13.8% did not spend any money on games. Because sometimes you just don’t have the cash.

Interesting findings: Nearly a quarter of all players said that they have paid $75 or more up-front. For a single game that either means collector’s editions or - more likely - Kickstarter. The median price paid in this sample is $40. Which is what we priced our lowest “full game” Kickstarter tier when we launched the campaign. This meant that we left out a lot of players in the bottom 50% of the spending capacity, and so we recently launched a new Kickstarter pack called the SENTINEL that goes for €15 to €20.

We went into this survey with the feeling that “most hardcore players do not pay for free-to-play games”. That was at least what we saw in ourselves. We (the devs) rarely spend money on F2P games. But our player base does. Nearly 2/3rds of them spent money on a F2P game in the last six months. A lot of them told us that they prefer cosmetic items over pay-to-win goods like equipment and boosters - but we don’t have any hard numbers on that.

Here is another surprise. Even in our audience that is heavily skewed towards “oldschool MMORPG players” subscriptions levels are pretty low compared to the other models. Just over half of our audience paid for one recently. In the next survey we should ask them if those subscriptions were mandatory or optional.

Store preference: Where do you buy games?

Our next question was a simple one: “Have you ever spent money on [store name]?”. Here are the results:

No surprise here: Steam comes in first. 93% of our audience spend money on Steam. Valve’s games platform is still dominating the PC games market. Not a monopoly, but it’s pretty close.

This one is great for independent developers: The second most popular form of getting a game was to pay the developer directly. This is - of course - more popular with MMOs than with smaller indie games, but it’s good for us. It means there is a sales channel that costs us way fewer transaction fees than Steam’s 30%.

Next is the Humble Store / Humble Bundle. Nearly half of our players did buy at least one game in this way. The bundles are most likely the reason for that, but we did not ask in detail.

42.7% of the surveyed backed at least one project on Kickstarter. A good number, but less than we expected. Our Kickstarter-themed survey gave us a number of 62.7% for the same questions - but of course those who replied there were already more associated with the platform.

GoG comes in fifth. They managed to convince 30.1% of our audience which is not that bad - but looking at their focus on oldschool games and oldschool gamers, we had expected more.

That is it for today. This was only a small part of our data set. I’ve got another blog post coming soon, which focuses on the actual game preferences of our audience, including what they like and dislike in both MOBAs and Sandbox MMOs.

In case you are interested in what game we are developing, check out Das Tal. 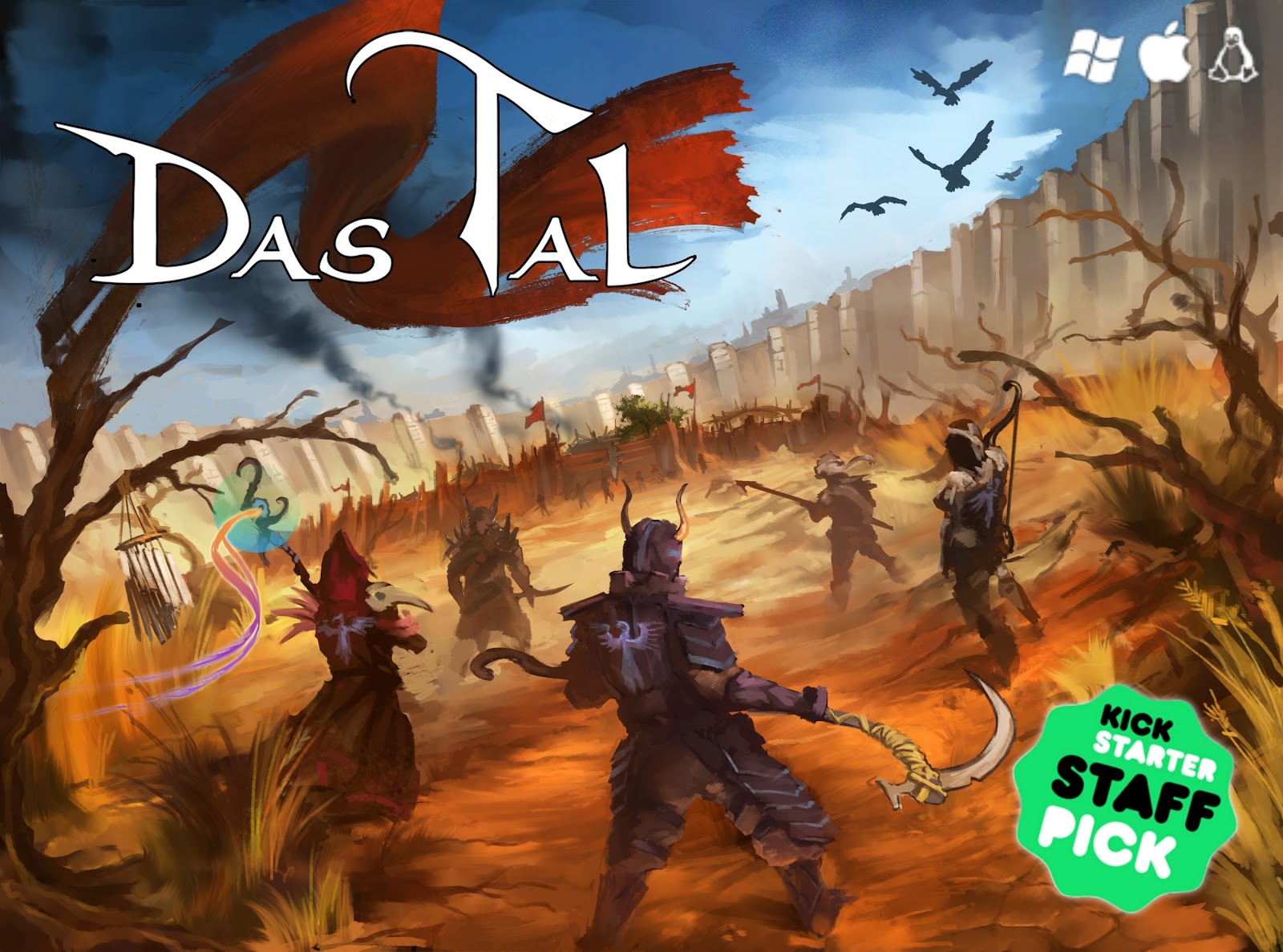