The Ataribox sounds like a NES Classic with a modern twist

Atari has given us our first full look at its mysterious Ataribox, and offered a few hints as to what the device will be capable of.
Chris Kerr
News Editor
July 17, 2017

Earlier this year Atari signaled its return to the hardware business by teasing a mysterious new console dubbed the "Ataribox."

Now, the company has teased us some more by giving us our first full look at the system, while providing a few hints as to what the device will be capable of.

In an email sent out to fans, Atari explained the console will be powerful enough to run both classic and current gaming content, and showcased a slender black box that looks like it's been ripped straight out of the '70s.

The email also confirmed the Ataribox will pack an array of modern ports, including a HDMI, four USBs, and an SD card slot, but stopped short of revealing any tangible tech specs.

All of that suggests the system will be a supercharged version of the NES and SNES classic, a machine capable of running retro classics alongside more modern offerings.

Still, until we know what's under the hood it's probably sensible to manage your expectations. After all, "current games" is a vague term that could refer to anything from the smallest indie titles to the biggest blockbuster games -- not that we're suggesting Destiny 2 will be heading to the Ataribox anytime soon.

But, if a note obtained by Eurogamer is any indication, the Ataribox is likely to show up on a crowdfunding website long before it makes its retail debut. Though the announcement email itself shied away from specifics about the console's release, a note issued to investors last month said that the Ataribox "will initially be launched within the framework of a crowdfunding campaign" in an effort to reduce risk taking.

You can check out the email in full right here, and see both variants of the console (one with a glass finish, the other with wood detailing) below. 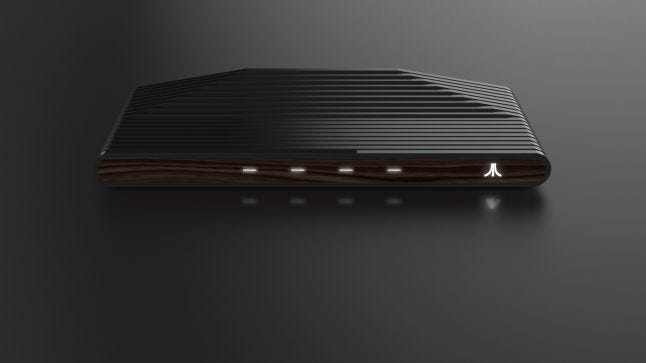 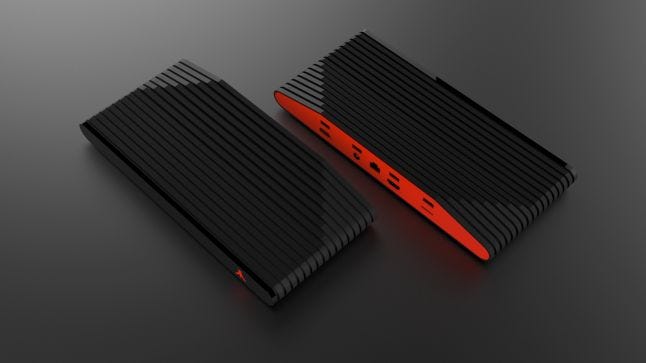