Tecmo is a publisher that has gradually built up its reputation on the back of quality software -- but it only had one superstar developer: Tomonobu Itagaki, the founder of its Team Ninja studio.

Of course, as everyone knows by now, in June this year Itagaki resigned from and sued the company. As everyone also knows, games are not made by one man: they're made by a competent team of individuals. Bearing both of these facts in mind, what's the future of Team Ninja?

To answer that question, Gamasutra sat down with Team Ninja producers Hitoshi Hasegawa, who has taken over leadership of the team that created the Dead Or Alive fighting game series, and Yosuke Hayashi, director of Ninja Gaiden Sigma (Team Ninja's other major franchise) for the PlayStation 3.

The conversation took in an evaluation of how the team has been evolving post-Itagaki, its views on the platforms at play in the current space, and -- after a Tokyo Game Show at which the studio showed no new games -- what the future holds in store for the high-profile developer.

At a very high level, what's the ongoing plan for Team Ninja now? Obviously you had a situation where you had a break, but also right now, you don't have any announced games. If you could talk about the direction the studio's heading in the future, that would be great.

Hitoshi Hasegawa: We've been taking some time reformatting and reorganizing our team around, but one thing for sure is that we know what our focus and our concentration and our team goals and objectives are.

We've been using time recently in order to make sure that that's what we want to do, and continue to work on existing and future projects.

Up until now, have you been satisfied with the products that have been released by Team Ninja for the current generation? Dead or Alive 4, Dead or Alive Xtreme 2, Ninja Gaiden II, and Dragon Sword as well?

HH: Not just the company as a whole, but each individual staff member on the team has been very satisfied with all of the products that we've released so far. But with any project that you've completed, you have a brand new day, and there are always new challenges and new points of view that you come up with.

Our staff members already know that there's a new challenge ahead of them, and there's always going to be constantly new concepts and ideas floating around. We're ready for that challenge. 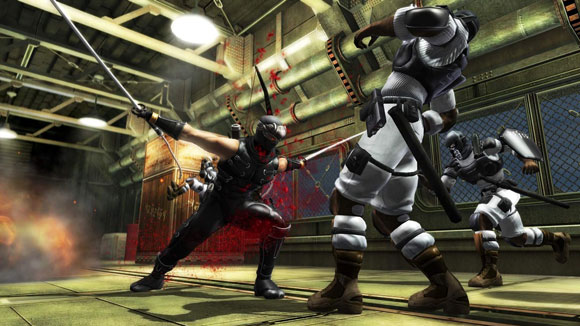 I'd like to talk a little bit about the different platforms that are available right now on the market and how you see their situation. Let's start with the PlayStation 3. You've released one game, Ninja Gaiden Sigma. Can you talk about how that's gone and how you see the future of the system, both in the Japanese domestic market and worldwide?

Yosuke Hayashi: For the PlayStation 3, we do not believe that we've seen the fullest of its potential from any standpoint: from a developer standpoint, and also a consumer standpoint -- and just in products in general.

The developers have been releasing products, but there is a bigger potential. There is greater potential, and we see that possibility the most in the PlayStation 3. It's going to be up to us developers and Sony to make sure that that does happen.

In terms of Sony's help, have you found that the development tools are now mature enough? That's been a complaint, that it took some time for Sony to get that support there.

Have you gotten to the point where you've gotten comfortable with the platform and you feel that it's mature enough to make an original game, and the kind that you want to make?

YH: Yeah. The cooperation that Sony has been lending to the developers has been good so far. We're very satisfied.

For any developer that's been working on all of the platforms that are available today, I think they would agree that the PlayStation 3 is the most powerful system out there.

The current business model for most publishers, because of the cost of developing games, is to make a game on both the PS3 and the 360, so there's some compromises that have to be made.

Do you think that, in the future, we're going to see games that are exclusively for the PS3 that are better than 360 games? Because, as you said, it's the most powerful system out there.

YH: I agree that if we work exclusively with one console that the final product will be a better game than if we were to create it simultaneously for multiple platforms.

Each system has its own philosophy behind it, so it's a matter if you can concentrate and focus 100 percent to adapt to that, or if you're going to have to balance that out with other titles. So, definitely, yes.

And that's something that Team Ninja has done for years. I don't know if that's a philosophy that everyone at the team shares -- to concentrate on one piece of hardware and make the best possible game. Do you think that that's a plan that will continue onward?

YH: The future objective of Team Ninja -- one of our goals is to keep our current fan base and user base, and be able to respond to their expectations and produce exciting content for them, but to also grow a brand new audience.

So looking at that audience, we want to make sure that we provide the most exciting entertainment content.

If that lends to one console -- PS3, or if that's going to be the Wii -- that's just the direction we will go. It doesn't necessarily mean that I'm just in favor of the PS3 console and that I'm not going to work on the 360, but it really depends on the audience and what we want to deliver, in order to make the most entertaining content.

To return to the original question, but in terms of the Xbox 360, that's obviously a lot further along and has a large, passionate fan base, and of course, Team Ninja's already made three games for it, so the situation's different. I was wondering if you would mind talking about how you view that system now, in a similar question.

YH: The Xbox 360, in our point of view, has all-around integrated aspects and elements that have... basically, coming out with the Xbox and 360, Microsoft has had a lot of experimenting and research that they were able to do in order to make a brand new gaming console and hardware piece.

But moving forward, we are interested in seeing how they are going to take that to the next level as a gaming console. We would like to be able to be a part of that experiment.

When you say "take it to the next level," do you mean within the current generation?

YH: Talking about current generation, and executing that in the future generation.

HH: We believe that it's definitely our job and our duty to make sure that we continue to increase. Not just Team Ninja, or action or fighting game fans -- but in order to push the console to the next level.

As leaders, with some of the games that we've already released so far, and leaders of the Xbox 360 console, it's really almost like our obligation to make sure that that happens. People are saying that it's all about globalization and this and that, but we're actually going to say quite the contrary.

We think that "made in Japan" product is what makes Team Ninja's product, and we're going to keep that going, and continue to push that. 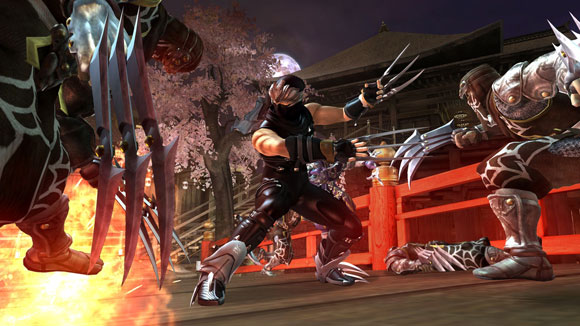 HH: We're not necessarily saying that the technology or flavor needs to be in a certain Japanese style or way. I don't dislike the western style that other Japanese developers are doing in order to make it a global appeal title.

YH: Our continuous and ultimate goal is that at Team Ninja, we are here to create entertaining content that will be accepted by the worldwide audience. When you look at the audience, obviously, we're not just looking at our country here in Japan, but we're looking at gamers in America and gamers in Europe.

I think that's important, because I don't think you can force it. I think that's what's being discovered over the course of this generation.

I want to ask about the DS. Obviously, Dragon Sword came out. First of all, I want to ask, was that game as successful as you'd hoped? Was it able to attract the audience to play the game? I think that was probably an open question when the game was released.

YH: As a product from a development, concept, and content standpoint, the team is very happy and satisfied with what we were able to achieve and put in the final product.

However, we do feel that we fell a little short in trying to communicate that, and have more gamers play what we were able to put in that final product.

And I don't think it's necessarily a shortcoming of the game. That's why I was wondering, is it the actual audience for the DS? I was personally interested in the game very much, but that doesn't necessarily mean many people are. There are a lot of people on the 360 and PS3 who want to play a hardcore action game; DS, maybe less. I was wondering if that was able to attract those people, or if there was a limitation on that.

Tecmo U.S. VP John Inada: In North America, it was definitely a mismatch of the DS user and the kind of game it was.

Commercially speaking, it didn't perform as high as we'd expected, but again, we're all about content, so we're not bent out of shape, because we know we delivered a good game. So, you know, oh well. (laughter)

When you have the ability to do an experiment like that, it's worth doing it. You know what I mean? 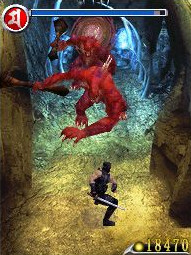 YH: I think so too; it just wasn't the right sort of natural chemistry. It wasn't enough. But we're up for those kinds of challenges, to provide a new and unique way of playing for a given console.

Ninja Gaiden: Dragon Sword was a perfect example of that, in providing a hardcore action game experience on a portable machine. That was our challenge at the time, but we'll continue to look at similar challenges in the future.

Obviously, you haven't done any games for the Wii yet, but I wonder what you think of the Wii. Just give me a quick overview of what Team Ninja's thoughts on the platform are.

HH: Maybe not Team Ninja specifically, but with Tecmo as a whole, we've been supporting the platform from the very beginning.

Internally at the company, we have a lot of knowledge, and I think we've mastered most of the components to make a very compelling and entertaining product using the console.

We will continue to work in that path. We have a lot of Wii console fans within the company, so hopefully there's something that we can work on.

My final question is about the development style within Team Ninja. Particularly Japan has a reputation for heavy up-front paper planning and design documents, but that has really fallen out of favor with western developers. I was wondering, what's the style that Team Ninja uses to plan games and develop them over the course of their lifespan?

YH: If it were one or the other, Team Ninja takes the approach that is probably more favored by the western developers. One concept that we have with all of our titles is that we provide entertainment.

As you develop more games over the course of the generation, do you find that your production style is evolving?