Surrendering control and trusting in players with Her Story

For Her Story developer Sam Barlow, surrendering his story to players was a mental hurdle he had to overcome as a writer. But it seems to have paid off.
Simon Carless
Blogger
July 01, 2015

In the run up to its launch, indie FMV mystery game Her Story gave the impression that it would do fairly well. It was relatively inexpensive, it was different, and there was almost as much mystery about how it would play as to the central mystery of its story. It was clear it was using footage of an actual actor and the trappings of a police interview, but exactly how all of this fit into the framework of a game wasn’t entirely clear.

Talking to Sam Barlow, Her Story’s director, he didn’t find this ambiguity to be a negative.

“The game has already sold 100 times what I was expecting," he says. "We’ve hit a number now that I was hoping we’d hit in six months. We have a 96 percent positive review rating on Steam, so it appears the people who bought it enjoyed it, and got what they were expecting.’"

The game's full motion video is an oddity today--a throwback to early days of CD-ROM games. “Its oddness is an advantage," Barlow surmises. With discovery challenges on noisy social media and crowded storefronts like Steam and the App Store, the game's unique look does seem to separate itself from the crowd.

"If you’re browsing through all this stuff and flying through it, and you suddenly get a shot of real video footage of a real person among all the cartoon stuff, the 3D graphics, the aliens and explosions, you might sit up and say ‘Ok, that looks different,'" he says.

And different it is. Charging you with investigating a murder from over 20 years ago, you have access to an archive of police interviews, but you can only search for them by keyword. Her Story then becomes a game of curiosity; following your own intrigue as you play a version of conversational Battleship, trying to find the right keyword based on the conversations you listen to and solve the case.

Because the pace is entirely driven by which words the player chooses to search for, the story emerges out of order and in fits and spurts, going down thematic blind alleys before you stumble upon a fertile thread again. I ask Barlow if this made it hard to write.

"I had the confidence that people would be able to give shape to the story, even if the pieces were coming at them in a different order."

“There’s definitely an element of surrendering control," he says. "When I started, it was quite scary for me because the last game I’d shipped, Silent Hill: Shattered Memories, was very much traditional storytelling, in that we had a big ending. While we did a lot that wasn’t traditional, it was still very much that everyone had the arc that led them to this cathartic ending, and that was the experience.’

“So going into this, it was kind of scary because we were surrendering that control," he says. "That said, the story has enough complexity that you can only break one thing at a time. There probably are players out there that had a very poor experience, with everything laid out and shown to them in the first five minutes.

"But I think the majority players are going to come across stuff at a good pace. Even if you do hit the ‘payoff’ of a story in the wrong order, there are still details and context that you can pull out of there. We have a really great ability as humans to put things together in our head, and infer things, so this was pushing that to an extreme. But I had the confidence that people would be able to give shape to the story, even if the pieces were coming at them in a different order.” 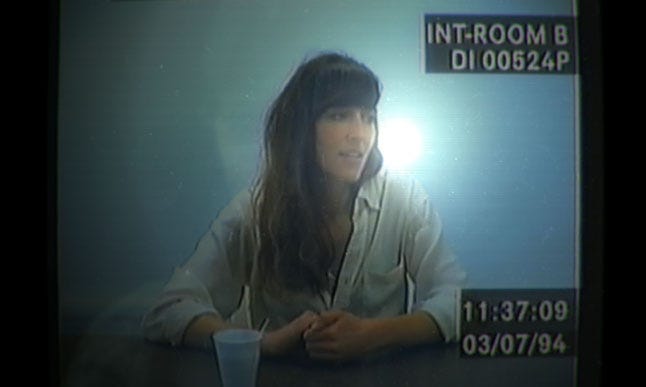 This seems to be the biggest lesson that Barlow learned during the development of Her Story: to trust the players and not try to control things too much. In the early stages of development he was doing a lot of research on real police interviews and transcripts.

“I put one of those into the format of Her Story, and ‘played it’ myself," he says. "And even though this hadn’t been scripted at all and wasn’t designed as a puzzle, it was still very interesting and satisfying to just naturally discover certain words and themes coming up. Just because this is what happens when people talk anyway.”

This pushed him away from trying to "gate" the narrative of Her Story with certain keywords, or even trying to control the pace at which the player investigated at all. “My way of creating it was to think a lot about the story and what was happening to these characters, and I had a rough plan that in each interview this was going to come up, or this is what the detective wants to know from this interview. But once I’d done that I just allowed the characters to talk, and to weave a very natural path writing from within the characters.” 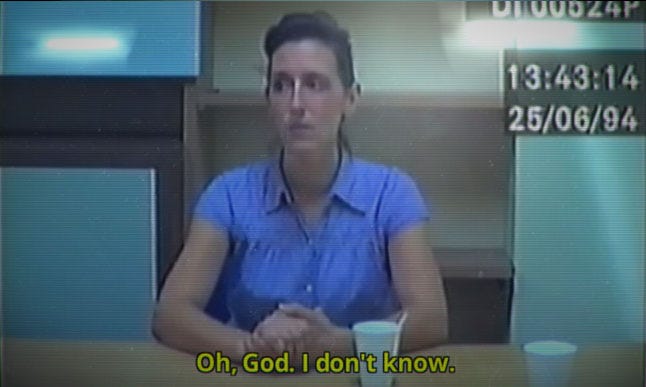 So instead of controlling what the player does, the development shifted to making sure that what the player did want to do was supported as well as it could be. As the investigation is conducted purely through typing keywords into a search bar and having relevant videos show up, the words spoken during the interviews become rather important.

Barlow explains, “I created a ridiculously complicated spreadsheet that kept crashing my computer, which basically looked at every single word used in the dialog, how frequently those words appeared, questioning whether some clips would ever show up in a search due to the words they use, and then that spat out a bunch of stuff. Some words I’d used too much, or used too many different words to refer to the same thing, so I’d use synonyms to trim it into shape.’

“So at that point there was no scripted route, there was no flow chart, the best way I can talk about it is in terms of sculpting. With a sculpture you stand back with your chisel and shave a little bit off the elbow here, tweak a little bit here. So I was essentially pruning and tweaking it so that mathematically it had a good distribution for people to come at it.”

This all helps to make for a play experience that is almost completely singular. What’s interesting is how Barlow doesn’t seem to sweat the idea that the mystery might be solved quickly, or whether that mystery itself is all that important to Her Story. Instead it’s about investigation, and uncovering the layers of the story--a story that presents itself in fits and starts--through the short clips that pop up with each word that you type in the search bar. That confidence lies in both the ability of the player to heavily infer and read the subtext of everything is said, and also in the story that he’s created. And after the response that Her Story has received, as well as the experience of playing it, he seems to be pretty on the money.