Study: 19% of eSports fans would pay $200 for eSports tickets

Event management hub Eventbrite recently conducted a survey of over 1,500 people who attended eSports events via the service, and the full results hold some interesting learnings for developers -- especially those interested in making and operating games designed for live event play.

Most notably, 74 percent of those surveyed said they went on to play a game more frequently after attending a live eSports event where it was featured and 47 percent said they left such events more interested in purchasing new content related to the games being played.

Also, it's interesting to note that 38 percent of respondents said they'd be willing to travel internationally (i.e. to another country or continent) in order to attend an eSports tournament, though the report didn't stipulate whether that question refers to "any eSports tournament" or an eSports event for a game the respondents were passionate about. 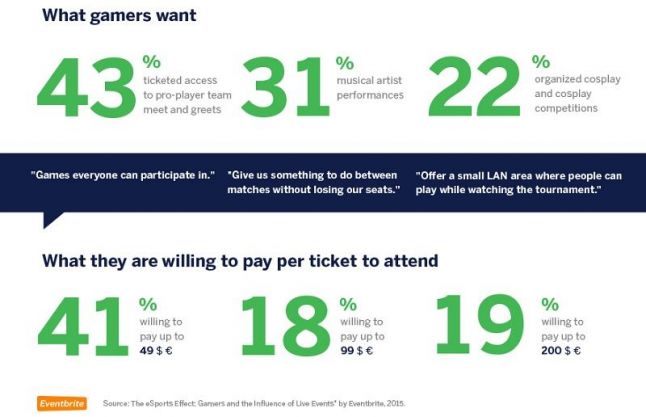