The Chinese market is important for Indies targeting Steam. Is there trouble in the future?
Sergio Garces
Blogger
January 22, 2020 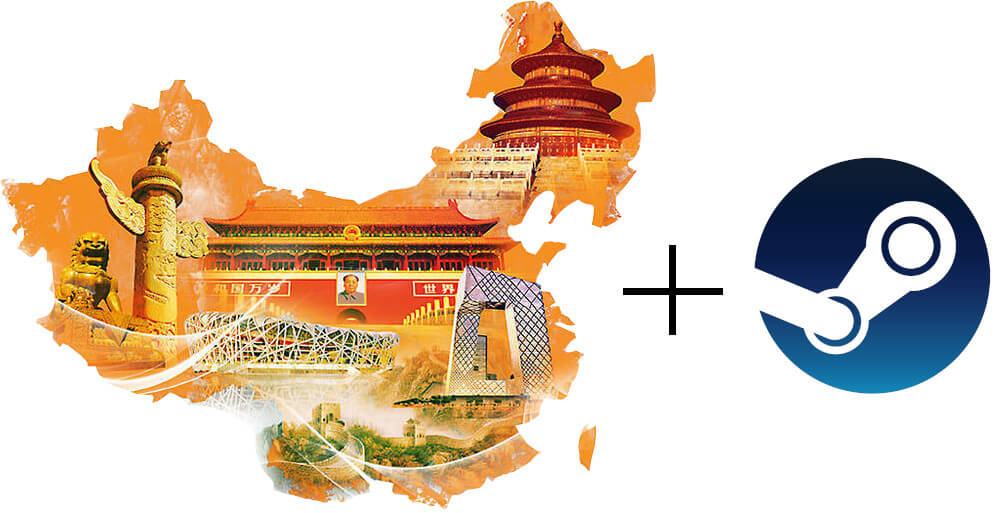 This article was originally posted in my blog.

In this episode of the Deconstructor of Fun podcast (jump to 35m02s) they talk about how they expect Steam's position in China to get significantly weaker in the future.

Let's unpack that. First, how would that affect us as Indie developers? And second, is that even true?

The games industry in China has gone through some rough times with strict government control and a months-long freeze in 2018. However, Steam seems to be operating under the government's radar, with games not required to get a license to be sold there. As Steven Messner from PC Gamer reports, nobody knows why it's not censored or, more correctly, why only community and pornographic games are censored:


For years, Valve's marketplace has operated in a legal grey area in China. Despite community features like Steam's forums and adult games being blocked by Chinese censorship, Chinese gamers can still access Steam and play games that haven't received approval for sale in China.

(Of note, according to that article, the Epic Game Store seems to be operating in the same grey area as Steam).

Niko Partners reported there were over 30 million Steam users in China in 2018. Admittedly, with regional pricing, Chinese players' revenue is about 47% that of US players, but that's still a large audience.

Going to PUBG's Steam page and looking at reviews by language I can see 284,872 reviews in English and 593,237 in Simplified Chinese. It turns out PUBG is more popular than Fortnite in China.

Let's look at some more numbers. Using the data I collected for my Steam analysis, I classified the reviews by language and plotted it over time. Note that I don't have review data for all games, as some games simply have too many reviews to download them all. The data covers every game with less than 15,000 reviews which should be adequate for most Indie titles. Here are the results: 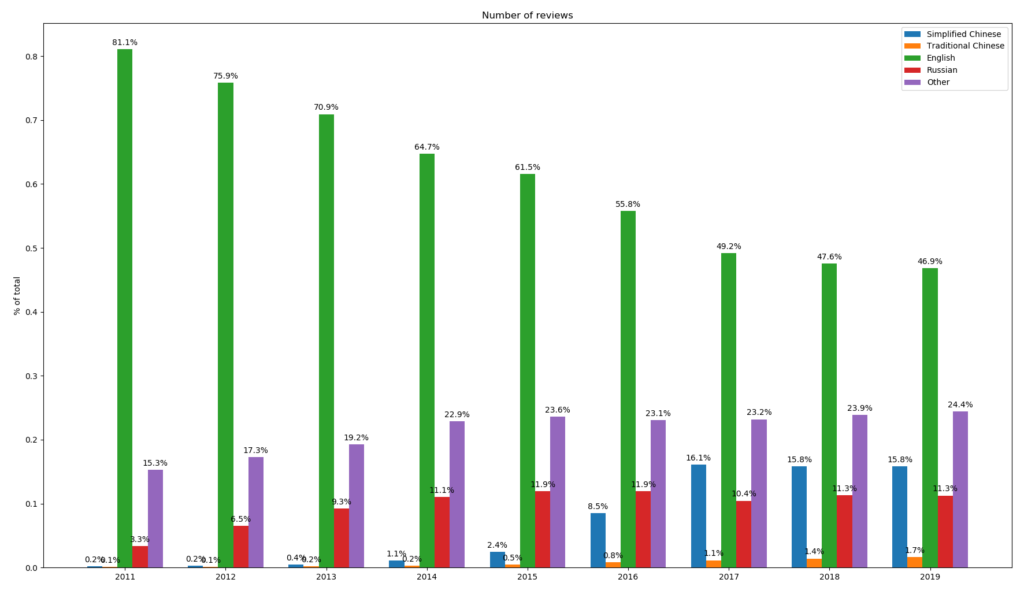 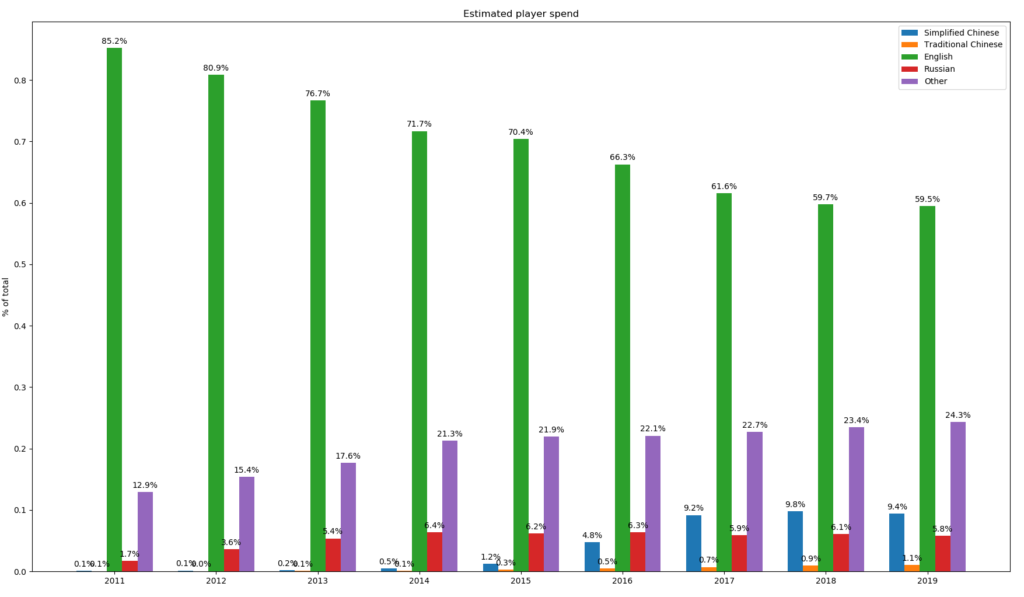 We can see that Chinese reviews grew between 2015 and 2017 and then have remained stable, at around 17% of the total (including both Simplified and Traditional). On the other hand, revenue percentage is expected to be lower due to regional pricing, and it comes in at around 10%.

I don't have a clear explanation for the differences between these results and the percentage of Chinese users from Valve's survey. Maybe Chinese users are less likely to purchase? (the preferred business model in China is Free-to-Play) or maybe they just play DOTA 2 and PUBG? Regardless, 10% of revenue is pretty remarkable.

As a final (anecdotal) data point, Slay the Spire's developer Casey Yano pointed out in this video how 43% of the units they sold in December 2017 came from China, and that was before they even localized it (which you should absolutely do!)

So, are we in trouble?

So, if China's sales are important for Indie developers, is there a risk that they are going away as the podcast suggests?

NetEase's Fever Game store is not the first digital game store available in China. Tencent has been operating WeGame since 2017. Also, NetEase's store will launch with only 2 titles originally.

But none of this matters for Indie developers, as managing to get a license to publish in China is extremely hard, even for Chinese companies, and both of those stores only offer licensed games.

The real concern is, then, Steam China.

Valve has partnered with a Chinese company called Perfect World to launch a proper Chinese version of Steam. The launch date is not known yet but it will only feature licensed games, unlike regular Steam, as confirmed in this EuroGamer interview.

It's impossible to say what will happen once Steam China launches. Many concerned Chinese gamers oppose Steam China because they think it will mean the end of Steam global. Which would mean the end to the extra Chinese revenue for Indie developers without a China license.

What can we do?

As with any externalities, all we can do is note the risk and prepare for it.

As things stand right now, I don't think Tencent's or NetEase's digital stores will affect Indie revenue in China: Chinese gamers won't find all the content in there, and if they are already using Steam chances are they'll continue.

That is, if they can. There is no way to know whether Steam will be blocked in China once Steam China launches. Even then, it would be possible to bypass restrictions with a VPN, though that would severely reduce the market.

For now, I will still localize my game to Simplified Chinese hoping that the store remains accessible, but ensure that I could survive without the Chinese market, in case the worst happens.