Earlier this year Valve announced plans to support the Australian dollar on its uber-popular Steam marketplace. That sounds like a win for those down under, right? Well, not exactly.
Chris Kerr
News Editor
November 21, 2018

Earlier this year Valve announced plans to support the Australian dollar (AUD) on its uber-popular Steam marketplace. That sounds like a win for those down under, right? Well, not exactly.

You see, when support for the AUD finally arrived this morning, some games were suddenly yanked from sale, leaving users in the country unable to purchase a wide variety of titles -- including one featured on the Steam front page.

As reported by Kotaku, a number of popular titles from big names like Microsoft and Ninja Theory are currently unavailable for purchase (as shown below), including Quantum Break, Ori and the Blind Forest, Hellblade, Spelunky, Into the Breach, Undertale, Return of the Obra Dinn, Night in the Woods, Warhammer: Vermintide 2, and many more.

But why the sudden purge? Well, whenever Steam introduces a new currency, it requires developers to set a new price for that region. That means every dev needed to choose a new price point in AUD before the switch-up, and as you can probably imagine, quite a few forgot.

According to an independent source, Steam prepared for the transition by sending creators multiple emails reminding them to add an AUD price for their game, otherwise it would become unbuyable. Of course, it's possible that older titles have unmonitored email addresses, and we know of at least one developer who says that they never received the emails.

Finger pointing aside, it's a major faux pas that's left an entire nation of Steam users in limbo, and it'll be interesting to see how long it takes to unravel the mess. 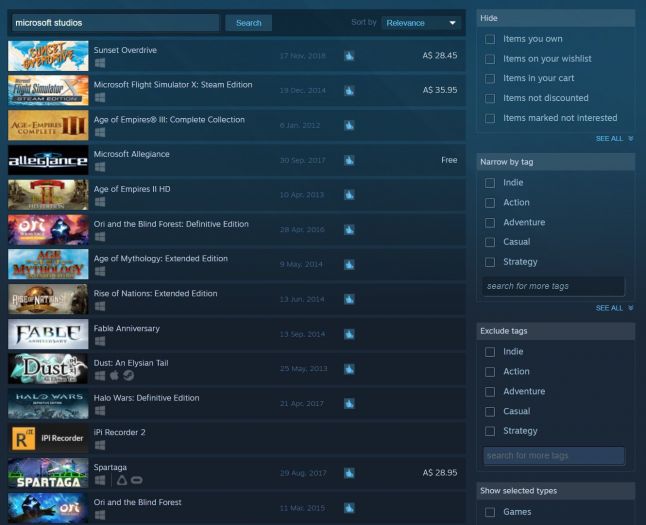