Stand-Out Games from Day of the Devs 2017

A review of some of the stand-out titles from the annual indie game showcase in San Francisco held by DoubleFine and iam8Bit. Including Untitled Goose Game and UFO 50.
Daniel Chamberlin
Blogger
November 14, 2017

For the uninitiated, Day of the Devs is an annual indie game showcase held in San Francisco by Tim Schafer's DoubleFine and iam8bit. 2017 was the 5th anniversary of the awesome event, and it has once again attracted a surplus of independent developers from around the country. It began as a small, local event, but is quickly growing into an important event to watch.

Here is my review of some of the best titles I had the chance to see and play. This is hardly extensive, but all of these games are worth keeping an eye on.

Probably the biggest splash at the event was the often hilarious stealth game about a mischievous Goose. You're given a list of tasks to ruin the day of the village farmer including stealing his hat or getting him wet. The game is incredibly clever in how it sets up each scenario and the world is given so much personality through a simple art style and expressive animations. It's hard to not feel bad for the farmer when you throw his radio in the lake, but the joy of escaping undetected had the same appeal of a stealth run in Dishonored. 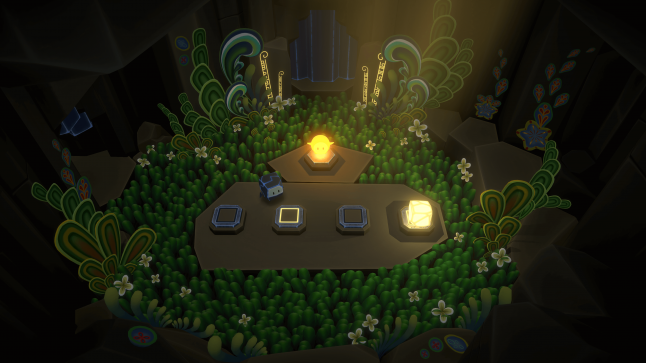 Pode is a co-op puzzle adventure game about a fallen star making its way back home. Where this game really stands out is in its visuals; it has a minimalist design that is filled with incredible life and detail. The lighting, framing and level design are all fantastically bright and beautiful. The developers came all the way from Norway and are a positive sign for the future of their game industry.

Mossmouth is a new company, but the team is comprised of indie game royalty with the likes of Derek Yu (Spelunky) and Ojiro Fumoto (Downwell). Rather than a single game, UFO 50 is a collection of, you guessed it, 50 games! The developers promise these are more than just mini-games or micro-games, but are more in line with the 8-Bit titles of the 80's.The sheer variety of genre, gameplay and art style is staggering for these games, but it's very clear what era of games Mossmouth is drawing from. There's RPGs, racing, platforming, brawling, strategy, puzzle and much much more.

The Occuptation by White Paper Games: 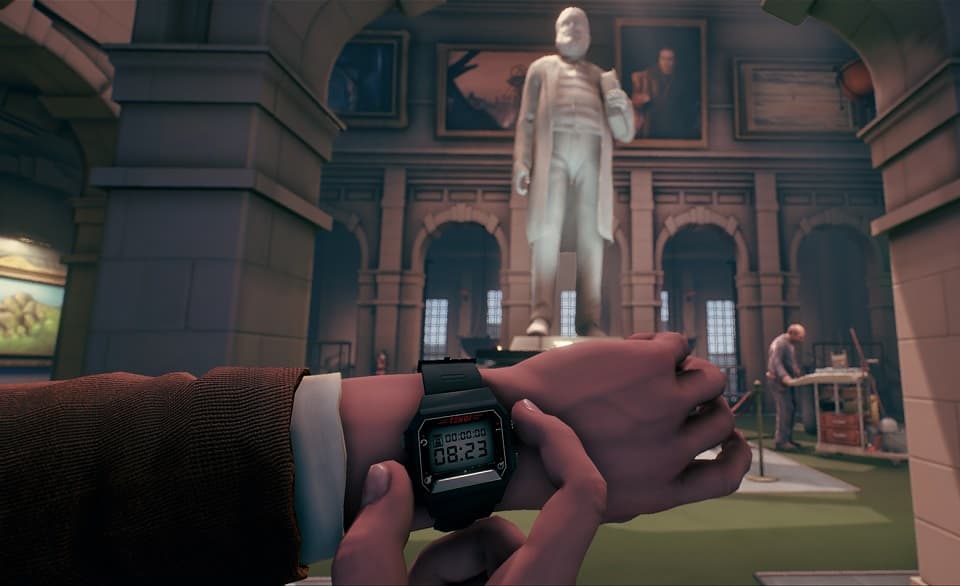 The Occuptation is a narrative game about nationalism, immigration and the importance of journalism. Timely topics for the modern day, but this game is instead set in 1987 England and takes the form of an immersive sim with exploration, puzzle solving and interactive narrative. White Paper Games previously made the critically praised Ether One, and have since given their game world far more detail and life. The most-interesting aspect is how the game takes place on a strict time limit to give your choices more tension and consequence. It's clearly an ambitious title, and their demo offered a promising glimpse into the intriguing narrative.

Where the Water Tastes Like Wine by Dim Bulb Games: I first played this game at last year's Day of the Devs, when it was just announced. It quickly stood out with its unique art style and story-telling premise. You travel across a gothic version of the American South meeting strangers, and sharing stories. The game feels like playing a John Steinbeck novel that's come to life with beautiful artwork, live folk music and a creepy, surreal tinge. The team has dozens of writers and it really helps sell each character's story as unique. Hopefully we can get our hands on the full release soon.

Ooblets is a giant combination of Pokemon, Harvest Moon and Animal Crossing with somehow even more adorable characters. The game is filled with creativity and color and is a joy to play. Every character bounces and dances throughout the game, gleefully aware of how silly they look. The titular Ooblets even have ridiculous names like "Chickadingding", "Gloopylonglegs", "Snurfler", "Whirlitzer", and "Derble". Clearly Ooblets does not take itself too seriously, but the game does offer a lot of depth with customization, farming and combat. Don't worry though, I'm sure no Ooblets were harmed in the making of the game.

Getting Over it by Bennett Foddy: 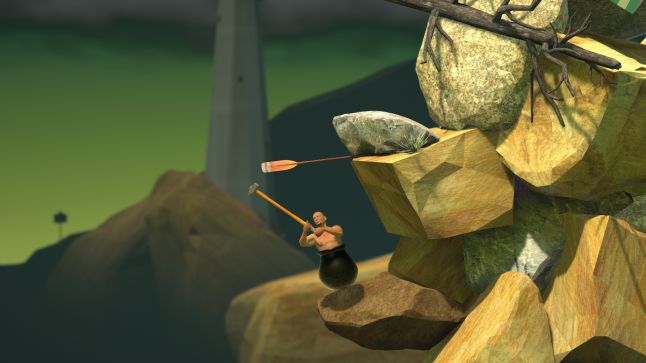 If Bennett Foddy sounds familiar it's because he brought us the hilarious flash game QWOP. Foddy has specialized in creating games that are unusual to control and Getting Over It is no exception. This time you play as a naked man in a cauldron, using a sledgehammer to climb a mountain. A difficult task by itself, and the game physics ensure that your climb will take a very, very long time. The game is visually simple, but its incredibly consistent in its design and animates very smoothly. In the entire day, I'm not sure a single person could make it halfway up the mountain, but every inch of progress felt rewarding. This game isn't for everyone, but it's always worth a shot.