Sony has revealed the new controller that will come with its recently teased 'next-generation VR system' for the PlayStation 5.
Chris Kerr
News Editor
March 18, 2021

Sony has revealed the new controller that will come with its recently teased 'next-generation VR system' for the PlayStation 5.

As previously indicated, the unnamed controller pulls over a number of features from the PlayStation 5's DualSense gamepad, including adaptive triggers and haptic feedback.

It also incorporates finger touch detection that can identify fingers without any pressing in the areas where players will place their thumb, index, or middle finger, enabling users to make more natural gestures with their hands during gameplay.

The VR controller will be tracked by the work-in-progress VR headset through a tracking ring located at the bottom of the device. Action buttons and analog sticks are also split across two 'left' and 'right' controllers, which contain one analog stick each and half of the symbol and trigger buttons normally found on the left and right side of the DualSense gamepad. A new 'grip' button will also be included to let players handle in-game objects.

The adaptive triggers and haptic feedback pulled over from the DualSense have both been optimized for the unique orb-shaped device, with Sony explaining the strange form factor was chosen to allow for greater freedom of movement.

"The first thing you’ll notice with our next-gen VR controller is the unique design, which takes on an 'orb' shape that allows you to hold the controller naturally, while playing with a high degree of freedom. There are no constraints with how you’re moving your hands, providing developers with the ability to create unique gameplay experiences," said the company.

"We also designed the new controller with great ergonomics in mind, so it’s well-balanced and comfortable to hold in each of your hands. We applied learnings from testing users with a range of hand sizes, as well as the decades of insights from controllers across all PlayStation platforms. The result is an iconic design that will change how VR games are played."

For a more in-depth look at the device, head on over to the PlayStation Blog. 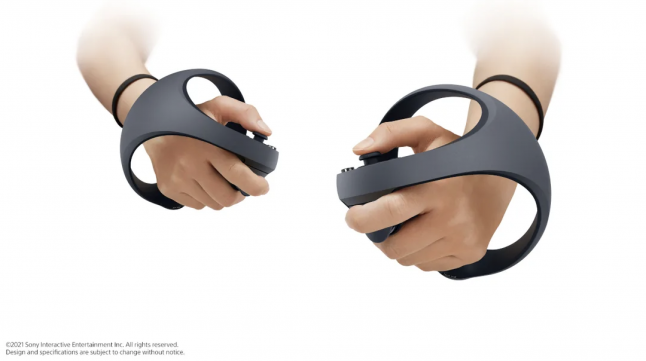