Microsoft has begun testing the browser-based version of its xCloud streaming service, according to a new report from The Verge.

The company is reportedly testing the web-based offering behind closed doors ahead of a public preview this Spring.

By allowing users to access xCloud in-browser, Microsoft will be able to circumvent new App Store rules being imposed by Apple that are currently preventing it from supporting iOS platforms.

The guidelines state that any streaming service that launches on the iOS App Store must participate in the wider App Store ecosystem. That would force Microsoft to create a separate iOS app for every single title available to stream though xCloud.

By letting iPhone and iPad users access xCloud through browser, Microsoft would be able to support those platforms without flouting Apple's guidelines.

It's being reported that Microsoft intends to bundle the web based version of xCloud into the Xbox app on Windows 10, and that it will be supported on browsers including Google Chrome and Microsoft Edge.

Images of xCloud running in-browser have also been acquired by The Verge (shown below), highlighting features including a simple launcher, game recommendations, and a fullscreen mode. 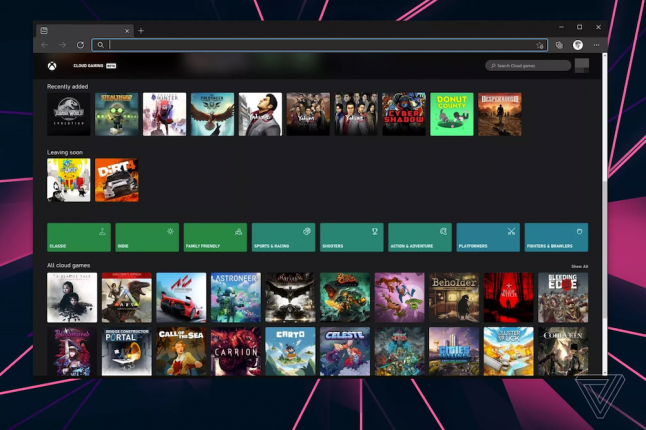