Over four years after Song of Horror developer Protocol Games embarked upon not one, but two doomed Kickstarter campaigns to finance the game, the studio is preparing the launch the fifth and final installment of its episodic horror series on Steam.

For Protocol, the road to release has been long, winding, and littered with potholes. Those failed Kickstarter voyages were just the beginning, and after struggling to find salvation in the world of crowdfunding the company managed to secure a publishing deal with Badland Indie.

In another reality, that might be where the story ends, but Protocol was forced to overcome yet another hurdle when its partnership with Badland Indie turned sour. It's a twist you couldn't make up, and an experience that Protocol co-founder Carlos Grupeli candidly describes as the studio's own "survival horror story."

Fascinated by Protocol's tale of defeat and redemption, we caught up with Grupeli to learn how the studio managed to bounce back after being down for the count on so many occasions, and eventually launch Song of Horror with the help of new publisher Raiser Games.

Gamasutra: Why did you opt for the crowdfunding route in the first place, and how did you approach building your Kickstarter campaign? I'm keen to understand your mindset during those early days.

Carlos Grupeli: We started developing Song of Horror back in October 2014, and at that point there were just two of us, both of Protocol Games’ co-founders. We wrongly thought the economic costs could be covered by a successful Kickstarter campaign because, during those days, crowdfunding looked like a very viable funding source. Unbeknownst to us, however, the bubble was starting to burst.

We tried to be as active as we could in light of this -- managing profiles on social networks, reaching out to the media, and opening threads in dozens of forum -- as well as contacting other developers for advice. All this happened while work on the game itself continued, with us desperately trying to spread the word about Song of Horror everywhere we could. With only three of us on the team at this point, balancing the game’s development with promoting this initial Kickstarter campaign in June 2015 was hard, and very early on it became clear that it wouldn’t succeed.

It honestly felt like we were dragging a corpse along while pretending it was still alive in the weeks that followed. Once it was over, we decided to try again, this time in November. After all, we hadn’t been able to provide a playable demo and we felt there were many fronts that could be worked on and improved upon. It was a blow, of course, but we decided that we hadn’t dipped our toe into the crowdfunding pool for no reason. 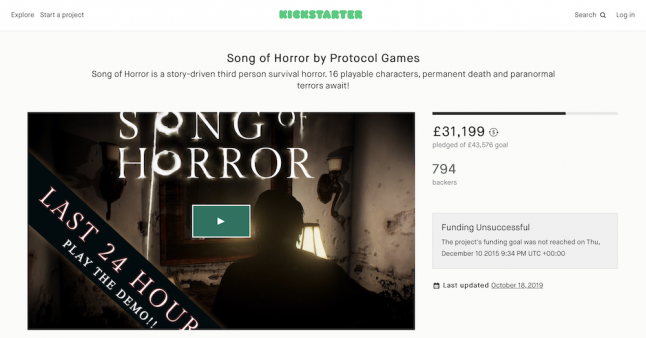 It feels a tad harsh to suggest your campaign was a failure considering you raised over £30,000, but ultimately you couldn't meet your £45,000 target. Broadly speaking, what went wrong?

I wouldn’t say that was harsh because, in the end, that’s exactly what it was. Looking back, the main reason why we missed our target was because our product simply wasn’t good enough for people to put their money behind at that point. We thought it was, but if you compare that first demo to how the game is today, they’re completely different -- they’re from completely different galaxies. Another issue we had was we struggled to get any kind of media coverage for the campaign. We just weren’t able to catch the eye of any major media outlets at a time where there were Kickstarter campaigns absolutely everywhere.

Only the playable demo did that for us, but it came way too late to turn the campaign around. Bear in mind, Song of Horror wasn’t just the first game we’d made for release, but our first game period. We had no prior knowledge of anything development-related except for the most basic of notions -- no educational background in video games, no experience, and no inkling of how hard it is to develop a game. At our core, we were just a few long-time gamers whose dream was to make a commercial video game.

We know now that, because many people have had their fingers burned by crowdfunded games, people are very reluctant to throw their hard-earned cash at projects these days with good reason. In hindsight, however,  our crowdfunding failures were a blessing in disguise as our initial release dates were completely unrealistic. If we'd succeeded, we would have risked being yet another disappointment for backers, who didn’t deserve to be let down like that.

Drilling down, what was the biggest lesson you learned from your experience with Kickstarter -- a key piece of advice you'd give to other devs flirting with the crowdfunding model?

Be good, be unique, and be noticeable. Oh, and be known, which is easier said than done, of course, but if you haven’t managed to build a strong following prior to the crowdfunding campaign, it’s most likely doomed to fail like our campaigns were.

If you’re an unknown developer like we were, struggling for attention and coverage, we wouldn’t bother with crowdfunding unless asking for a very minimal amount of cash. If you do take that route, make sure you have not one plan to deliver on what you promise, but several ones. Wrenches thrown in your gears down the line can derail even the most solid of Plan As.

After the dust had settled, you managed to secure a publishing deal with Badland Indie. How did you reposition yourself for success on that front?

We didn’t, really.  You might say it was dumb luck, or at least that’s what looked like it at first. The first teaser we put out, back in February 2015 I think, caught Badland Indie’s eye, and we began talking before our first Kickstarter campaign. Our talks coalesced into a publishing agreement right at the time of our second Kickstarter campaign in November 2015. 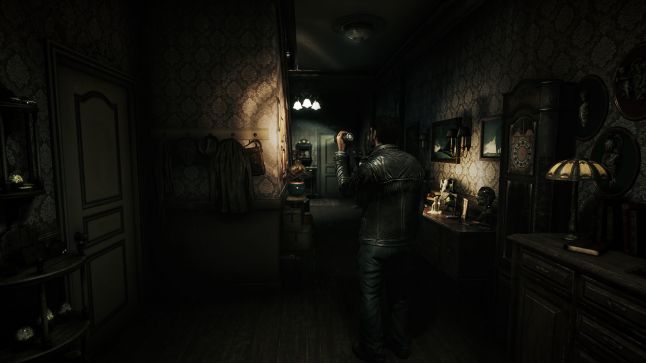 Eventually, though, your contract with Badland ended and you signed a new deal with Raiser. What happened there?

Well, for Song of Horror, you could describe it as the game’s very own survival horror story. There are various parts of this we still can’t talk about to this day, but what I can say is, after signing an agreement with Badland, it became clear to us in the winter of 2017 that the company was in trouble. We had been working in Badland’s offices for almost two years by that point, and suddenly a stack of Badland’s employees was summarily fired, all on the same day.

Naturally, this worried us -- we didn’t want any revenue Song of Horror generated being absorbed by creditors -- and so we started to look for alternatives. The breaking point came in early 2018 when Badland presented us with a marketing plan for Song of Horror that, budget-wise, did not meet the spending specified in our original contract with them.

As a result, we parted company, though sadly the whole affair ended up in court in January 2019, when thankfully the case was thrown out by the judge. At the same time, we started talks with Raiser Games who we eventually signed with and the rest, as they say, is history.

Given what happened, that’s an understatement, yes. We struggled economically while the Badland affair was running its course, and our partners were forced to go unpaid for a very long time as what money there was was being used to pay the employees’ salaries.

We weren’t able to get any kind of external help during that time, and there was also the enormous amount of time the negotiations and legal stuff took from us. Last but not least, the immense pressure took its toll on our mental health, with stress and doubts mounting and frequent anxiety attacks happening. Coincidentally or not, some of us got our first white hairs around this time, heh

Why you didn't seek out a publisher in the first place? What was it about the deals being offered by Badland and Raiser that changed your mind?

At the very beginning, we were just a bunch of willful gamers with zero knowledge of the industry. When we thought about publishers, we feared that they would take creative control away from us, force us to include unsuitable features and so on. We weren’t really aware that all of that is bound to the contract you sign and that every publisher is different from the next.

The reason we changed our mind was, essentially, because of marketing. We don’t know anything about it or how to do it, and we needed to work with a partner that could handle that side and invest in it - and that’s besides all the virtual paperwork required to release your game on any storefront, consoles, etc. Having those burdens taken away was certainly enticing. 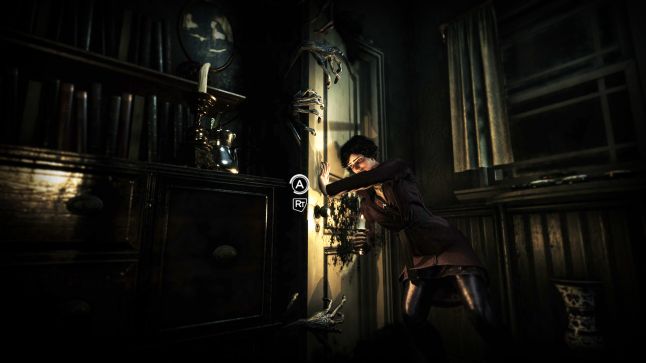 Did the fact Song of Horror is an episodic title factor into talks with publishers, perhaps making it harder or easier to sell?

Episodes or chapters in Song of Horror were originally meant as a narrative structure, not as separately released episodes a la Telltale Games or Life is Strange. Releasing Song of Horror in an episodic format was an agreement we reached with Raiser Games because both parties felt this solution would accommodate their needs. I think it ended up working in a gameplay sense, too.

Based on your own experiences, do you have any pointers for other indie devs currently pursuing a publishing deal?

Publishers aren’t good or evil. They’re just businesses like the rest of us, and every publisher is different, just like every development studio is also different. What can be given as universal advice is that you should read very carefully what you are about to sign and have a lawyer go over it with you, and don’t be afraid of suggesting changes to the other part: contracts are not sacred texts set in stone. Negotiating and asking for changes gives you the best chance of both parties being satisfied with what they commit to.

Looking back on the entire process, would you do anything differently if you had your time again?

Certainly. We would do almost everything differently, and we’ll most likely do everything differently with our next game, but Song of Horror is the product of that journey -- the good and the bad. It’s the unique result not only of our naivety and inexperience, but of the unrepeatable journey we undertook to get here. Some features of the game were put in literally because we didn’t know how much effort it took to implement them - and that won’t happen again.

If we were able to go back and change things, then Song of Horror wouldn’t be the game it is today, and we’ll never know whether those changes would result in a better or worse game in the end. As stressful as the journey has been,  we’re proud of the game we’ve ended up with.