PokÃ©mon Generation 1 and its Significance

The musings of an average gamer. An essay commenting on the significance of Pokemon Generation 1 in the gaming world.
Charles Farrelly
Blogger
November 14, 2020

“I see now that the circumstances of one's birth are irrelevant; it is what you do with the gift of life that determines who you are.” - Mewtwo in Pokémon: The First Movie

Pokémon Red, Blue and Yellow, or ‘Generation 1’ as they have become known, is a game series that launched not only a game franchise, but also an anime tv show, film series and more. To date, mo re than 368 million Pokémon games have been sold in 9 different languages (The Pokémon Company, 2020). To say that Pokémon was hugely successful and significant would be an understatement. It has become embedded in our society/culture, whilst not everyone may know who pikachu is, the pokémon is widely recognised - from cosplayers, to cuddly toys, through to appearances in other media. Pikachu makes an appearance in Macy’s Thanksgiving Day Parade (NYC Tourist), Time magazine named Pikachu as the second greatest person of 1999, and has even appeared on the side of multiple ANA Boeing 747 aircraft. Pokémon can literally be seen everywhere around the world. Pokémon was nominated for, and won, some awards (See appendix 1). 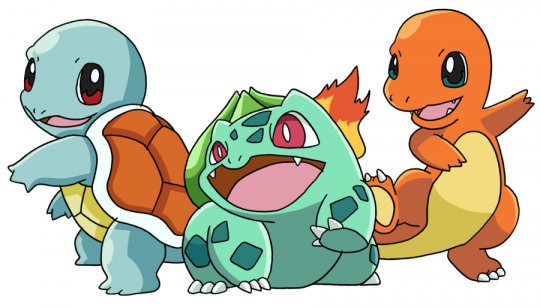 The premise for Pokémon is fairly simple, the player controls a character who explores the Kanto region, loosely based off the region of the same name in Japan, and can capture monsters and battle with them. The game has the tagline “gotta catch ‘em all” and the character’s mentor instructs them to catch as many pokémon as possible to fill the pokédex. As the story progresses, the player can battle gym leaders to earn badges which will unlock new abilities and new areas. There is also a fun story arc where the evil Team Rocket must be stopped from effectively taking over the world. Whilst overall the plot may not be strongest and most compelling when compared to other games at the time, like Final Fantasy VII (1997), Pokémon was engaging enough to be able to while away hours playing it. Being able to walk around yourself whilst controlling the character doing the same thing almost gives the sense of the player being in the game. The technology level in game was contemporary to the period, further reinforcing the notion of realism. This really helped to engage the audience as, apart from the pokémon aspect, the game world wasn’t too far removed from our own. I remember as a child playing Pokémon on my Game Boy every time we would take a long car journey. I’m sure my parents were not the only ones that were thankful for the quiet in the car.

With the ESRB rating of ‘E’, Pokémon is suitable for everyone, but with the main protagonist being aged 11 years, according to the Nintendo of America version of the manual (1998), it seems that children are the main target audience as the protagonist can be identified with. With there being a rival in the game, as well as Team Rocket, the player is able to interact with and defeat bullies, which is a huge reward for children. Moreover, being able to collect pokémon is in a sense similar to being able to have pets, this is especially appealing to children that may not be able to have pets at home. This gives quite a unique mindset to the game, not only do players get to stand up to bullies, they get to explore an interesting environment, catch pets and battle them to win money, items, fame and glory. 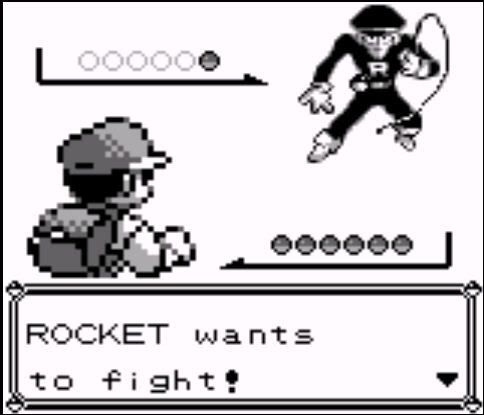 The original Japanese title, ‘Pocket Monsters’ (1996), really drives home the portability of the game and having a world in your pocket. The player could literally walk around whilst making the character do the same - especially in Japan where you could literally walk around the real-life Kanto region and do the same in game. The play itself is very ludic in the way that the character walks around, playing and interacting with the game world, which helps the player identify with the character even more. This is part of what has made the game so successful as the player could picture themselves in the game space, walking around, becoming the pokémon master that they have most likely seen in the TV show.

A portable game console is much more accessible and convenient than an arcade machine or classic console. Being able to have access to video games in your pocket meant that even if you had 10 minutes free, you could quickly boot up and play a game. The Nintendo Game Boy was one of the first mobile consoles to truly be successful. Whilst there were portable consoles before, none really had the commercial success as the Nintendo Game Boy, and some systems were not handheld, so the portability was not as high. The only system that had close to the success of the Game Boy was the Sega Game Gear, but fell short on sales by some margin. Perhaps the success of the console, paved the way for Pokémon to be as successful as it was (See appendix 2).

The game has a good level of strategy and balance, which keeps it very interesting. There is a ‘rock/paper/scissors’ type effectiveness with 16 different pokémon types, mostly based on elements. Each pokémon has different stats too, giving yet further balance. Some pokémon have a single type, some are double type, which adds yet more variety (See appendix 3).

The battles themselves have a limit to them, in that the player can have a maximum of 6 pokémon in their party. Pokémon also gain experience through battling, which will level them up, and some evolve into stronger pokémon. This is a really simple progression that engages the player, who is always wanting to become stronger, and eventually win the Pokémon League and be crowned champion. There are also wild encounters; as the player walks around forested, grassy or cave areas, wild pokémon will be encountered and force the player into battle. The player can attempt to run from the battle, but this is not always successful. This definitely adds a challenge to the game world, which enables better flow (Mihaly Csikszentmihalyi 1975) as both the skill and difficulty are increased. From personal experience, the only thing that I found would disrupt flow was the battery aspect to the Game Boy. The dreaded red power light, meaning that the batteries were almost drained, so the game would need to be saved, turned off, new batteries hunted for, replaced, then rebooted. However, conversely to this, it added something quite unique, there was a sense of urgency when in a particularly tough battle, and the batteries would be low.

The controls are very basic and self explanatory, and are also explained through some quick time events at the beginning of the game. An instruction manual was also included. Some things are not explained in order to add a puzzle aspect to the game, for example, using a pokémon ability called ‘Flash’ to light up an otherwise dark cave (See Appendix 4). This is a great example of a facility reward, but also helps keep the game more linear in the fact that it is apparent what the player needs to do next. There is also a satisfaction when figuring out what ability to use when completing a puzzle in the game.

Pokémon as a game was incredibly multi-dimensional, it had an engaging plot, a simple yet effective combat system, exploration, creatures to collect and more. It was easy to play, complex to master, and above all, fun. Coupled with the strategy and simple controls, flow was incredibly achievable, and with the many facility, glory and sustenance rewards throughout the game, it’s no wonder that people wanted to play it so much.

At the Academy of Interactive Arts and Sciences awards (DICE Awards) in 1999, Pokémon  was nominated for:

After the ‘Golden Age of Video Arcades’ (Timeline 2016) in the early 1980’s, video games were hugely popular. With the Game Boy, the idea of being able to have an entire arcade machine in your pocket was a huge selling point for people. Especially those that, as children, played in the arcades, and were now adults and could have a sense of nostalgia and relive their youth. They could also share playing video games with a new generation. Had the Game Boy not been such a huge success as a console, Pokémon, which was released nearly 10 years after the release of the Game Boy, may not have been as successful and significant as it became. Games such as Tetris, which was already familiar from arcades, PCs and NES versions, was released on Game Boy in 1989. Whilst it was bundled with some Game Boy console sales, still, over 35 million copies of the game were sold in total. This really helped cement the Game Boy as a successful console, paving the way for Pokémon.

The battles follow a type of turn based system, it’s not the conventional type where one goes after the other, but more of a round system, where both parties select an action, and the person who has the pokémon with the highest speed stat goes first in that round. Each pokémon has up to 4 moves they can perform, and they learn different moves as they level up. The moves have a limit to how many times they can perform them between being healed. Strong moves tend to have lower limits than weaker moves. This added a lot of strategy to developing pokémon, as endurance also became a factor. The player could also choose to use an item, like a healing potion, swap the pokémon to a different one in their party, or attempt to run from the battle.

Whilst not all of the out-of-battle-abilities, or ‘HMs’ as they are called in game, are absolutely necessary, for example, it is extremely difficult to navigate a cave in complete darkness, but possible, most HMs are necessary. Another ability, ‘Cut’ is necessary to progress as some paths are only accessible by cutting down a tree that is in the way. HMs can only be used outside of battle after beating a particular pokémon gym leader, meaning that certain parts of the game had to be completed in a certain order.

The Indian Express (2020) Sega’s Game Gear wasn’t the Game Boy, but it had an amazing history [online] The Indian Express [accessed 31st October 2020] available from https://indianexpress.com/article/technology/gaming/sega-game-gear-wasnt-the-game-boy-but-it-had-an-amazing-history-6440793/