Today at a special event held alongside GDC in San Francisco, Sony announced the price and release date for PlayStation VR -- the company's VR headset for the PlayStation 4. It's launching globally in October 2016 for a price of $399 in the U.S.; it'll be priced in Europe at €399, the UK at £349, and Japan at ¥44,980.

Sony Computer Entertainment group CEO Andrew House announced the price and release date -- along with an exclusive StarWars Battlefront VR title for the system from EA.

The below slide, shared during the presentation, is of interest to the Gamasutra audience -- it's a list of the official tech partners Sony is working with on the system.

The presentation by House was short, containing a sizzle reel of games for the new headset -- you can get more details on the system's lineup, from December -- and showcasing the final hardware alongside the price. You can see a shot of what comes in the final retail box below, too. 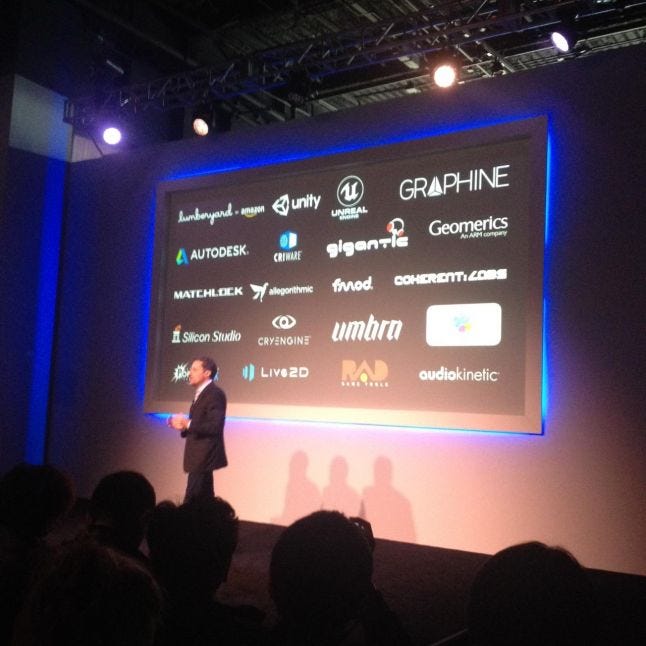 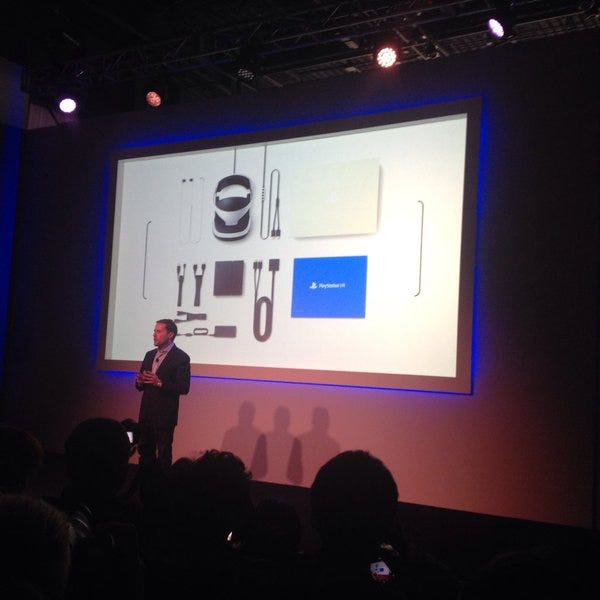