PC free-to-play revenue has doubled since 2012

Despite the negative perception surrounding microtransations, free-to-play spending on PC has actually doubled since 2012.

A new report from market analyst SuperData shows that revenue generated from freemium PC titles has risen to $22 billion in 2017 from $11 billion in 2012.

Meanwhile, revenue from PC and console full game sales increased by 60 percent to $8 billion from $5 billion during that same period.

"PC and console game publishers, who are aware that each segment has a finite audience, are looking for ways to further monetize both the existing audience and find new ways to attract new consumers by lowering the entry barriers."

The report suggests future game monetization may even mean triple-A publishers completely doing away with $60 products in favor of "product ecosystems."

However, as the recent Battlefront II loot crate debacle shows, it also warned that publishers still have some way to go when it comes to understanding how to best deploy free-to-play techniques.

"EA have by no means been the first to get burned by what appears to consumers as money-grubbing techniques," continues the report.

"It remains to be seen what effect EA's course correction on microtransactions will have on Battlefront II, but it’s fair to say the vocal fan community isn’t enthused. Despite this, it’s clear that gamers are continuing to spend on well-executed additional content, and the market presents a massive opportunity for publishers." 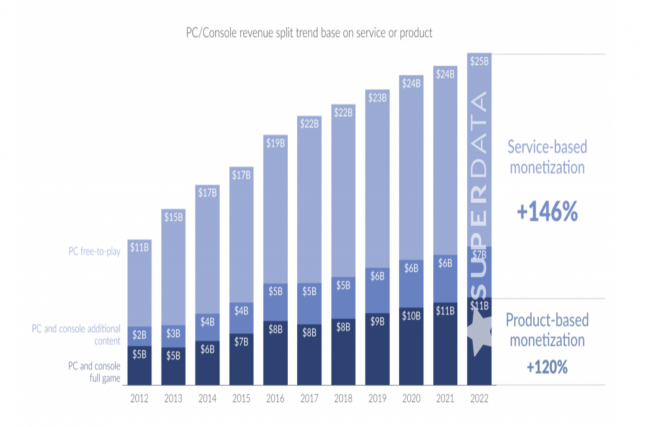